The life of a professional skier can be a tiresome one. Constantly traveling, physically pushing your body to the absolute limit and all the while keeping your mental game in primo shape. While these “job descriptions” might not sound appealing to everyone, they can be the perfect recipe for some. Everybody has to pay to play, but, as in most things, the endless work, travel, and hustle can lead to some really sweet payoffs. Just ask the nomadic snow sliding duo that is Mac Forehand and Cody LaPlante.

Along with their longtime friend and camera wizard, Jack Price, the rambunctious trio saddled up the horses and headed west to the Unbound hills of Mammoth, California. Mac and Cody, along with Dicky Thomas, Henry Robarge and Cody Ray absolutely wreak havoc on the rails, tubes, jumps and everything in between on the (mostly) sunny slopes of CA. And don’t be fooled; JP, the man behind the lens, has been known to be a damn good two-planker himself. This really is an all time young buck crew.

While the skiing might be the main attraction here, there is nothing better than seeing a group of homies having a blast, doing what they love and enjoying each other’s company. This might sound corny, but in a digital age filled with forced friendships slapped together simply to get more views, it’s always fantastic to see some dawgs coming together over genuine passion and enjoyment. This is what “The Sweet Life of Mac and Cody” supplies at its core: genuine passion. These fellas have been pals for a while, and with new episodes coming out on Wednesdays, there’s plenty of more ruckus to be witnessed in the future. Once again, skiing proves that it builds friendships and experiences like none other.

Watch more of The Sweet Life: 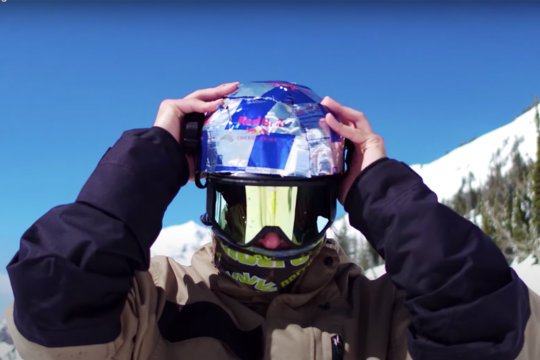