For many moons, Mitchell Brower has been terrorizing the Utah backcountry. His ability to always seem incredibly controlled in the air and stomp switch landings into knee deep snow is admirable to say the least. As one half of the Brothers Brower duo, Mitchell has a long history of incredible edits along side his brother Kevin. In “Swirl,” however, Mitchell is showcased solo-dolo, giving a recap of his 2020 season. Among many things, it is uniquely stlylish, from the soundtrack, to the shots, to the incredible animations—shoutout to Kevin Salonious for those beautiful creations. Just check out the little details, like the names of Mitchells previous edits on the tapes near the beginning; this edit is pristine and blends together like buttah.

As for the skiing, the personal touch that Mitchell B. throws into each trick is unmistakable. Much like this edit, his skiing is an example of expression and creativity in every way. The tweaked safety front flip a little over a minute into the video, for example, was something I have rarely seen, but a more-than-welcome surprise. His immense skill in the air can also not go unmentioned. The speed and height he acquires off every feature is absolutely insane, but his composure never seems to waver. The long time Atomic rider has been in the game for a while now, and whether it’s in a Level 1 film or a personal edit, his skiing is always captivating. 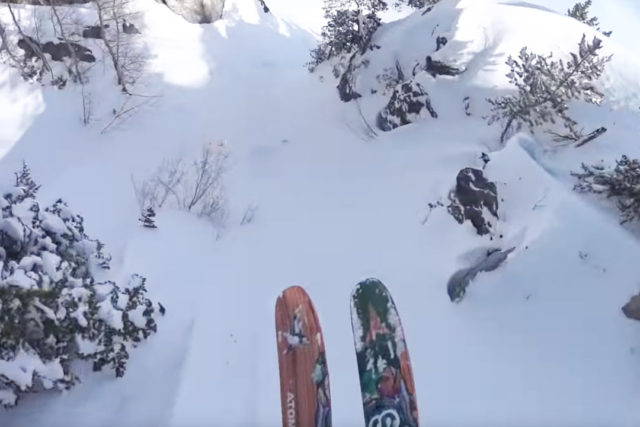