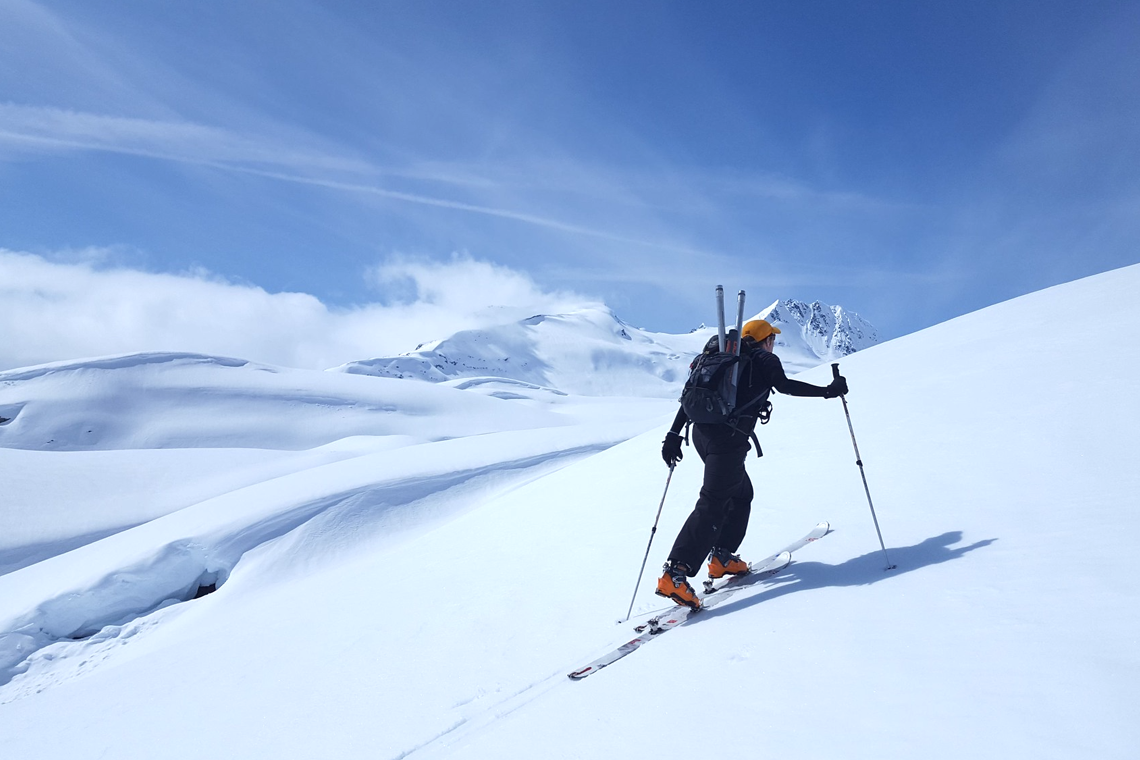 Sometimes it starts early in the morning over a cup of coffee and the glow of a laptop screen. Other times its late at night with a cold beer and an iron on the workbench. That moment when the cursor is darting from your calendar to your messages to trip reports to forecasts and model runs to snow telemetry and back. They say you won’t know if you don’t go, but there’s a fine line between scoring blower pow and Sierra cement and, if you’re going to burn vacation days on some sweet backcountry objective… well, it’d be nice to know before you go.

Trip planning used to be an art. An instinct. Sometimes you’d win. Other times you’d lose. That saying, “There’s no such thing as a bad day on the mountain?” must’ve been uttered by someone who has never buried their tips in breakable crust. These days, instinct still helps, but trip planning is now equal parts atmospheric science, snow science and computer science. And you have to speak acronym: GFS, WRF, MM5, SNOTEL, MODIS, SWE. I mean, WTF? High-resolution streams of information from websites and apps lure you in with promises to tell you about the weather and the snowpack hour-by-hour and kilometer by kilometer. But sifting through all the data and actually knowing what’s happening with the snow pack is easier said than done.

Where can I get Snow Data?

Where does all of this white magic come from? Who is serving up all of this beta? In the United States, we benefit from a staggering portfolio of publicly financed snow data. On-the-ground, or ‘in-situ’ measurements of snow depth come from Snow Telemetry (SNOTEL) and Snow Course Data (SCD) sites operated by the Natural Resources Conservation Service. SNOTEL provides daily depth and density data at over 700 locations in the western part of the country. Remotely sensed measurements of snow come from airborne (plane or UAV) or satellite platforms. Light Detection and Ranging (LIDAR) measurements from these platforms provide ultra-precise, high-spatial-resolution measurements of snow depth. And satellite missions such as the European Space Agency’s Sentinel program and NASA’s MODIS sensor also provide incredible information on snow covered area (SCA).

Wait, You Mean I Can Help?

These data products are consumed by a wide range of users including water managers, snow safety professionals and winter recreationists—much like you—who want to know just how far of a hike it is between the trailhead and the skin track. Starting three years ago, however, NASA funded a program that allows front-, side-, and backcountry skiers and riders to directly contribute to improving the quantity and quality of snow information that is available to the public. Called the Community Snow Observations (CSO) project, this program crowdsources snow depth data and then assimilates these data points into high-resolution snowpack models that predict the evolution of snow cover and snow depth in high mountain environments.

Participating in CSO is quick and easy. Depth measurements are made with your avalanche probe or other measuring device. Protocols on making measurements and selecting representative sites are provided on the CSO website. Your smartphone is the second piece of gear you need. Even if you’re out of cell range, the GPS on your phone knows where you are and what time it is, critical pieces of information for the project. Third, you need to have the Mountain Hub app on your phone. Mountain Hub was founded in 2015 with a vision of a crowdsourced information network for the outdoors. Mountain Hub was acquired by Mammut in 2017 and then just this summer, the CSO project acquired it. Easy-to-follow tutorials on using the app are also found at our website. With just a bit of practice, you can stop, assemble your probe, log a measurement and be on your way in a few minutes. So, stopping in the skin track to shed a layer? Pull out your probe and send in the data. Ripping skins at the start of a descent? The snow needs a few more minutes to corn up…pull out your probe, check the depth, and tell us all about it. Cooling your heels waiting for your out-of-shape partner to catch up? Might as well do some snow science while you wait.

Why Should I Collect Snow Data?

So, what’s in it for us? Well, we get unique, high-elevation data that we get to study and share with NASA. And, NASA gets to use these data points to validate their numerous airborne and satellite assets related to snow. That’s great, but what’s in it for you? Glad you asked. With your data, we can build better snow models and create the best available maps of snow distribution and evolution. With these maps, you can have current information about the coverage before you start a tour. You can have the latest intel on how much snow dropped in your favorite couloir last week. We’ve all got a stake in current, accurate snow information and through the CSO project, you can help to co-produce it.

The CSO project started as just an idea up in Alaska, but our modeling program has grown to cover a large number of sites in the western US. And, we’ll continue to grow and roll out new modeling efforts as people begin to participate in new locations. The recreational snow community is in the driver’s seat, in terms of where our team works. Fire up a campaign of measurements in your mountain range with you and your partners, tells us about it, and we’ll boot up the computers and get busy.

In addition to the science team, CSO has a world-class lineup of ambassadors. These ambassadors are mountain guides, professional athletes, snow scientists, educators, and people who are just snow obsessed. We are always looking for more committed people who are interested in supporting and collaborating on the project, so shoot us a line if you are interested. Finally, the true core of the Community Snow Observations project is the community. Members of the public, like you, who value snow and open access to snow information and who take the time to submit data and to reach out to us with ideas and suggestions are what make CSO successful. There is no crowdsourcing without the crowd and we welcome your contributions to this vision of a community-fueled understanding of snow.

David Foster Hill is a professor of Civil and Construction Engineering at Oregon State University, an avid skier and a leader at a NASA-funded project called Community Snow Observations. 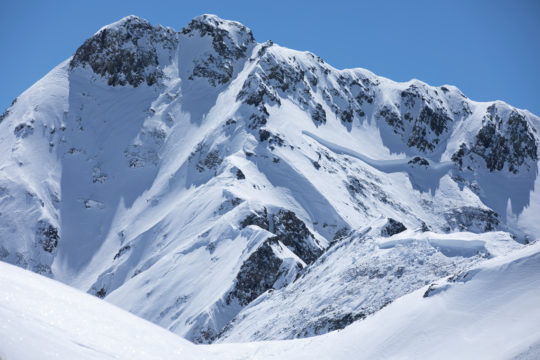 #Avalanche: In a world obsessed with social media, avalanche centers are relying more and more on the attention-grabbing platforms to better equip backcountry skiers