Cold Fusion on Utah’s Mt. Timpanogos is a classic line for good reason. Visible from Salt Lake City, Cold Fusion beckons skiers and mountaineers from all over the United States for its beautiful ascent and roughly 3,000-foot ski descent. When a last-minute call from a knowledgeable local gives Cody Townsend and videographer Bjarne Salén the green light to send it, the guys pack up their trucks and hit the road to head east from California the next morning.

Joined by Utah locals and fellow Salomon teammates Drew Peterson and Mali Noyes, the Cold Fusion crew is greeted with sunny skies and uncharacteristically stable avalanche conditions for a joyous and relatively worry-free expedition. Despite a bit of bushwhacking to find the trailhead, letting ex-cross-country skier Noyes set the uphill pace and a few rocky turns at the top, Townsend chalks Cold Fusion up as a resounding success for episode 22 and line 21 of his attempt to ski all 50 Classic Ski Descents. 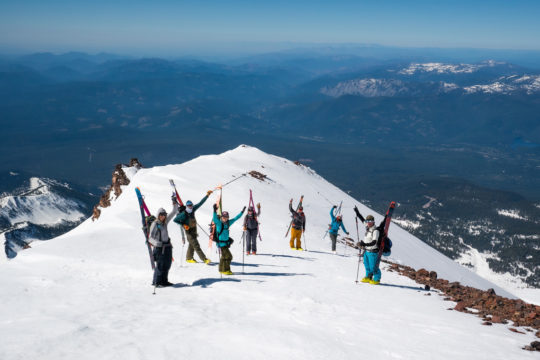