When philosopher Aristotle coined the infamous quote: “The whole is greater than the sum of its parts,” he certainly wasn’t thinking about how that applied to skiing. Often categorized as an individual sport, skiing is, plain and simple, just better when you’re doing it with your friends. Shared memories and laughter, cliff hucks and stomped landings, dirty jokes on the chairlift, frosty beers back at the bar—there’s nothing better than experiencing life on skis surrounded by your crew. Skiers Veronica Paulsen, Tami Razinger, Max Martin, Laura Gaylord and Sophia Schwartz—the Greater Than Sum crew—are here to prove that in their new, three-part web series of the same name.

In the first episode, featured above, edited by Susie Theis and Stephen Shelesky, we get to know the collective and how the group’s shared home of Jackson, Wyoming, brings everyone together as friends and ski partners. Focusing on each athlete’s diverse strengths, accompanied by beautiful footage of skiing some of Jackson’s most iconic lines, the first episode of Greater Than Sum sets us up nicely to follow the crew along through the rest of the series. Buckle up, Greater Than Sum is just getting started. 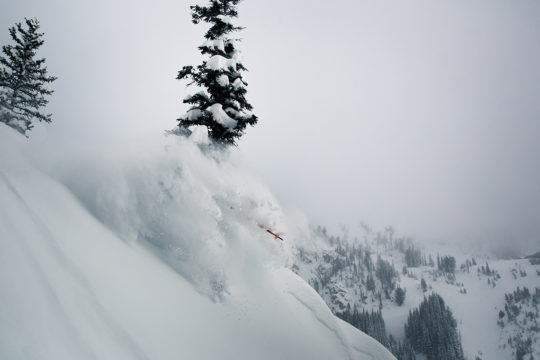