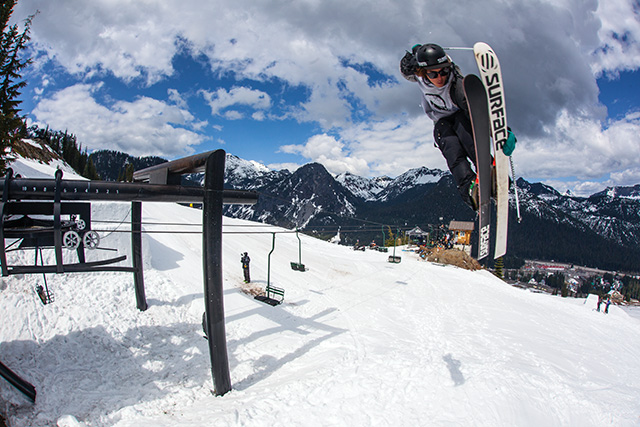 Khai Krepela is part of a changing of the guard for Level 1 Productions. With several longtime Level 1 athletes currently pursuing solo projects, Krepela has seized the opportunity to become one of the faces of the ever-popular production house, stacking shots for the 2014 film, less. We caught up with the Park City native for a glimpse into the mind of one of skiing’s rising stars.

What’re you up to right now?

I’m currently on a trip with Tim McChesney. We drove down to Southern California to do some surfing.

You guys have spent a lot of time together over the last year, filming for less. Any particular times that stand out to you?

To have Josh [Berman] initially invite me out on a trip to New York with Will Wesson, Freedle [Coty] and George Watts blew me away. The highlight was just the fact that I had the opportunity to film with a company that I’ve been a fan of since childhood.

Were there any shots that were particularly challenging?

The seven kink in Grand Rapids, Michigan was definitely the toughest. It took down a couple of people. Banks [Gilberti] and Sandy [Boville] hit it for a while, and then I hit it for two days. Finally, I got it. I’m stoked on the shot. It’s definitely the hardest I’ve worked for one.

You’ve been skiing with some of these guys, like Shay Lee and Sandy Boville, for years. What was it like to be able to film with such close friends?

To share the experience of filming with a company we’ve all followed forever was a dream come true. We laughed about how two years ago when Toy Soldier [Productions] ended, we were like, “Crap, what do we do now?” Being able to [film together] again was amazing, nothing’s changed; we just got back into our groove and made it happen.

It was also just a few years ago that you linked up with the Yoke Collection. What’s the deal with that?

I personally think that the Yoke Collection is the best thing to happen to skiing in years. With the Olympics this past season, the bar has been raised on the professional aspect of what we do. Yoke has this mindset of, “this is skiing, we’re sliding down a hill on wooden planks, it’s weird.” We’re trying to convey to kids that skiing’s not all about double flips or any of that. As long as you’re having fun and you’re good at what you’re doing, you’re going to kill it. 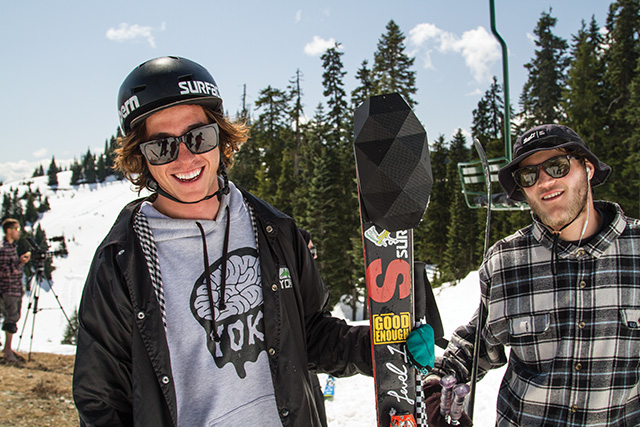 Being a guy that skis for both cameras and judges, do you find fun in both zones? I’m sure you had a pretty good time taking home the top prize in Rails to Riches this year.

It’s really to each their own. I admit that I have a competitive drive inside of me. I like to do rail jams because when you go out skiing with a couple of friends, you’re really just playing a fun game and trying to one-up them. We do that every day anyway. Why not do it in comp form and try to make some money?

Every skier faces challenges of various sorts as they weave their way through their career. You faced a particularly tough one when your father passed away suddenly in 2012. What impact did that have on you and your career?

My dad moved to Park City from California to become a ski bum and raised me as a skier. Ever since I was a little kid, he supported me 100 percent. [When he passed away], I was living in Tahoe and thought about just moving home. But then, I was like, “No, my dad would kick my ass if he saw me give up and stop following my passion.” Every time I’m standing at the top of a rail and am scared or anything, I just think, “My dad’s with me. He’s going to help me out, make sure I’m alright. If I get it, he’ll be stoked.” I want to do a project dedicated to him at some point.

Sounds like you have some big plans in store for the future. Anything in particular for next season?

I definitely have big plans. I want to ski in Europe, ski some pow, and I want to film a better segment. Each year, I say, “This is going to be the best season of my life.” But how could this season top [2013-14]? I just want to keep it going and have fun along the way.