The Bunch has just released an edit showcasing a day in the life of LSM, filmed last month in and around southern Stockholm. We caught up with LSM for a brief Q&A about this project, the upcoming movie from The Bunch and his expanded partnership with Electric. 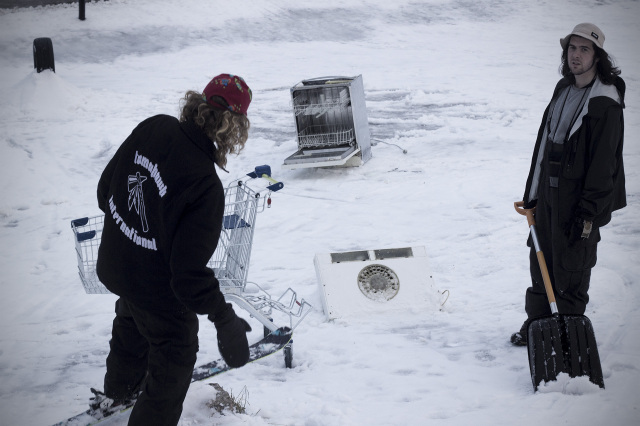 One man’s trash is another man’s treasure. Photo by Gustav Cavallin.

FREESKIER: Tell us about your latest “day in the life” project.

LSM: I come from southern part of Stockholm. Urban skiing is easy and accessible here. It is how Douglas Källsbo (also from The Bunch) and I learned how to ski. After school and on the weekend we could walk, take the bus or take the train to some spots and try to find some new shit. Now that we are older and can use a car to go between spots, it’s mad chill and makes it possible to hit a lot of spots in the same day. In this edit you’ll see like ten or so different spots; I think we hit thirteen spots in total that day.

We’d say most crews are happy to get two or three spots done in a day. What’s it like to hit thirteen?

Sometimes you only hit a spot once or twice before moving on. For example, the one footer and tail press on the down rail were my only hits on that rail. With urban skiing, it’s easy to spend a lot of time trying to get something really impressive and difficult at one spot, but that’s not how we grew up skiing. I just wanted to show the kind of shred mentality that shaped us. When we go out, there’s no goal and no expectation. It’s just, “go out and get it.” 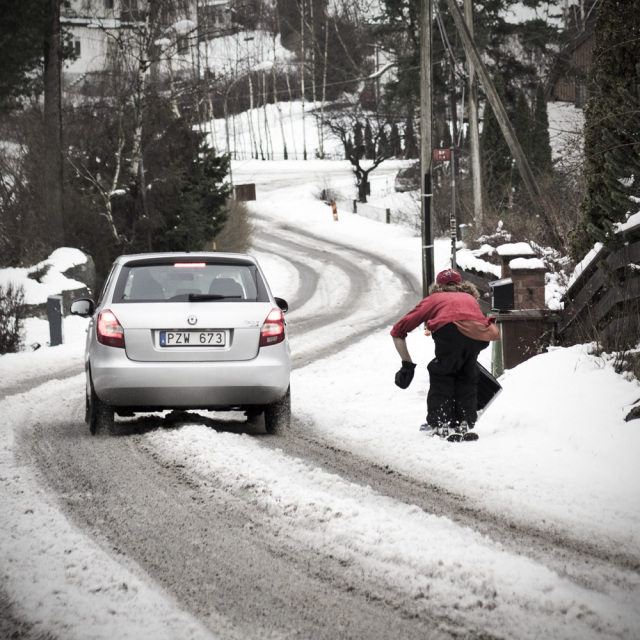 You also just signed a bigger deal with Electric. Tell us about that.

I’m really proud to join the Electric family with some of the illest skiers, snowboarders, surfers and skaters. I’ve been skiing for the Sweden team for awhile now and I finally got invited to join Parker [White] and my favorite skiers on the big team. I’m looking forward to a lot of fun collaborations with Electric, but mostly they are just hyped on me doing my thing and want to support that as much as possible.

And lastly, how’s your season been going?

This season so far has been really stress free. I have mostly just been filming with the homies all day. As you might know, I decided not to film with Level 1 this year. Instead, I am putting all my efforts towards the third movie by The Bunch, FINITO. There were many factors that led to this decision, but when the time came it was an easy move. Both Electric and Tomahawk are backing me 100% for putting focus on one project, and are really down with what The Bunch have done so far. Also, since I’m focusing on one project, I have had the time to do some stuff on the side as well, like this “day in the life” edit and some other weird video and photo projects. We already have enough footage for a full movie, and I think this third (and final) installment will be surprising and exciting.