The leaves are falling, the temperature dropping and the preseason excitement is building as the days grow shorter and the nights grow longer. And what better way to dive into the happiness of winter than watching three world class skiers at the legendary Mike Wiegele Heli Ski operation get barreled harder than Chicken Joe in the finals at Pen-Gu island. This type of Trench Town action is the stuff of fairly tales and madness. The laughter and energy from this group of talented rippers cannot be understated, and really shows how skiing can bring out the very best in people. As senior guide Bob Sayer proclaims, “Watching somebody ski down toward you with the snow blowing up over their shoulders and just a head or a hand coming at you… it’s magical.” Well said, Bob. And with a mustache like that, anyone would be a fool not to trust you. While many can only imagine snorkeling through the copious amounts of snow seen in this video, everyone who has put on skis can in some way or another relate to the type of excitement that all but forces one to let out a cry of joy while tearing down a run. This could be the year your local mountain gets that “once in a century” storm, or it could be a year of park laps and groomer ripping. Either way, as skiers, we will find ways to pursue the same type of energy these three put off while chowing through eye ball deep powder. 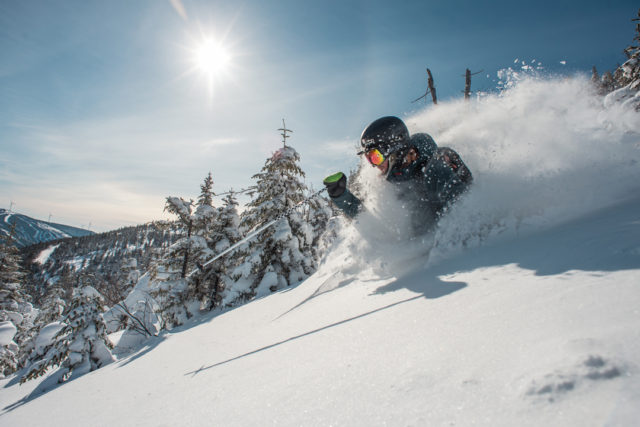