This fall, Faction is coming out with a highly-anticipated film titled This is Home, featuring the brand’s long list of team athletes. The premise: send each athlete back to the places where they cut their skiing teeth along with a full film crew and proceed to stack absolutely mind-blowing footage. So far, we’ve seen teasers from Adam Delorme and Antti Ollila (see ’em below) who show us around the Montana backcountry and the streets of Finland, respectively. Now, we’re getting a sneak peek at Johnny Collinson’s turf: Little Cottonwood Canyon, Utah.

“Growing up in Little Cottonwood Canyon was pretty awesome ‘cause we had Snowbird and Alta as our playgrounds,” Collinson explains. “It was an epic place to grow up with my sister [Angel]; we learned from an early age how to ski in big terrain. Our parents just let us loose and we roamed around Snowbird and Alta and had the most fun out there every single day.”

As was the case with other Faction athletes, Collinson found great joy in filming where he grew up—especially considering Utah’s ample snowfall this year.

“The whole photoshoot was super fun,” he says. “Utah had so much snow this season. There were so many lines and zones that were completely filled in with snow… places that I haven’t seen filled in like that in a long time. It was perfect timing. And apart from the great conditions, despite growing up in Little Cottonwood Canyon, I’ve never really filmed around my home. We skied all of the classic lines: Superior, Wolverine, Ivory Flakes… It was fun to document that. I’ve never even skied a lot of those [well-known] lines, so it was fun to be exploring my own backyard in ways I hadn’t done before.” 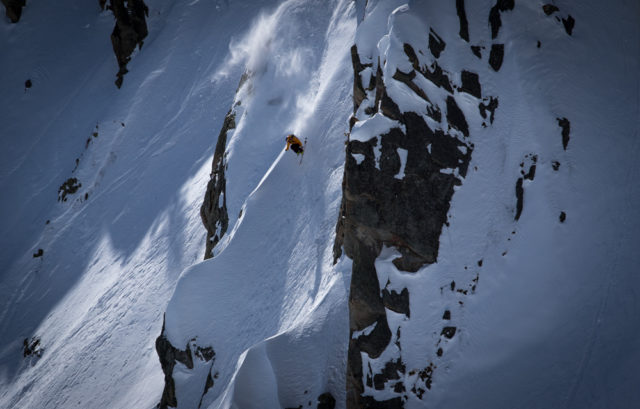 In addition to experiencing various Utah lines for the first time, this was Collinson’s debut film shoot with Faction, and more specifically the brand’s primary cinematographer Etienne Merel. As expected, the crew was out there working ridiculously hard to get the job done.

“I hadn’t worked with Etienne and Faction’s filming crew before, it was sweet to get out with them,” says Collinson. “It’s not easy… We were ski-touring everything and carrying around heavy cameras and drones—all of that is a huge task and filming in itself is another challenge. I was super impressed with everyone who was along for the ride and super psyched with how the footage turned out.”

Collinson says he’s thrilled with the general premise of the upcoming film, too, not just his segment.

“I’m super stoked on the fact that Faction is making a team movie. They’ve always done such great work with the Collective edits. Turning that production expertise into a full-length film with all of the riders is super awesome. I also think the idea of basing the project around everyone’s home is very cool and personal. It’s not just these exotic locations. It’s home. Getting some insight into all of these skiers is something that I know people will appreciate.” 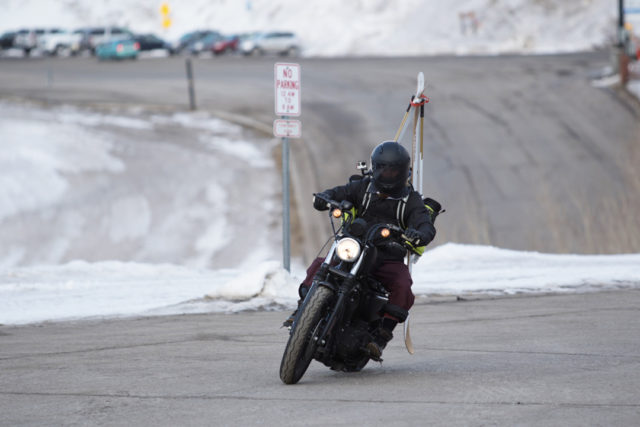 Collinson en route to Alta via motorcycle. Keep scrolling for more photos from the shoot.

The video above shows a sneak preview of Collinson’s time filming with Faction, which most folks would agree is wildly badass. He gets up, makes breakfast, hops on his motorcycle, shreds to Alta and meets up with fellow Faction athlete Sam Anthamatten to shred some gnarly terrain in the Wasatch Range. The photos further down on this post provide an even deeper look into the trip, as well.

Take a look at Collinson’s teaser, carry on to Delorme’s and Ollila’s, below, and get stoked for This is Home because it’s going to be one of the year’s best ski films, without a doubt.

Adam Delorme’s This is Home teaser

Antti Ollila’s This is Home teaser

Photos from filming This is Home in Utah 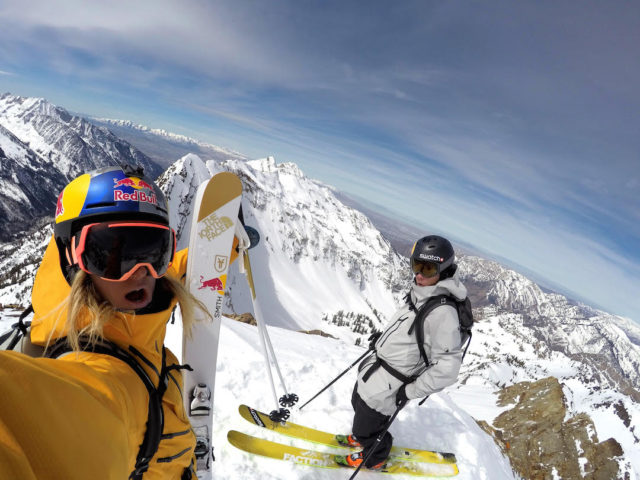 Collinson and Anthamatten topping out in the Wasatch. 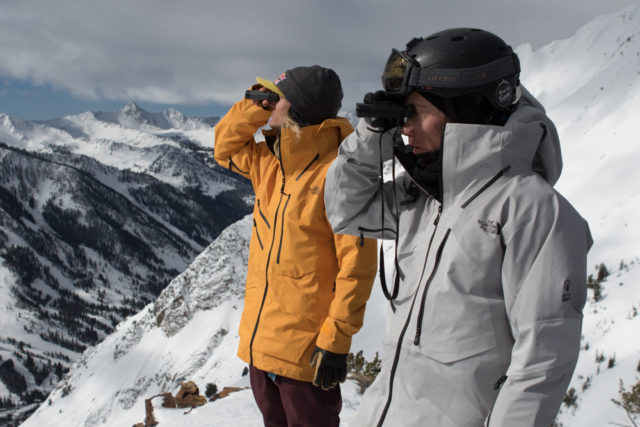 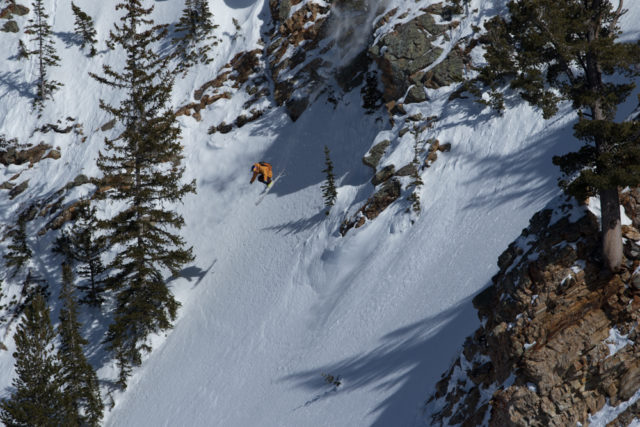 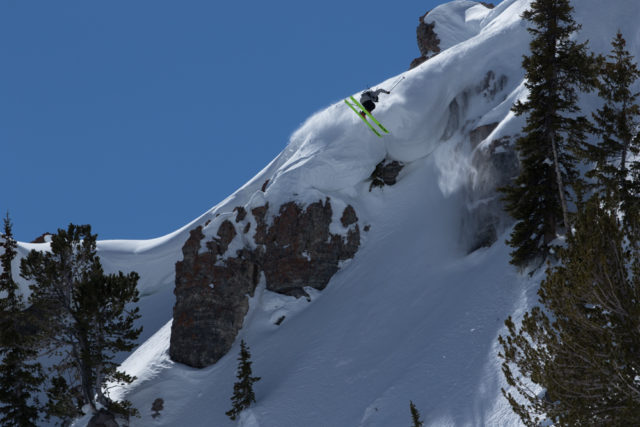 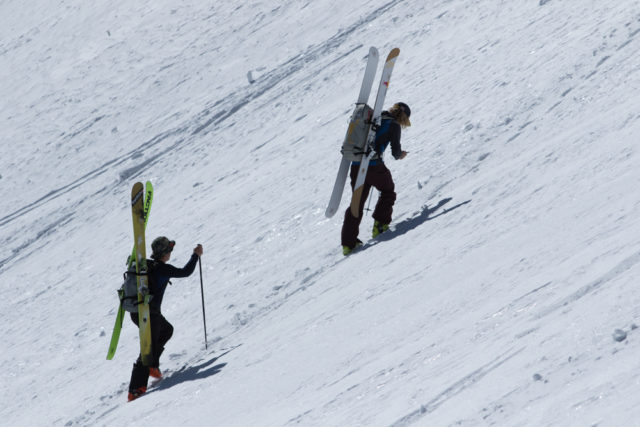 Back up for another one. 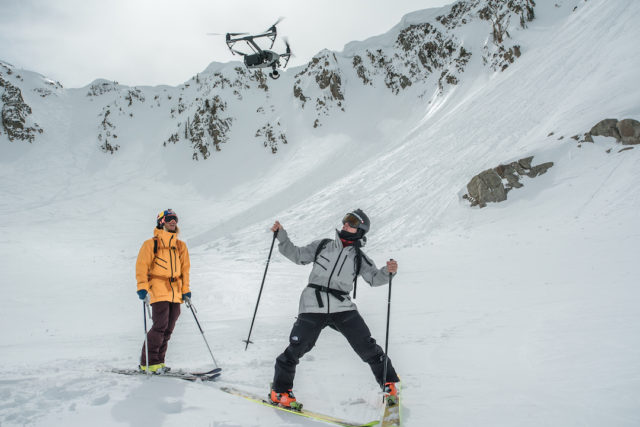 Attack of the drones! 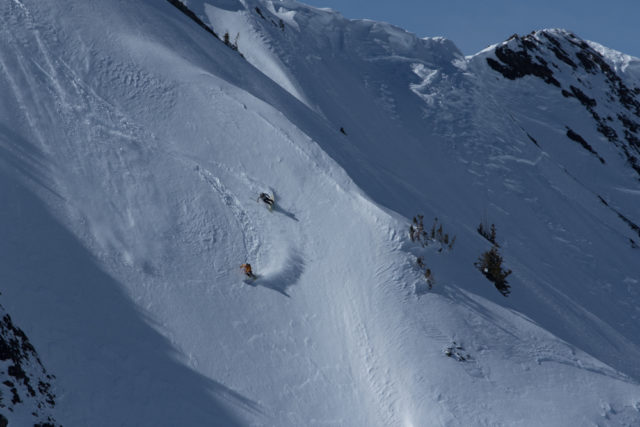 Party-skiing down a massive Utah face. 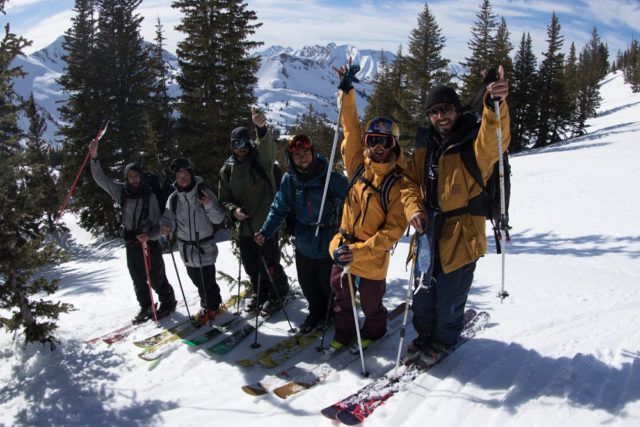 Faction’s squad for the Utah shoot in high spirits, knowing damn well how rad this film’s going to be.

'This Is Home' shoot is underway in @samanthamatten 's backyard in Zermatt 📷: @etiennemerel

That's a wrap! Verbier shoot is over for this year! 📷 @marbernard

@timmcchesney wraps up the trip with a giant air on the final day of shooting. Watch the full behind the scenes from Montana – link in bio 📷 @jeffcricco

Adam boosting in his natural habitat. Even though he lives in Colorado, Montana is where @sledneckturbo was born and bred and is the place he calls home. Watch the full behind the scenes – link in bio 📷@jeffcricco 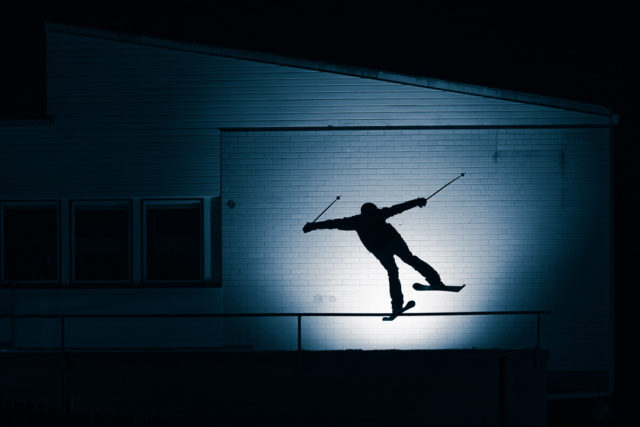 Here’s a sneak-peek at Faction Skis’ next big project