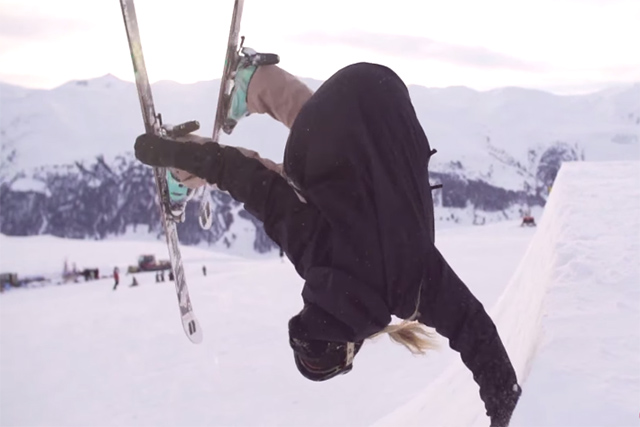 “Maad” Maude Raymond is on the grind. The 2013 FREESKIER female Skier of the Year has spent the majority of her “off-season” getting jacked and improving her bag of tricks. The French Canadian star of the Maad Maude web series has also added a couple of brand new sponsors to her arsenal—including SPY and Discrete Headwear. We recently caught up with Raymond to get the scoop on her summer workouts, plans for the upcoming season, her recent signings and more.

My fall is going great so far, thank you. Things are going really well in school and I love the academic challenge. I am also working hard on my upcoming winter project and signature clothing.

You’ve been training super hard for the coming season. How are you feeling physically?

Yes, I have always worked super hard physically, but I have been taking it on to the next level for the past year and a half with my new trainer, Kenny Sprakling. Our combined work ethic is the best. He follows me throughout the season and updates my training programs with what I am doing physically and where I am traveling to next.

You stomped a double on the tramp recently. Do you have plans to bring that to snow this winter?

[Laughs] Oh yeah. I have plans to step a few things up next winter in a few different directions. I am really excited.

You’ve also added a couple of new sponsors this summer. Discrete as well as SPY. Congrats. Want to touch on that?

Oh, thank you. Yes, I am so happy to have found both SPY and Discrete. We understand each other so well. When Discrete approached me, they were completely understanding what I was trying to create, and just wanted to help. The MAAD hats and beanies will be off the hook. 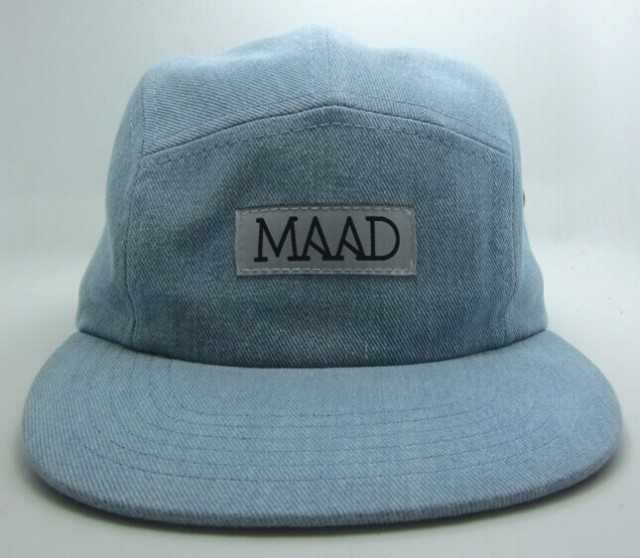 Where will you spend the majority of the coming season?

This winter I will be traveling a lot. Between Utah, Colorado, Canada, Europe and Canada mostly. I will hopefully, probably, have a foot down in Colorado again where my homie Keri Herman resides, but we shall see.

Can we expect to see more episodes from your Maad Maude web series?

Yes, that is also where things I will spice things up a bit. Details to come sooner than later.

Who or what is inspiring you right now, both on and off of the hill?

Right now, life and the love around me inspires me so much. Creativity is huge for me also. I’m currently learning to design clothing. Being in the city, in school and meeting new people does inspire me a lot too. Working out with Kenny definitely helps me to be inspired to do bigger and better things. My new skiing partner inspires me a lot for what is coming up. I am happy right now, my surroundings inspire me the most.

Are you moving away from the contest scene?

I am. The only kind of contests that fuel me at the moment are the Nine Queens event, Red Bull street, War of Rails and West Coast Sessions. The other contests are great, but I feel that there are too many changes and at the same time not enough changes. Someone once said to me, “There is no place or money in the women’s filming.” Also, a few close homies have told me that I should make my own thing. So I guess I will take a leap of faith here and do what I love, finally.

FREESKIER’s Skier Of The Year voting is right around the corner. Who’s your pick for best female and male Skiers of the year?

It is so hard for me to pick and choose. There are so many different skiers that I like.

Any advice for the up and coming freeskiing ladies out there?

Never give up. Do you.

Thanks Maude. Best of luck this season.