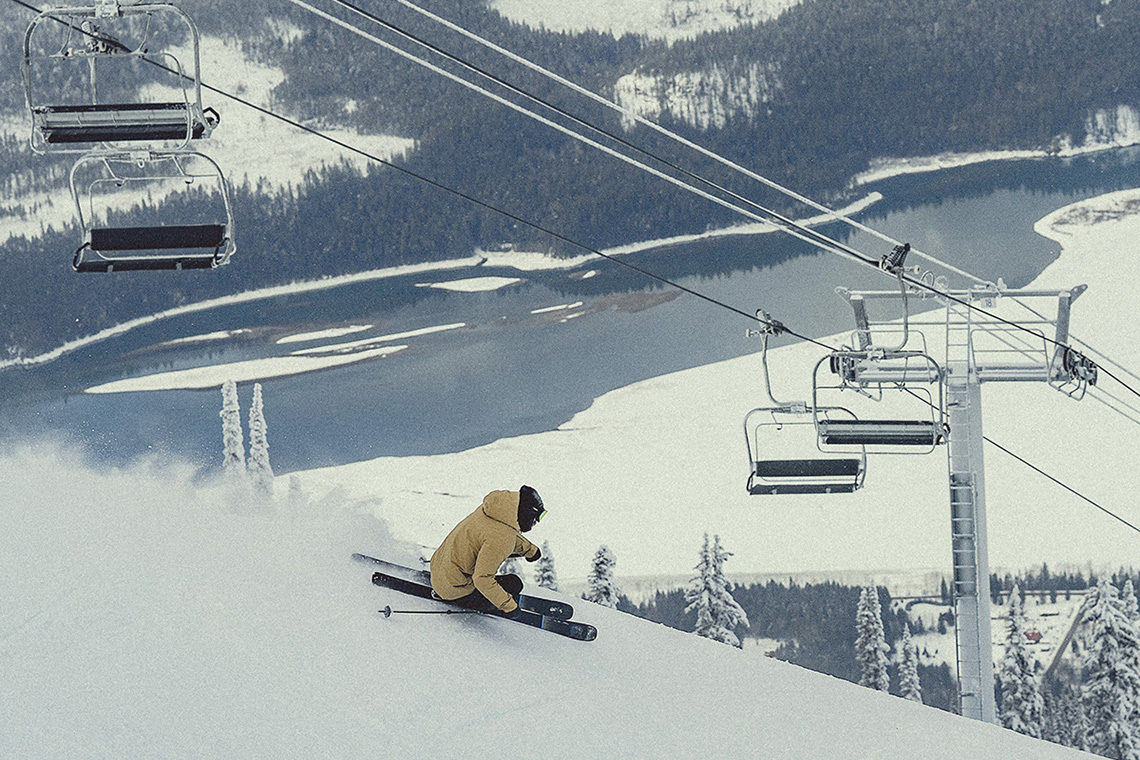 When you think of Armada, images of skiers like JP Auclair, Tanner Hall, Henrik Harlaut and Phil Casabon bending tips, grabbing mute while inverted and spinning every which way likely come to mind. Or, perhaps you envision Todd Ligare and Tof Henry rocketing down exposed big-mountain faces. While only about twenty years old, Armada is one of the heritage brands of freeskiing, specifically, founded to help push skiing forward into a new age coinciding with the newschool movement of the early 2000s.

Armada remains dedicated to its original ethos, but the release of the new Declivity series marks a new chapter in the history of the brand, with this line specifically catering to a more recreational form of skiing that will be a hit with North American resort skiers.

Henry and Ligare were instrumental in the development of the new ski line, specifically the Declivity X, a 118-millimeter wide freeride ski meant to charge steep faces with variable snow conditions. Design elements from the Declivity X were implemented into the rest of the Declivity line, and the 102 Ti, 92 Ti and 82 Ti are all presented in much more approachable packages.

The 102 Ti, 92 Ti and 82 Ti are built with caruba wood, which is a lighter weight alternative to poplar, as well as two layers of Titanal to stiffen up the skis and improve responsiveness, without weighing them down. In the tip, vertical-running strips are cut out of the top layer of Titanal and replaced with a special elastic compound, intended to improve turn entry and add an energetic feel. Armada calls this building technique, Articulated Titanal Banding (ATB).

In December, I got on the Declivity 102 Ti and 92 Ti in ideal testing conditions during a cold, bluebird day at Vail Mountain, Colorado. It was midweek, meaning zero crowds, allowing me to really open up my turns and explore the ski across the entire slope, and the fresh corduroy was an absolute delight on these skis. The turn initiation, in particular, of both skis was astounding, and I could really let them do all the work for me, and they responded to as little or as much input as I gave them, without any squirreliness.

Hans Smith, co-founder of Armada, noted that “A strong turn is the most foundational element of skiing technique. In our space, it’s what separates a well-rounded skier from the pack.” Focusing on the foundation of a strong turn revealed itself splendidly with the Declivity 102 Ti and 92 Ti.

Off the groomers, in the bumps and the muck, I really got a feel for the ATB construction, as the reduced Titanal and addition of the elastic compound in the tip allowed for quick maneuverability up, over and around obstacles, again, with little energy wasted on my part. The sometimes monumental effort it takes to quickly pivot in these conditions, as found in many metal skis, was non-existent.

FREESKIER will get the opportunity to further test the Declivity series at its Ski Test in March on Aspen Mountain, a ski area that, based on my few runs on the skis, will be perfectly suited for its capabilities. The Declivity series will go on sale in February, so be on the lookout if you’re in the market for a ski that takes the thinking and effort out of turning, yielding a fast, smooth and powerful ride in all conditions. 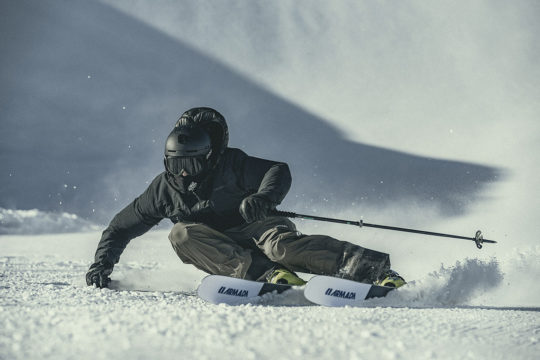