One of the most intriguing aspects of Faction Skis is easily its investment back into the its athletes, often through insane film projects that showcase their riders in every way. “The Collective” was one of the most inspiring and momentous projects I ever laid eyes on, consisting of a diverse group of skiers, each excelling in his and her own style and discipline. The talent the Verbier-based brand has amassed is almost unparalleled, and it’s hard to believe the company is only 14 years old, founded back in 2006.

Many of The Faction Collective’s projects span multiple styles and showcase unique riding styles across the world of skiing. “Zermat to Verbier,” however, zeros in on the very technical and impressive ski mountaineering and touring done by the freak athletes Sam Anthamatten, Elisabeth Gerritzen, Yann Rausis and Anna Smoothy in the high peaks of Switzerland. They travel along the jaw-dropping Patrouille des Glaciers route, which heads out from Zermatt, pit stops in Arolla and twists through the Alps to a finish in the fabled Swiss mountain village of Verbier, Faction’s home.

Originally beginning as a Swiss Army training race in 1942, the Patrouille des Glaciers, or “Patrouille” as it is commonly known, translating to “patrol of glaciers” or “glacier patrol,” was an intense voyage for only the bravest souls. It was abruptly ended in 1949 when several military personal died on the route, but was re-booted in 1984 and open to the public—only men at the time but, two years later, it opened the gates to women, too. This intense and brutal journey has been a ski-mountaineering staple ever since.

Watching the dated footage of the valiant participants, braving freezing temperatures and winds with their faces coated in ice gave me a new level of respect for those who have paved the way. Without the pioneers who strapped on their leather boots and lugged heavy gear, all the while hiking and descending on 210cm twigs, skiing simply would not be where it is today. All respect to these trail blazers who made it through the toughest conditions with nothing but passion to fuel them.

With the race being canceled this year due to COVID, the small but mighty four-person Faction crew decided to explore the trail. But, instead of an emphasis on the time, they decided to focus on the immense skiing found in the surrounding peaks. The trials and tribulations faced on the journey seemed tough, to say the least. From early morning rises to using a banana peel as toilet paper, the crew faced each task with a welcoming smile, arms open to the opportunities that lay ahead. I have nothing but admiration for these courageous adventurers who pushed their bodies to the limits and were rewarded with the stunning views and lines seen in the film. Also, big shoutout the camera folks; let’s not forget, they, too, went along on this voyage with the mass of equipment necessary to capture a project like this in tow. Most impressive.

An incredible cinematographic and athletic feat, “Zermatt to Verbier” is without of a doubt an example of what can be cerated when a ski company really embraces its athletes visions and desires; pouring money and time into projects like these, Faction has cemented itself as one of the top companies in the ski community. CEO and co-founder Alex Hoye has backed this, stating, “We simply wanted to build a brand with a focus on creating better products, and we respected and got more involved with the people who buy our skis.”

The Faction Collective is poised for growth and, if it continues giving back and supporting the world of skiing as much as it has, I see no problem with that. After all, as a corporation producing a product in the world of skiing, it is all but vital that the money it receives is not divided up between the shareholders but rather pumped back into the industry that will (hopefully) use it to support those, in the form of videos or goods, who are bringing skiing to a new level and share their progress with the world.

In the same breath, it is the responsibility of us, as the consumer, to use our dollars wisely, and put them towards nurturing and progressing the industry we love. While Faction is far from the only company doing this, it is certainly setting a great example.

For more info on the Faction business plan straight from the source, check out this interview with Faction Co-Founder and CEO, Alex Hoye, here. 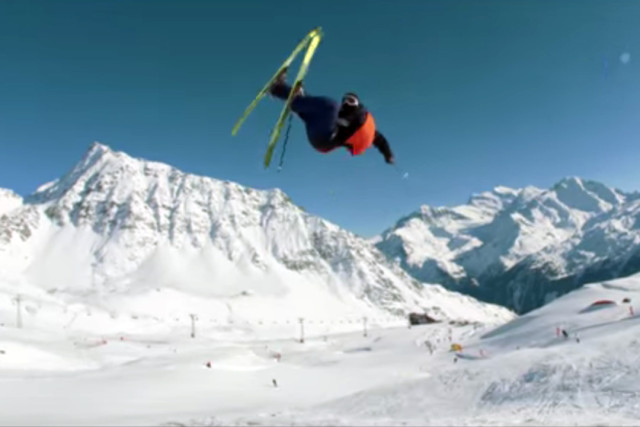