In episode and line 19 of Cody Townsend’s attempt to ski all 50 Classic Ski Descents in North America, the professional skier and his trusty partner and videographer, Bjarne Salén, head to Washington state to Mt. Baker’s Watson Traverse. The second traverse in Townsend’s mighty quest, Salén makes an interesting observation: No one wants to join them on these big traverses, including local tele-skier Adam Ü, who’s at least willing to provide beta for the line.

First skied by Dwight Watson in 1939, Watson documented his day-long journey on a 16mm camera and a few clips of the monumental ski descent still exist today. Just under 14 miles long and over 10,000 vertical feet gained, the Watson Traverse is not the hardest mission Townsend has set out on, but it’s certainly not to be underestimated. Inclement weather with just a few hours to safely summit and a melting glacier littered with dangerous crevasses threaten Townsend and Salén’s attempt but a 3 a.m. start and efficient route set the two up for success.

While the ski descent was less than impressive for Townsend, the rate at which the glacier is melting means the Watson Traverse may not be possible to ski for much longer. 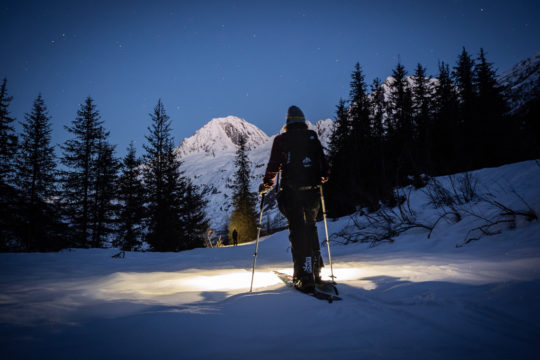