As a bonus episode of The FIFTY Project, Cody Townsend dropped his short film Peak Obsession online for all FIFTY fans to enjoy. The 32-minute film, made in collaboration with Teton Gravity Research and Team 13 Productions, follows Townsend and team—videographer Bjarne Salén and professional snowboarder Jeremy Jones—to Alaska to complete two of the most challenging lines in the book, Meteorite Mountain and Pontoon Peak.

After turning around just short of Pontoon Peak’s summit in early March due to sketchy snow conditions, Townsend and Salén returned to The Last Frontier when they got the call from Jones to join him on a late-spring summit push. With very little beta and a whole lot of bush whacking, the trio made the long trek to the summit of Meteorite Mountain during a beautiful weather window; line 17 took over 17 hours to complete but the skiing made the slog more than worth it.

A hankering for redemption and a favorable conditions report also led the crew to Pontoon Peak after just a single day of rest. Sunshine and a significantly smaller approach made for a successful 18th line tagged and bagged, putting Townsend two lines closer to skiing all 50 Classic Ski Descents in North America. 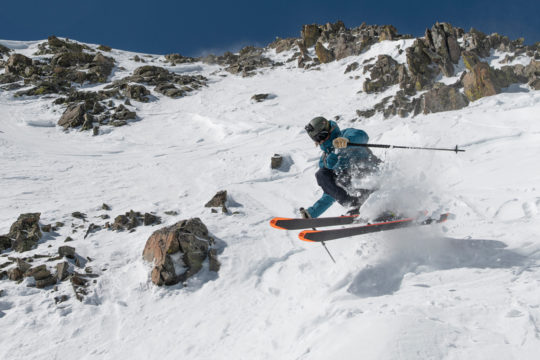