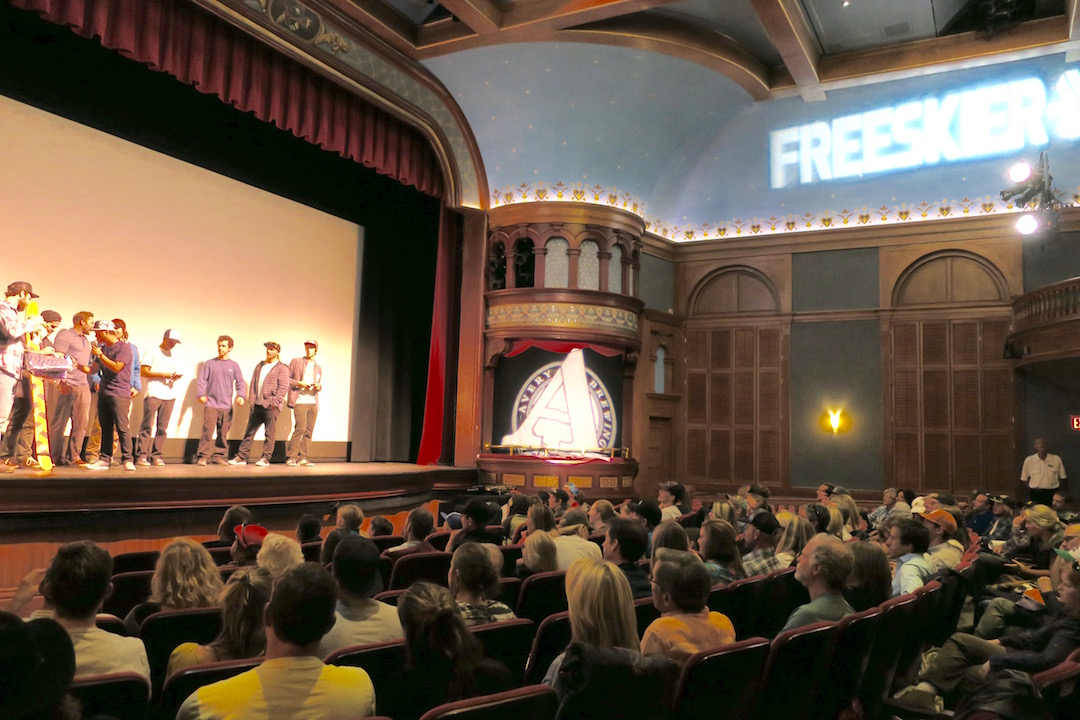 Aspen is a consistently wild town, but last night was especially wild thanks to the premiere of Matchstick Productions’ (MSP) new film, Ruin and Rose.

At 6:30 p.m., tons of stoked skiers filled the Wheeler Opera House, antsy to see the film. Between the MSP athletes, Aspenites and visitors, there was no shortage of good company on-site. 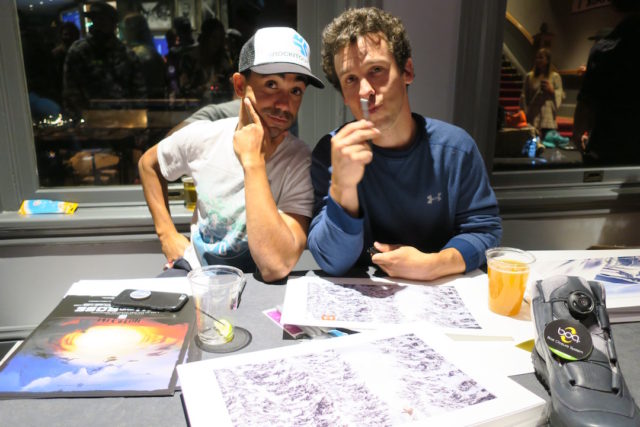 Once all of the mingling was said and done, everyone flooded into the viewing area for the main event. But before anyone could see the film, the MSP squad hopped on stage, thanked everyone for coming and invited various athletes from the film to come say hello. Zack Giffin, Markus Eder, Eric Hjorleifson, Mark Abma, Noah Wallace and Tanner Rainville were all present, and happily threw some free gear out to the viewers. Then it was movie time—and holy moly, what a movie it was. 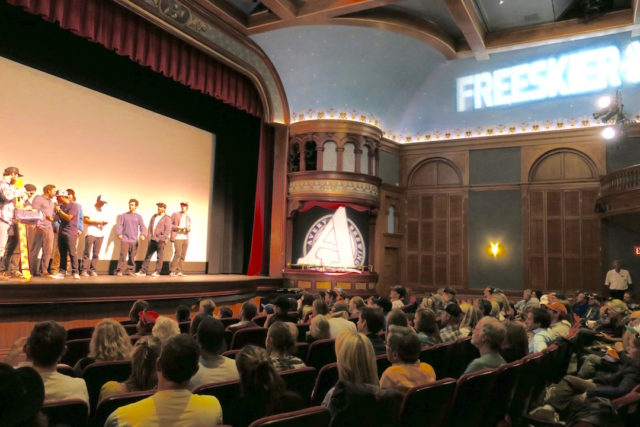 An antsy crowd waits for MSP to press play.

Ruin and Rose opens with a nine-year-old kid from Namibia, standing in the desert—an unconventional way to kick off a ski film, to say the least. He speaks to the fact that there’s no water or true signs of life where he lives; no way of experiencing the kind of thrill we all get to enjoy on skis. Right away, a theme (and lesson) is set that we are all so privileged to be a part of this sport.

The ski action then kicks off, featuring big-mountain shredding from Mark Abma, Marcus Eder, Fabio Studer and Bene Mayer. This quartet goes HAM on some massive lines, setting the tone for this memorable ski flick right off the bat. The location of this segment, as well as all of the other ski segments in Ruin and Rose, is undisclosed—a nod to the fact that anywhere with snow is a more-than-adequate place to be.

The remainder of the film is packed with wild skiing action of every kind. From park to urban to backcountry, it’s all there and captured beautifully via insanely high quality footage. In fact, one of the strongest overall qualities of Ruin and Rose just might be the work behind the camera. It’s straight-up Hollywood status, taking the standard for ski films to a whole different level. This is much thanks to director Ben Sturgulewski, who MSP excitedly brought on this year.

“With Ben as our director, we had a really clear vision of what we wanted this film to look like,” Abma added. “When you have a director like that, you’re guaranteed to end up with a very special project.”

Despite the impressive skiing, the strongest quality of the film has got to be the storytelling. In between every ski segment, the curious Namibian boy ties everything together, resulting in a well-rounded narrative. With a pile of gear he found in an abandoned building and high hopes of finding a way to experience skiing for himself, he spends all of his time trudging north in search of something new. And by the end, he succeeds, capping off the film with a long and epic sand-skiing run through the desert. To sweeten the deal, various MSP athletes also show off some shredding in Namibia, in a unwordly fashion.

This unique, action-packed film is incredibly impressive and an absolute must-see as we prepare for another awesome winter. To experience it for yourself, find a premiere near you or buy Ruin and Rose to watch at home.