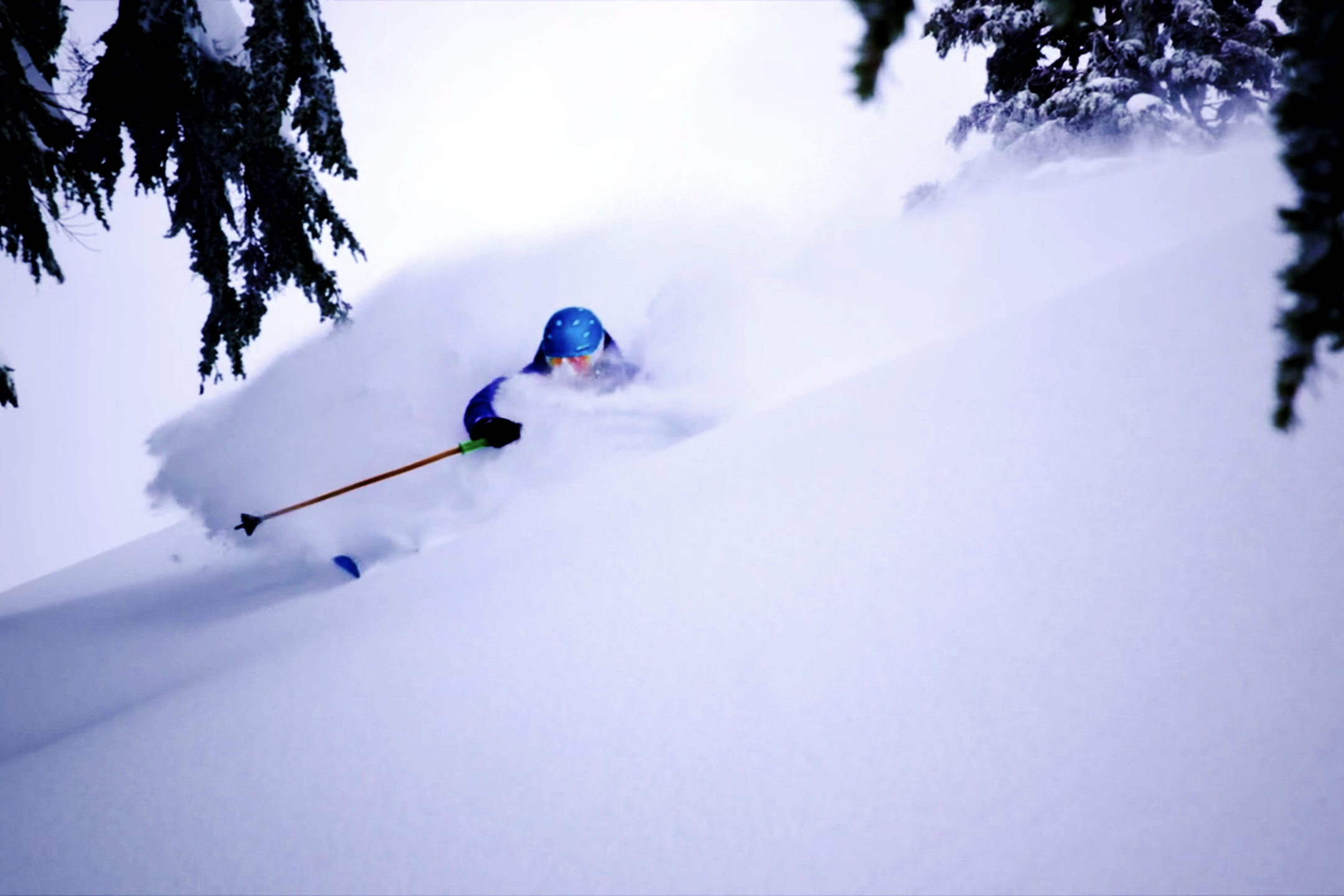 Lynsey Dyer’s all-female ski film Pretty Faces premiered before a sold out crowd at the Boulder Theater in Boulder, Colorado last night. Before diving in to the details of the film, something must be said for the premiere itself: First off, upon arrival, the line of eager fans waiting to be let into the venue stretched down and around the street corner—we don’t see that all too often at the Boulder Theater. Colorado’s contingent of female skiers both young and old were out in full force. Moviegoers packed the lobby of the venue, hellbent on procuring an autograph from the talented group of athletes in attendance. It was shoulder-to-shoulder, the energy level on high.

When the lights dimmed and the film started rolling, the raucous crowd were completely engaged in Pretty Faces, hooting and hollering at every chance they got. The amount of female camaraderie in the theater was astounding, something Dyer and everyone else behind the film are most definitely proud of. Certainly, the gentleman in attendance were equally enthralled.

Pretty Faces proclaims to be “The Story of a Skier Girl.” The opening segments touch on childhood memories of skiing with family and friends—as told by Dyer and a handful of others—and coming to appreciate this great sport of ours. From there, Rachael Burks joins Dyer on a trip to Revelstoke. Burks’ fun-loving attitude and sheer stoke is infectious in her appearances throughout the film. The duo later joins McKenna Peterson, Pip Hunt, Lexi Dupont, Leah Evans, Izzy Lynch, Elyse Saugstad and Tatum Monod for a cat skiing outing at Retallack. The segment reflected the aforementioned camaraderie displayed in the theater throughout the night, not to mention showcased some mighty impressive skiing. Monod perhaps received the most praise from the audience after stomping a monstrous double backflip in deep pow.

The storyline continues as the featured athletes talk about the skiers they looked up to as youngsters. An east coast segment segues into footage from Jackson Hole, where the athletes discuss what it takes for them to be able to live a life of skiing. They mention an assortment of odd jobs, from waitressing to window washing to firefighting. The film moves on to showcase the 2014 Nine Queens contest, along with a deep day of shredding in Brighton, Utah. The women also touch on some of the motivating factors in their careers, especially having been told that they were crazy for trying to be pro skiers and would never succeed—a lesson in determination and mental fortitude.

To round out the film, Burks and Dyer head to Alaska and are joined by Elyse Saugstad. It’s Burks’ first trip to AK, and after learning a lesson in sluff management, she stands atop what she calls her “dream line,” and slays it beautifully. Dyer impresses in this segment, showing no fear in her descents and Saugstad stomps giant cliff after giant cliff with ease.

Chalk up the Boulder premiere of Pretty Faces as a huge success. The film painted a picture of the life of a skier girl in a lighthearted and refreshing way, and shed light on just a few of the many talented female skiers out there. Congratulations are in order for Dyer and the entire cast behind the film. Well done.

The Pretty Faces tour continues at the Roxy Theatre in Revelstoke, BC on October 3. For full tour information, click here.