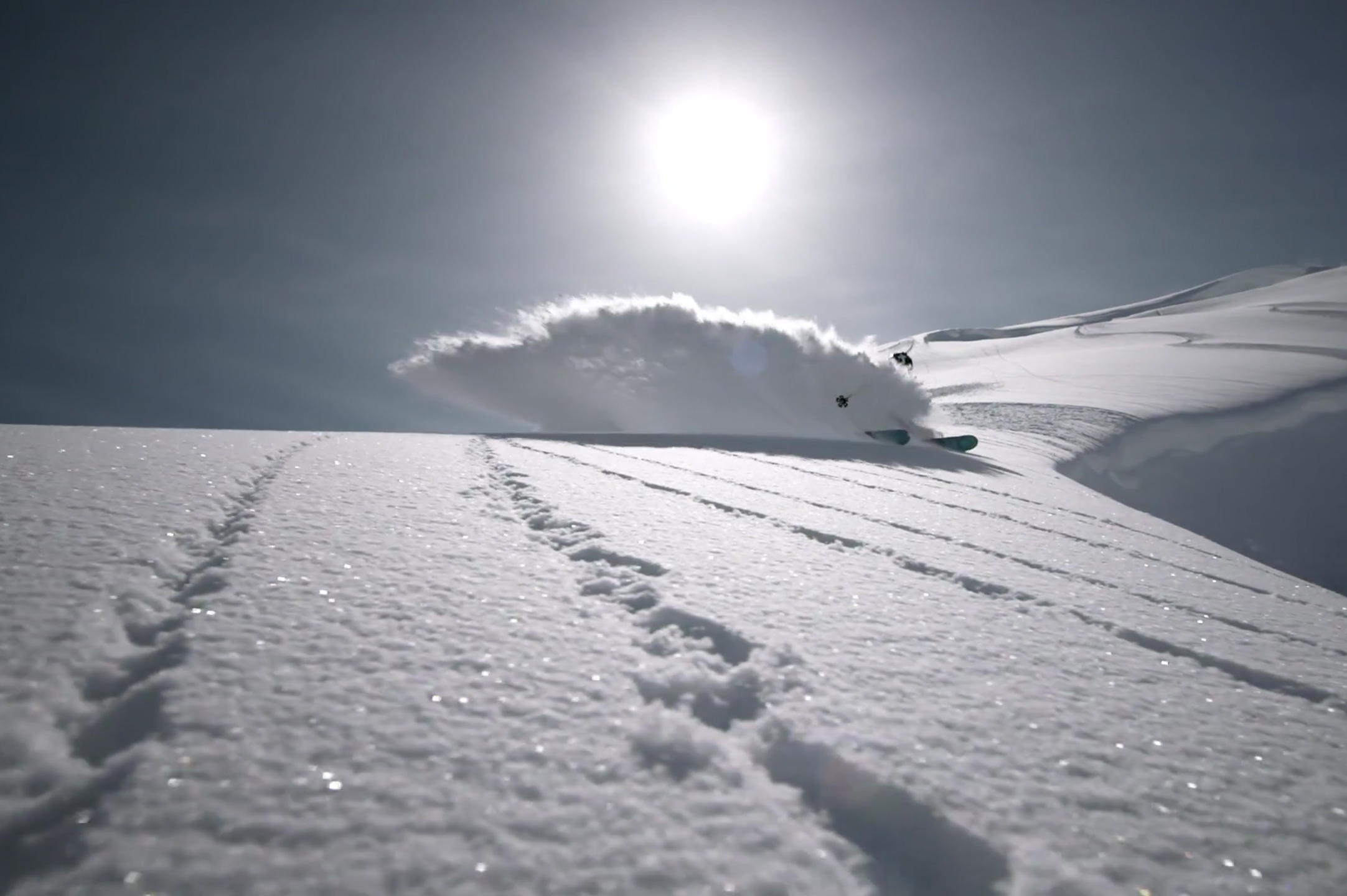 We’ve seen Cody Townsend’s talent on a pair of skis in films like MSP’s Days of My Youth, Superheroes of Stoke, Attack of La Niña, The Way I See It and The Hit List, as well as a litany of appearance in movies from other production houses. This year, Townsend, along with Elyse Saugstad, Dave Treadway and Chris Rubens, decided to the change up that format and go about producing their own film project, titled Conquering the Useless.

“The project was just a big change for me. I just wanted something different, I guess,” says Townsend. “I think there are so many cool challenges in skiing and different ways of approaching [the sport]. I’ve been taking the same approach for ten years and wanted to step out of that comfort zone and get to a different place than I’m used to.”

Stepping out of his comfort zone is a bit of an understatement. Just take a look at the bootpack the crew is slogging up at the 0:20 mark of the film’s trailer. The goal of the project was to venture as deep into the British Columbian (including the Boundary Mountains between BC and Alaska) backcountry as possible on snowmobiles. From there, the crew would attempt to climb and ski lines that no one had tackled before.

This year was a bit different. Some of the hardest decisions of my skiing life were made this year. I set out on a different path, into uncharted territory. Seeking new horizons, new approaches and new mountains, it provided me with some of the biggest challenges I've dealt with and because of that, some of the greatest experiences. All told, as a note to my followers, I set out to produce a movie this year with some close friends. It's probably not what you're used to seeing of me, but I do hope you'll enjoy it. An official announcement will be coming down the road but for now, I'll let you in on the secret of the mini movie entitled #ConqueringTheUseless. A huge thanks to those that worked on it this year, namely @elysesaugstad @chrisrubens @davetreadway1 @teamthirteen & @athanmerrick. 📷: from @chrisrubens on what would be one of the scariest lines of my life. #gripped

The project is still a ski film, yes, but Townsend harps on the idea that Conquering the Useless is more than just your run-of-the-mill ski porn. “There’s more of a story. [The film] is more about bringing people along on the adventure, it’s not just about skiing, not how big you can huck or how fast you can ski,” Townsend explains. “It’s about going to different places and exploring different parts of the world. So many mountains have yet to be skied, [so we said] ‘let’s go where no one has ever been before.’ It feels good when you’re in the middle of absolute nowhere and you’re climbing a line no one has been to before.”

While the trailer is certainly impressive—each member of the team is showcased climbing and skiing some burly lines—it’ll be hard for Townsend to match his success from last fall, when he dropped the collective jaw of the ski world after skiing “The Crack” in MSP’s Days of my Youth. The 32-year-old Santa Cruz, California-native isn’t trying to top last year, however. “Last year was so crazy, so different and in many ways successful. At the same time it’s like, what do I do next, put out another video that gets 20 million views online?” describes Townsend. “In a certain way, I skied a line where I was like, this was my dream, I’ve been skiing this way for a long time, now it’s time to do something different. Thats the natural evolution of being a skier, you learn something and get as good as you can at it and move on.”

Nothing out of Conquering the Useless may induce the same “wow” factor as last year’s performance, but audiences can expect some scenes that’ll make the hair stand up on the back of their necks.

“I wanted to go climb and ski a line in Alaska—a steep, gnarly spine line that stood out to me. On the final day of our trip, we had been struggling with conditions but we came around this pass and saw one of the most glorious walls I’ve ever seen in my life,” explains Townsend. “The moment before I went up to it, I was like, ‘what the f#ck did I get myself into?’ I knew it would be one of the scariest things I’ve done and I’d only been using ice axes and crampons for a month… I don’t know how to use a rope, and I’m about to climb and ski this world class line. I didn’t know if I could do it, in all honestly, I didn’t know what it’d be like to be 1,800 feet up on a vertical wall with my heels hanging over death below. It was transcendent, it felt like the first time I’d been to Alaska, the first time I’d jumped a cliff over 20 feet. This is an entirely different world I’ve gotten myself into.”

In the end that’s what skiing’s all about, pushing your limits, entering a space outside of your comfort zone, having fun and conquering the useless—a phrase Townsend borrowed from mountaineer Reinhold Messner, who used it to describe the act of climbing.

The film will be making its way to Squaw Valley, Revelstoke, Salt Lake City, Ogden and the High Fives Film Festival in Annecy, France, this fall. Conquering the Useless will be available for digital download in early October.

2 thoughts on ““Let’s go where no one has ever been before”; Townsend, Treadway and co. star in “Conquering the Useless””