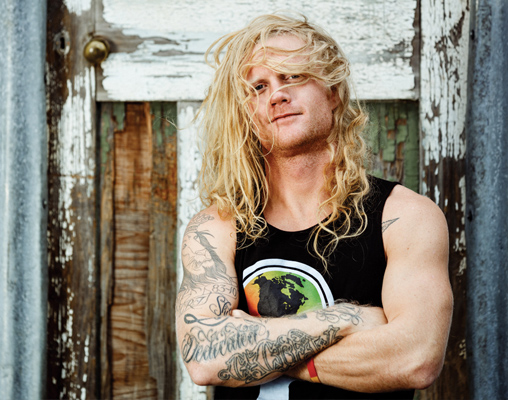 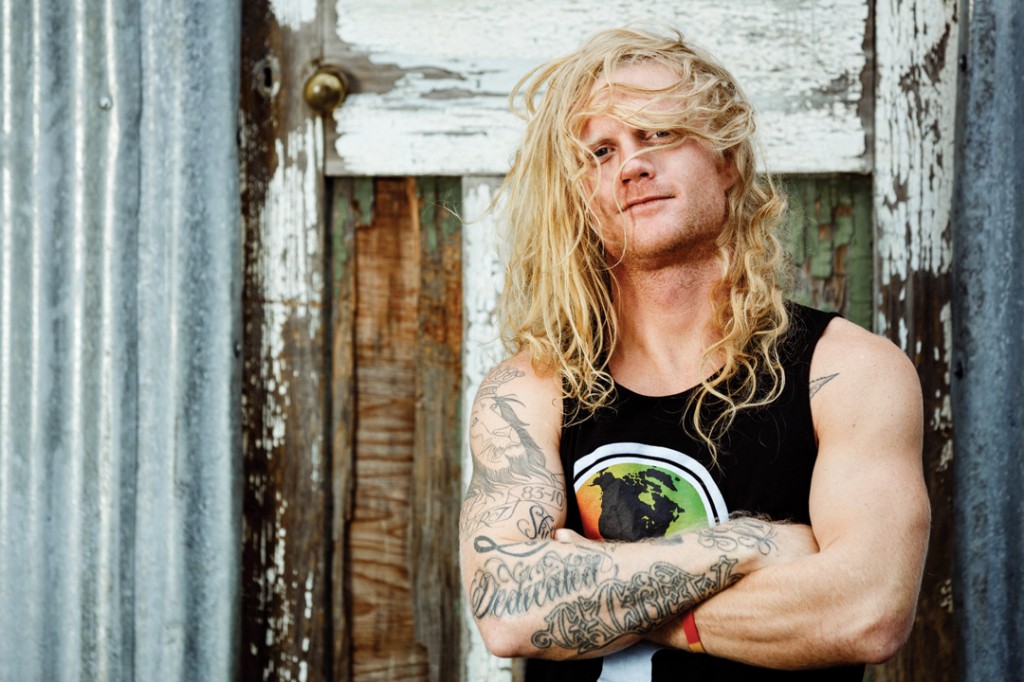 “You mind stopping for some cigarettes?” the skinny 17-year-old kid with a mop of blond hair asks me from the passenger seat. We’re headed to the Freeskier offices in Boulder for a photo shoot. I swing the truck into Conoco and buy a pack of cigarettes for my new young friend. We talk about skiing. He’s just come off an awe-inspiring ski season of total domination in the fast-forming world of freeskiing. His attitude and raw talent have made him impossible to ignore. It’s 2001, and everyone is enthralled with the crown prince of freeskiing—Tanner Hall.

Over the course of the next decade, the rising star would become first a hero, then an icon. His achievements are unmatched. Then, at the absolute peak of his career, he fell into a numbing darkness at the bottom of pain, loss and addiction. Today, at 28, Tanner Hall has been hauling himself up and out of that hole, one agonizing step at a time. He is on a new road to redemption—beyond anything we’ve seen yet. No longer seeking only the goals of gold and silver as a professional skier, he is open about his path to personal awareness and a newfound humility that was wholly absent from the 17-year-old I picked up at DIA 11 years ago. It isn’t all about him anymore. “I want to change the world. I want to inspire people to achieve their dreams,” he says with clarity and purpose. And he’s starting with himself.

To understand Tanner Hall in 2012, you have to understand where he’s been. His story, from the X Games medals to the movie segments to the personal challenges, is well documented. (Watch the documentary Like A Lion made by Eric Iberg and read previous profiles available at freeskier.com for a detailed play by play.)

At 13 he convinced his parents, Gerry and Darla, to let him pack it up and leave Kalispell, Montana for the Winter Sports School, a private boarding school for Olympic hopefuls in Park City, Utah. He was a mogul skier with some promise. But he struggled in school, academically and socially. “School sucked. I remember days I would come home in tears,” he recalls. He was small and skinny and didn’t fit in with his peers. And those formative years had an effect on the man he is today. 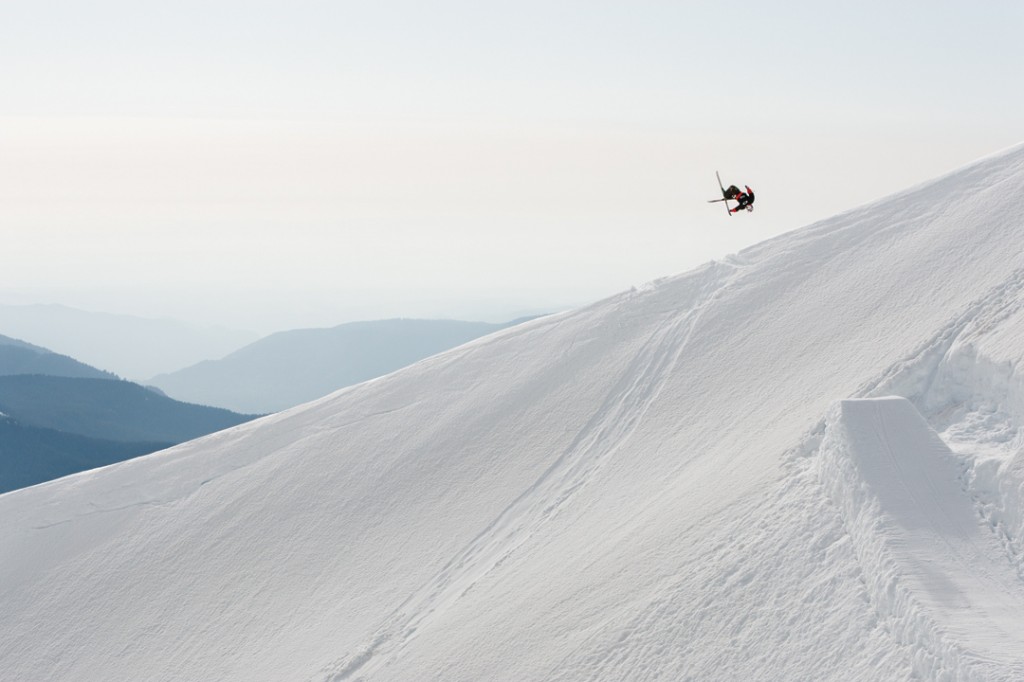 Tanner with a springtime 720 during a session filming for The Education of Style at Mt. Hood, OR. Photo by Drew Smalley.

“He hated school so much because he was harassed,” says his long-time friend and creative collaborator at Inspired Media, Eric Iberg. “Maybe because of his size. At the camps, he always spends the most time with the small kids.” But it wasn’t just his size that singled him out. Although Tanner was not a leader, he sure as hell was no follower. He did his own thing from the start—call it individuality, call it style, call it attitude—that put him in a no man’s land with his peers and his teachers. But skiing was the something that always gave back. Whatever he was willing to put into it returned, in spades. It was his passion from the start.

He dreamed of winning a gold medal in the Olympics. “He first mentioned going to the Olympics when he was about five years old,” recalls Darla. But as his skiing earned him spots in magazines and films, he struggled more with school. So he got himself kicked out, basically on purpose. This would result in a yearlong grounding for most kids, but Tanner was beginning a history of bending reality by pure force of will. After many lengthy discussions, Tanner convinced his parents to turn the expulsion from school into a one-year trial period of full-time freeskiing. “Please just give me a year,” Darla recalls Tanner’s bargaining. “If it doesn’t work out, I’ll redo all of high school.”

With something to prove and the ultimatum of all or nothing, Tanner tore through the competitive circuit in 2001. “He knew exactly what he was going to do. He had a plan, and he could back it up,” explains his older brother Tyson Hall. Still a teenager, he backed it up, right to the top of the freeskiing world. He hit some speed bumps along the way, including a career threatening injury in 2005, but for the most part Tanner, with his raw talent and passion for skiing, remained at the top of the game for almost a decade. He helped push the sport and those around him to new heights: launching Armada skis, winning 11 medals at the X Games, appearing in 30 ski movies and being named Freeskier’s Skier of the Year in 2008 and 2009. And foreshadowing his music industry future he, along with his best friend CR Johnson, took control of the creativity behind movie making.

Then, as suddenly as it had arrived, the success all seemed to be over for Tanner Hall.

5 thoughts on “Professional Skier Profile: Speaking with Tanner Hall about his road to redemption”