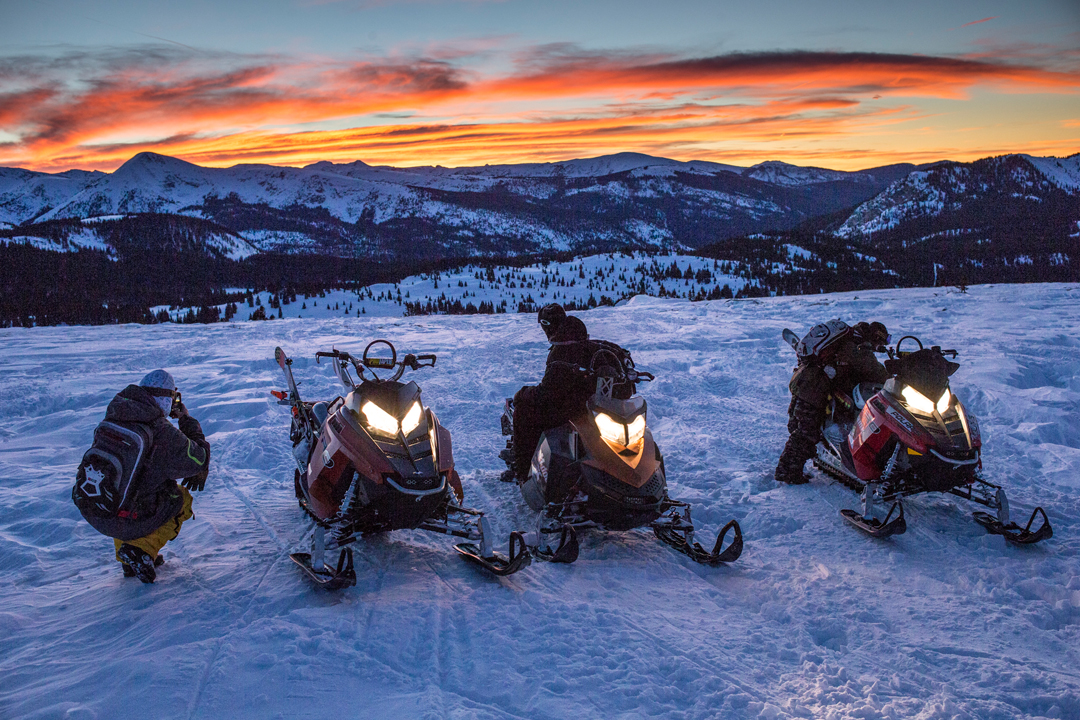 Earlier this season I got the call from pro-shredder and Summit County, CO local, Ahmet Dadali, to go check out a new zone in Leadville, better known as “LeadVegas, Colorado.” If you don’t know about Leadville, it’s probably the most legit high elevation, ski bum, hippie hideout in the Centennial State. It’s the gateway to most of Colorado’s 14ers and the highest incorporated town in the US at 10,152 feet in elevation (and even higher now that Colorado is 420-legal). There’s no shortage of mountain town characters or scenic views here.

I met Ahmet one early January morning, accompanied by Pat Goodnough and our guide for the day, B Devine, at Turquoise Lake. B had been exploring a zone right on the edge of Leadville called Hagerman Pass. From Turquoise Lake we sledded up to the pass. At points, the road disappeared and B lead us through some tight trees, pine pigging our way deeper into the woods. About halfway there, like on every ski sled mission, shit hit the fan when Ahmet got a little loosey-goosey going up a hill climb and his sled ended up in a tree well. Ahmet had just bought a pimp(!) RMK Pro 155 and was working out the kinks. The way she goes, new sled troubles. But no harm, no foul, as we pulled his sled undamaged out of the tree well. After getting about ten miles deep, we peaked out at almost 12,000 feet, then crossed the Continental Divide and dropped down to some old mining tailings where the crew had a jump stacked up in a snowy northwest facing pocket.

The Continental Divide is known for being a wicked windy corridor, and one can expect some pretty stiff wind slabs in spots. But, B is a G, and he had the jump set up with perfect below treeline powder landings. The gang had set up the jump the day before: A tight, poppy table top with a pillowy in-run.

With the jump already built, the fellas greased out the in-run and put in some finishing touches. We started nailing shots with the boys taking turns filming each other until about midday. After a lunch break we opted for a tasty sled neck powder prelude. B took us to some pristine powder fields and we feasted on the forbidden fruits. After some primo sled necking and choking on enough white stuff to kill Scarface, we settled in back at the jump zone for the rest of the afternoon.

Highlights of the day included: B crafting some cork 720 tails and a plethora of double backflips. Pat was “en fuego” with switch 540s, a cork 720 opposite mute and a double backflip every so often. And Ahmet’s skis filled the blue Colorado sky with tight rodeos 720s and a rodeo 1080.

Towards the end of the day, the flat light from the shadows of the high “14ers” in the background started to settle in for the night. At that point my trigger finger started to cramp and my camera shutter was over heating, so the crew decided to shut it down just a hair before sunset. We took our leisure on the way out and enjoyed one of the prettier Colorado sunsets of the season overlooking the Mount Massive Wilderness.