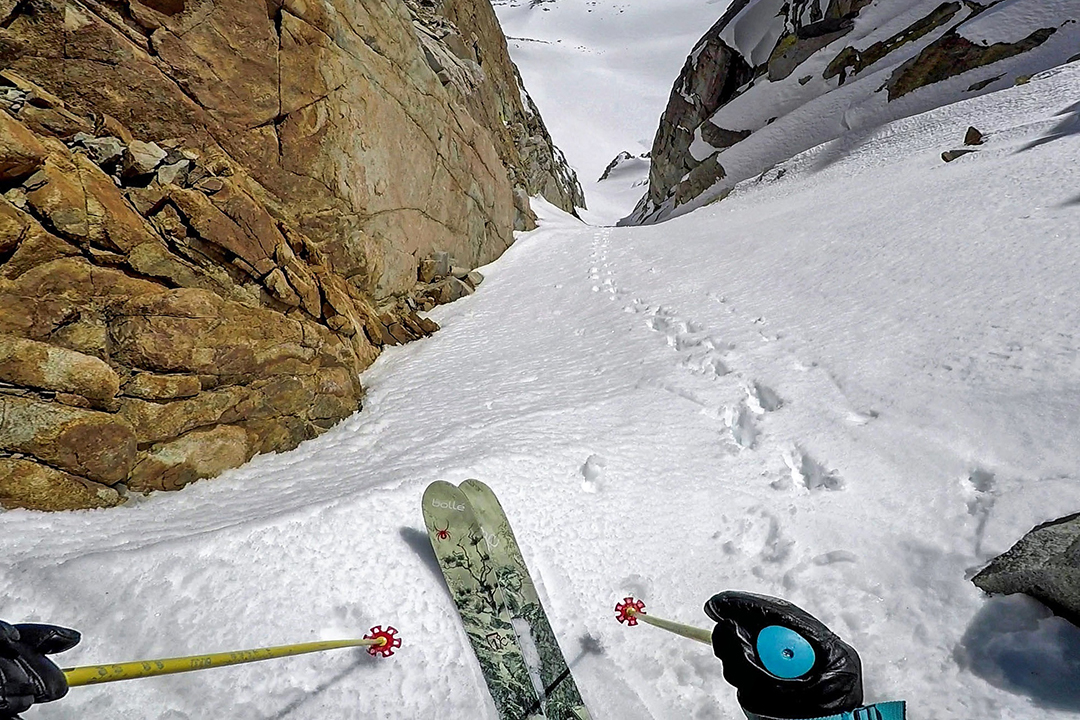 It’s April 9, 2017 and Jackson Hole Mountain Resort has just closed for the season. Still itching to make spring turns, pro skier and Jackson local Owen Leeper decides to pack up his truck and head west to California, his sights set on sampling the deep snowpack the Sierra Nevada has acquired over a record-breaking winter.

Over the next three weeks Leeper would link up a bevy of steep descents, some famous, some not-so-much, some solo and some with friends, both new and old. When I reached him via phone this week, he had just gotten back to his home in Jackson, giving himself two days rest before setting back off into the backcountry for more adventures. Below, Leeper recounts the trip of a lifetime in California.

O’Neill: The Tetons had an incredible snow year, but after Jackson Hole Mountain Resort closed you headed out of town even with many backcountry opportunities present in your own backyard. What spurred you to hit the road to the West Coast?

Leeper: I actually had a trip to Alaska planned that got cancelled last minute. I had a couple of weeks off from work already and I’ve always wanted to ski in the Sierras—they had this huge winter so I just decided to get in my truck, drive out there and see what I could find.

Was this a sponsor-funded trip? Or did you fund this yourself?

Spyder helped out a little bit on it, but I was mainly just sleeping out of the back of my truck and using my Mountain Collective pass for free tickets to Squaw and Mammoth, then I was hiking for the rest of the lines. It turned into a pretty cheap trip to do for a couple of weeks. 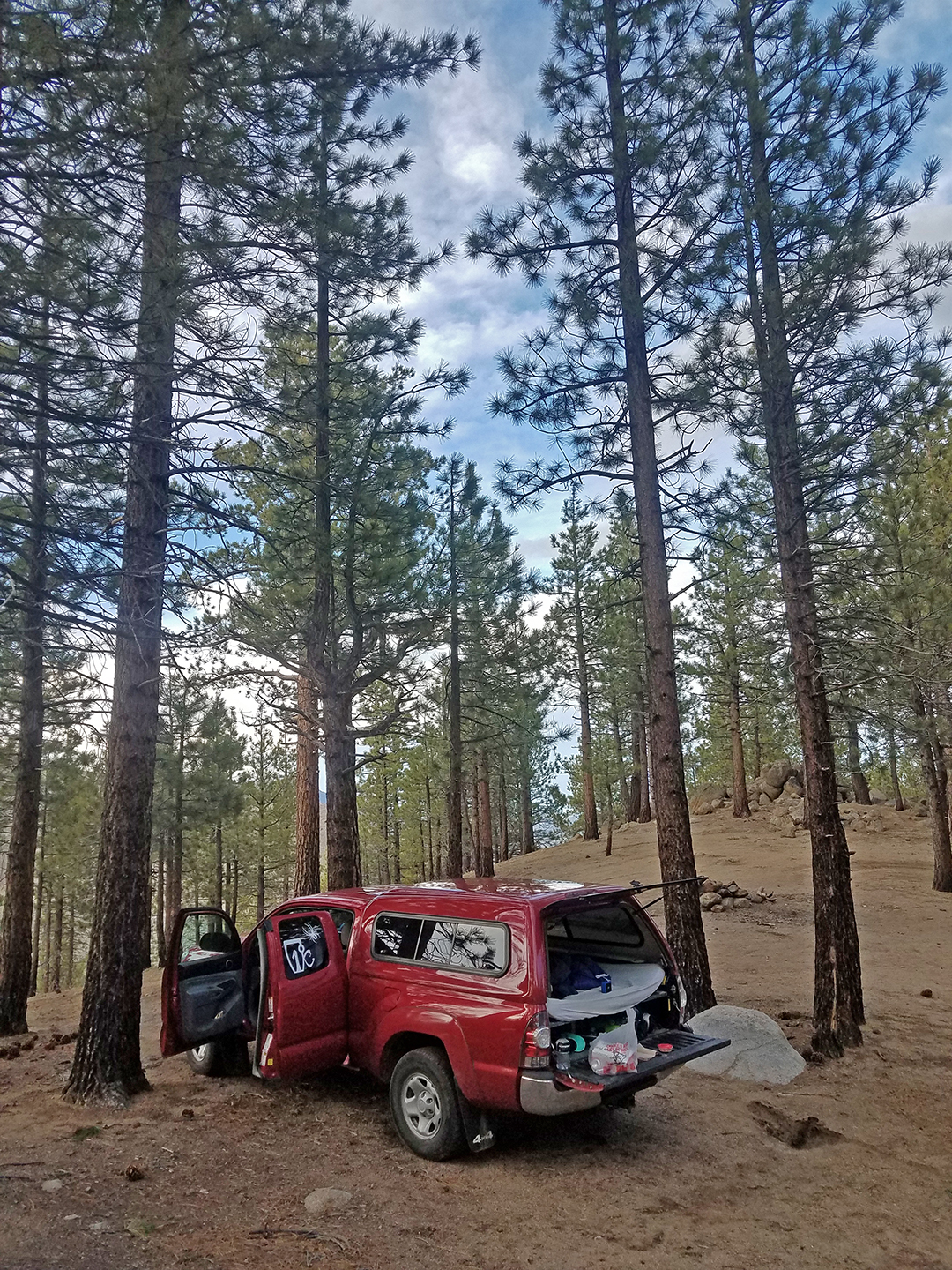 You started with “Terminal Cancer” in Nevada, one of the most aesthetic couloirs in the United States. Why did you choose this one first? Was it just convenient or was it on your bucket list?

Well, I’ve always wanted to ski that one, it’s kind of out in the middle of Nevada, so I didn’t think it was really on the way to anything. But, I looked it up and it turned out to be the perfect midpoint on the way to California. So I drove down there, decided to sleep in the truck one night, ski the line and head over to Squaw Valley afterwards.

You bagged the line solo, so how did you get that overhead GoPro shot?

I climbed up on top of the cliff and put the GoPro there, turned it on in 4K then skied down past it a little ways, then had to boot back up to go get the camera. I had a few people ask me about that and say, “I thought you were by yourself,” and I was like, “Yep, I sure was.” 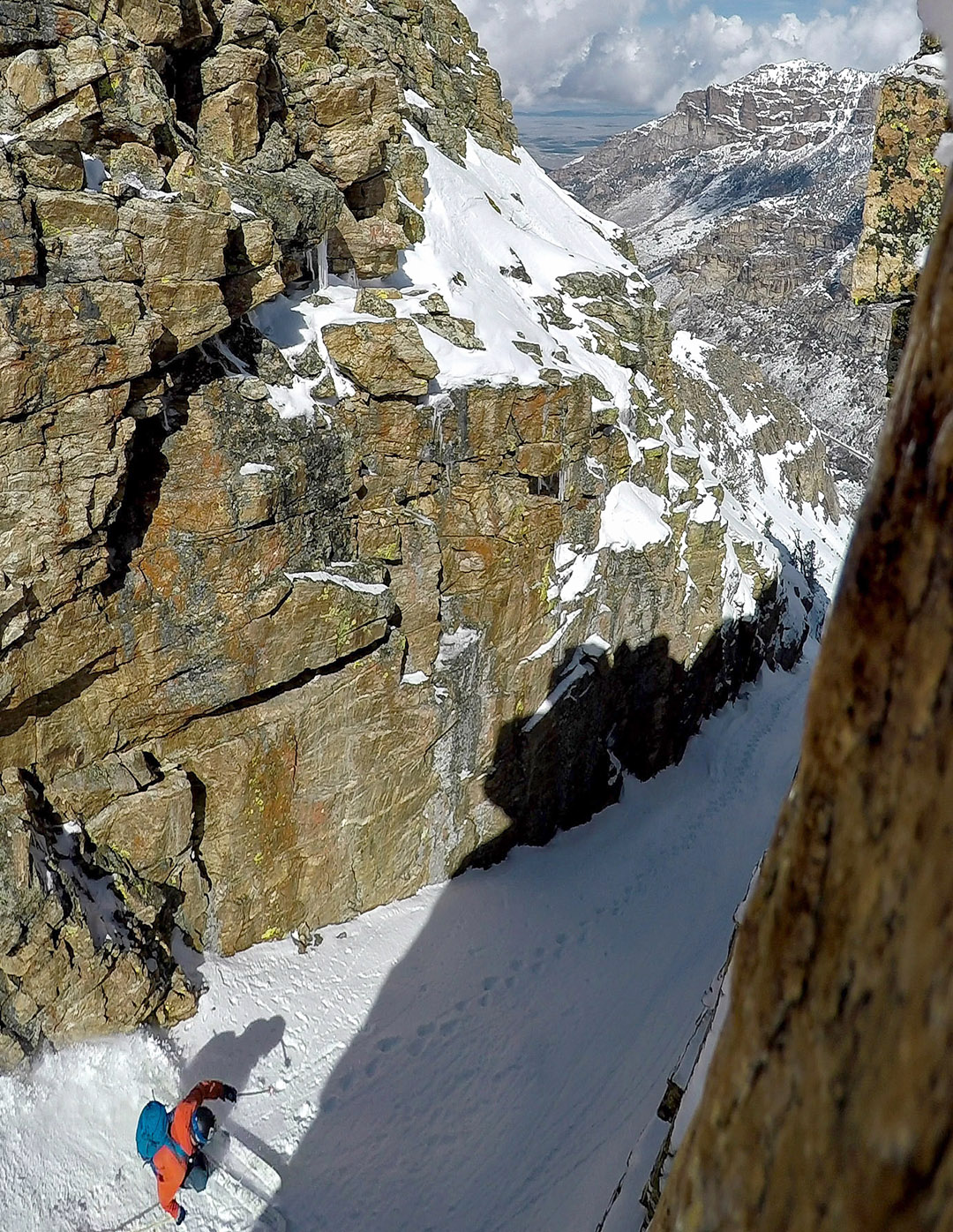 Leeper placed his GoPro on top of a cliff to grab this shot. Photo: Owen Leeper

Your first couloir in California was a self-described “Plan B.” What was “Plan A,” and how did you come upon Plan B?

I first drove out to Squaw to ski the resort for a couple of days, it was just spring skiing and not a whole lot there to hit, objective-wise.

After that I was planning on going to ski Matterhorn Peak, it’s right outside of Bridgeport. But, I woke up in the morning and there were 45 mile-per-hour gusts at the trailhead, and it was supposed to be 70 mile-per-hour winds up on the ridge, so I decided that wasn’t the best plan and just drove from there down towards Mammoth… Continued on next page.