Style is an illusive thing. You have to build off of those that came before, and yet completely define it for yourself. It is an extremely human fascination, and one of the most prominent measures of innovation. True style is original, and real originality can only come from someone who truly knows themselves. Skiing is filled with a plethora of talented riders who have flair, but the true style benders stand out tall amongst the crowd. The midwest marauder, the OG of the streets, Mike Hornbeck, is one of those stylistic icons. Style is what elevates an activity such as skiing from being physical exercise, into a refined art form. It is the mile-wide difference between doing and creating. The illustrious poet Charles Bukowski is known to have said that, “Style is the answer to everything. To do a dangerous thing with style is what I call art.” It would be hard to find a quote that more accurately describes why skiing, when done well, should be considered an art. Right here, this Spencer Millbocker culminated flick is art, pure and refined.

Act 1 of Armada’s “a dance with a stranger” is undeniable evidence of what raw, individual style can be at its fullest. If you’re not familiar with Michigan ‘Wrecka’ Mike Hornbeck, do yourself a favor and sponge up some ski education by checking out his latest full movie “Wreckenzie,” (which is an absolute triumph of a film), Mike’s Armada Family video or his full segments in the Armada classics “Oil and Water” and “SNOWCITIES.” And don’t feel bad if Mike has stayed off your radar. He was never a big competition skier, or the dude yelling as loud as he could into the ski industry. He has been a true craftsmen his whole life, patiently grinding and perfecting his art.

This immaculate work ethic has cultivated one of the illest styles that the midwest has ever produced. As one of street skiings pioneers, it comes as no surprise that someone who grew up learning outside of the constraints that can come with “formal” skiing has this much untamed freedom and creativity on the sticks. Mike is a skier for a skiers sake, an artist in every sense of the word; doing a dangerous thing with all the style in the world, and making it his own since day 1. It doesn’t matter what the terrain is, the vertical feet, fresh snow, or anything else; a ski (or sled) hill is only as good as you see it, and Mike Hornbeck is seeing pretty damn clearly. 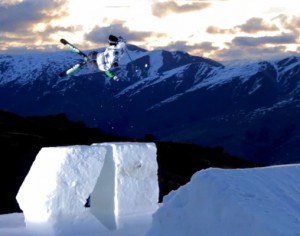 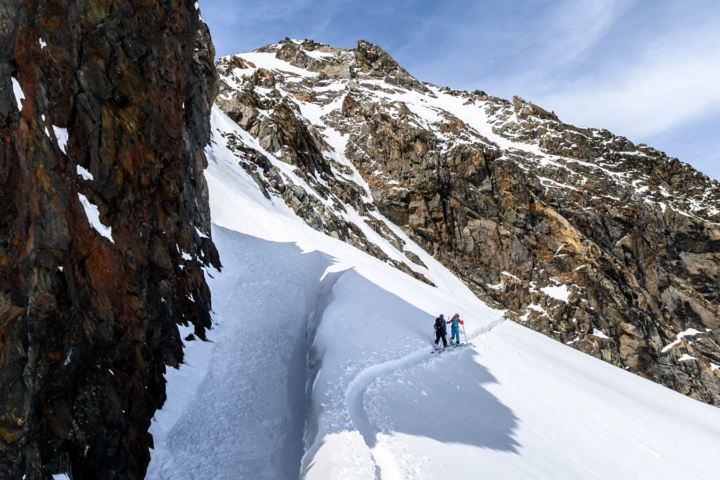