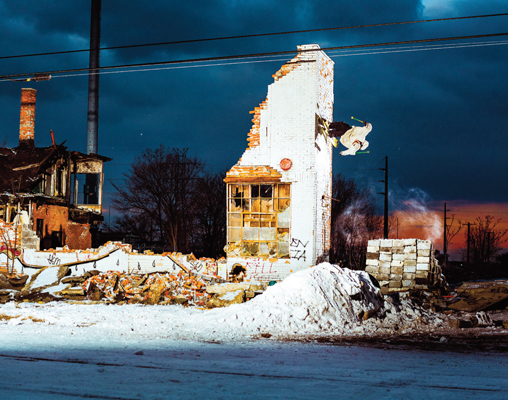 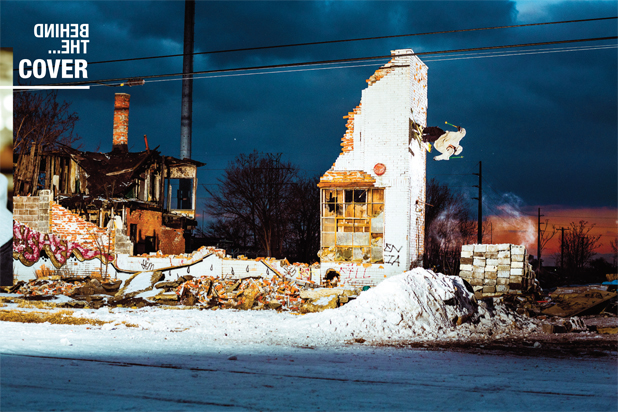 “The chimney wall ride went much better than I expected. It was the first spot I hit in Detroit. The airline lost my luggage so I had no skis or boots. Luckily T-Rob was nice enough to lend me some old gear he had. I somehow ended up getting one of my better shots from the trip.

The jump took the longest to build. We used cinder blocks that were in the surrounding wreckage as a frame. There was rubble everywhere. Just about every building on the block was rundown or had been burnt down. Heaven on earth for a graffiti artist—canvases everywhere. We only had about half an inch of snow, so we used tires, cabinets, roofing, toilets and whatever we could find to fill the jump. Even with the lack of snow, the jump was relatively stable, but without all the wreckage, there’s no way we could have built that size of a jump.

The trick came to me once we started hitting it. I had never done it before but thought it would be a great time to try it. It was hands down the most memorable urban trip I’ve ever been on.”

See the cover of our October ’13 issue here; the mag (Volume 16.2) will be available on newsstands beginning 9/17/13. Freeskier Magazine is also available via the iTunes newsstand. 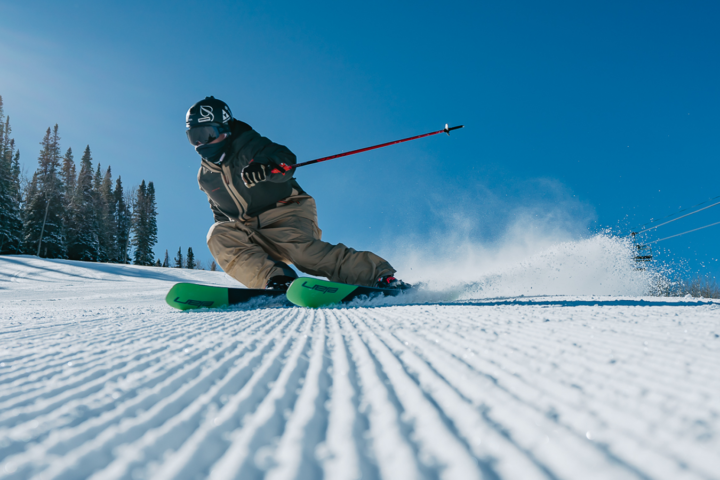 1 thought on “Behind the Cover: How Max Morello scored the cover of Freeskier October ’13”