The term “ski bum” might be the greatest oxymoron in the English language. It is a universally known phrase, and yet it is as misleading as a fork in the road without a sign. When most people think of a ski bum, they’ll conjure up imaginings of a PBR-chugging, rent-dodging, barel showered mountain nomad living purely for the thrill of the snow. Yes, PBR will forever be the unofficial official beer of skiing (right next to Cold Snacks); everyone is occasionally late on rent; and, if you haven’t melted into your ski clothes after a day on the mountain and skipped a shower or two, you would be surprised at how comfortable it can be. But these descriptors only talk about ski bumming on the surface; none of this addresses the underlying drive that it takes to truly tackle the ski bum lifestyle for years and years.

That tenured passion and work is what makes the phrase a total paradox. Whether it’s accomplished by saving up all summer, working two jobs to buy a pass and skiing everyday when the snow falls; hustling for a job at your local mountain to have a season pass supplied; putting in hours upon hours to acquire the knowledge, equipment and physical strength needed to access the backcountry; or a combination of all of the above, being a ski bum requires… work. And that’s opposite of bumming, right?

This brings us to Episode 14 of The Blackcrows, in which we’re introduced to Tony Stadler and Dean J. Dacas, or “Tony and Deano,” as they’re known; two forever ski bums. Although we really only know their lives through this nine minutes of video, it is abundantly clear that these two live with passion and an appreciation for life itself. Deano, a Boston native, began his true ski career in Vermont and later traveled across the pond to France, where he met his bestfriend, Tony. Over the years, French-born Tony showed Deano what treasures his homeland had to offer to skiers and bikers, and through their deep connections strengthened by nature, they grew into a dynamic duo who simply live to the fullest.

But, like I said, this ski bumming pursuit does not come without a cost, dedication and is anything but easy. To pursue skiing for a lifetime comes with its trials and tribulations, which is, again, why “ski bum” is one hell of a paradoxical term. The physical and emotional strain is taxing beyond measure, and although they wear the ski bum name with pride, the life they live is certainly not suitable for a bum. These two legends have worked harder and sacrificed more than most, all in pursuit of that which brings them joy. That noble quest, one that we all strive for deep down, has to be at least one part of the meaning of life.

It is hard to put into words how valuable people like Tony and Deano are to society. In a world that tells you to fall in line, grab a job and get to work, those who strive far from that status quo need to be emulated; they serve as a reminder for all of us that there is life to be truly lived out there. It isn’t always available, but when it is, it must be seized in as large or as little amounts as possible. Few ever have and ever will walk the path that Tony and Deano have. It is a life that takes a lot, but seems to give plenty, plenty more in return. As backwards as it sounds, with enough dedication, sacrifice, hard work, and passion, anyone can live life as a ski bum. 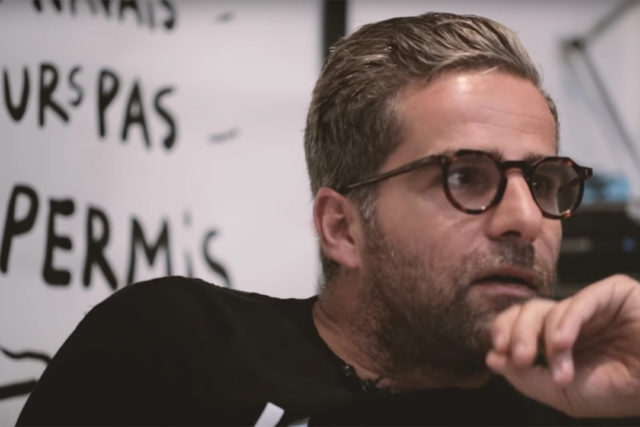 Black Crows reveals the symbolism and design behind its skis