Published on December 3, 2017
by Tess Strokes 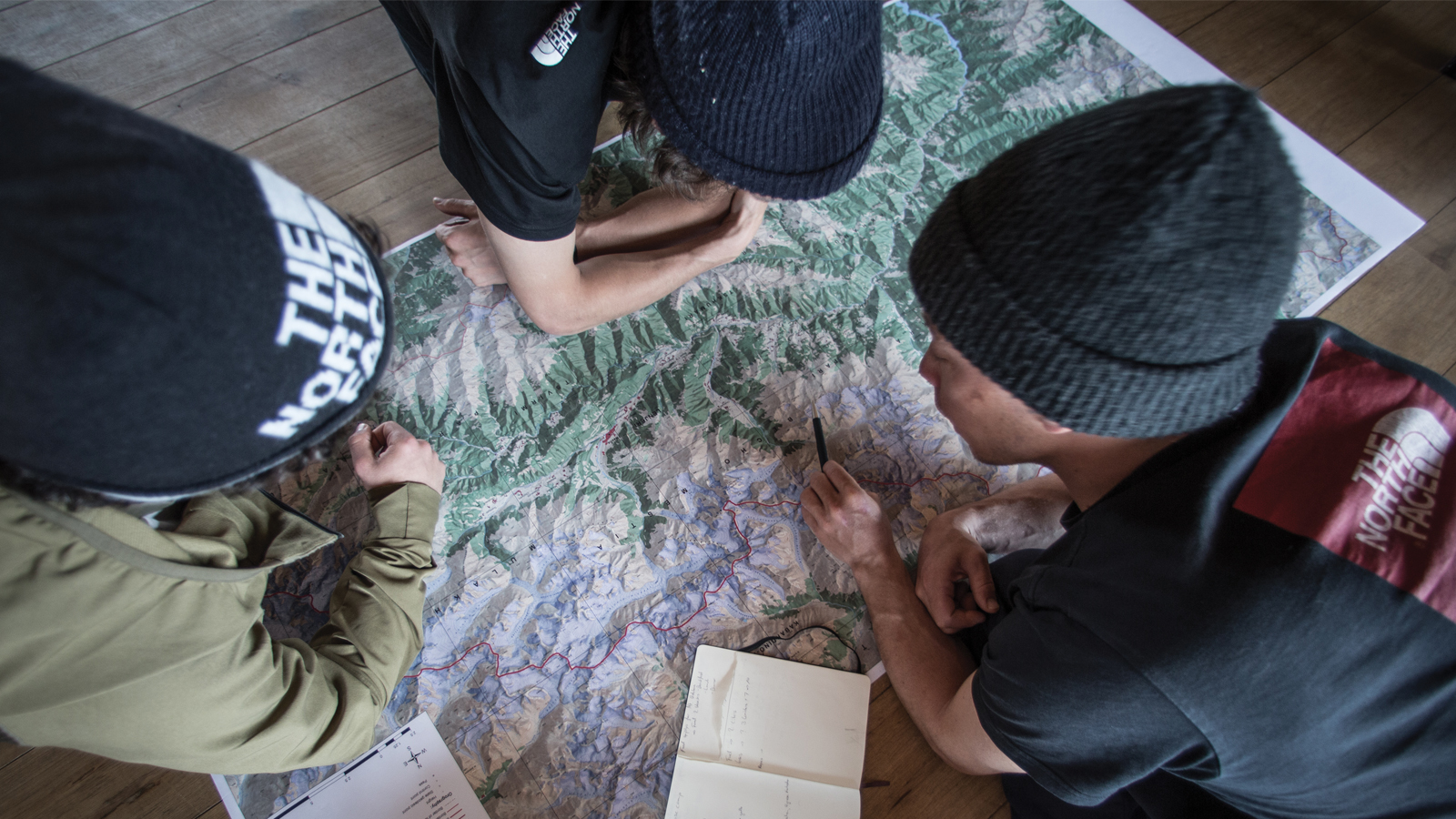 Where Europe, Asia and the Middle East converge, things get spicy. The Caucasus Mountains have always served as a crossroads among empires, which has created one of the most ethnically, religiously and culturally diverse areas in the world. This relatively small region of around 20 million people boasts a linguistic diversity second only to New Guinea and almost 50 ethnic groups. In these rugged mountains, geology trumps geography. Many groups in the region remain isolated, as they have for millennia, which means a fierce independence runs through the Caucasus.

Stretching from the Black Sea to the Caspian Sea, the Greater Caucasus divide Georgia and Azerbaijan from Russia and climb to elevations higher than anywhere in Europe. The small country of Georgia contains four of Europe’s ten highest peaks. At 15,400 feet, Mt. Ushba is only the country’s fifth highest peak, but its aesthetic double summit separated by only 66 feet in elevation is regarded as the Caucasus’s most challenging climb. Many regard the mountain in Svaneti, known locally as the “Witch’s Sabbath,” as one of the most difficult 4,000 peaks in the world. The mountain had never been skied when The North Face sent Sam Anthamatten, Leo Slemett and Markus Eder on a two-part expedition in the Spring of 2017, which was documented by Timeline Missions for the film, Ushba.

Director Guido Perrini says the history in the area was tangible. “Imposing towers dominate the landscape which locals have used to defend themselves from invaders and, sometimes, neighbors,” says Perrini. “Over the centuries many people like the Persians and the Byzantines have tried to invade the region, but the Georgians have managed to retain their culture and language. In all my travels to mountainous regions—and living in the Alps—I have never experienced a place with so much history and such incredible skiing.”

Ushba is also known as the “Matterhorn of the Caucasus” because of its vertical rock walls and dramatic features, but unlike the Matterhorn, there is no easy way up it. Some of the most difficult routes have only been climbed a handful of times. In 1988, John Garford Cockin and his guide Ulrich Almer first climbed the north peak, but it took 10 attempts and 15 years before the south peak was climbed by German, Swiss and Austrian mountain climbers led by Willi Rickmer Rickmers. Ten of the some 50 established routes on Ushba today are rated 6A and thirteen 5B, including the legendary Zerkalo (Mirror) route on the NE face of the northern peak, and the Kustovskiy route on the southern peak. The mountain claims the lives of climbers almost every year—four climbers died on the peak in 2016. The Russian folk-rock band Melnitsa wrote a song named after the peak dedicated to a a friend, a Georgian climber, who died on Ushba.

Being one of the highest and most glaciated parts of the Greater Caucasus and situated in close proximity to the Black Sea, Ushba attracts unpredictable and severe weather conditions. Climbers have named the surrounding area “The Rotten Corner.” Ushba offers a short or sometimes non-existent window when snow does happen to stick to the ever-present ice. In April, when Anthamatten, Slemett and Eder heli-skied on the flanks of Mt. Ushba, they scored bluebird days and perfect powder on multiple faces with Alaska-like spines. In the following months, temperatures remained too cold to hold snow on steep north faces, and the strong north winds exacerbated conditions. After waiting for more than two months for things to warm up, temperatures spiked to above freezing in the upper elevations of Ushba. In July, when they returned to climb and ski the peak, icy conditions forced the trio to descend the north face from the summit with crampons rather than skis. In the meantime, a Slovakian alpinist skied the southeast face of Ushba, marking the peak’s first ski descent.

To climb the peak, Anthamatten, Slemett and Eder left Mazeri village at 5,250 feet, camped at 9,514 feet, and camped 3,300 feet higher—near the base of the summit—on their second night out. That involved crossing a massive glacier loaded with crevasses and hanging bridges so precarious, they were gone when the team descended the glacier two days later. From the shoulder, they traversed into what would have been the ski descent, then ice climbed more than 1,600 vertical feet to the ridge. From there, it was 700 feet of navigating an incredibly exposed ridge with sketchy, hollow cornices, rocky passages and unstable ice to the summit.

“When we arrived at the base of the ski line, I was really impressed about the steepness of the wall,” says Rolli. “I have skied a lot of steep faces in the Mont Blanc range and that face is ‘next level.’ It seems like snow sticks to the ice of the face just a few days a year and maybe not even every year—this means you need to be there at the exact right moment to ski it.”

Anthamatten, Slemett and Eder plan to return to Ushba in 2018, hoping to ski a first descent on the mountain’s north face; they know they’ll need luck on their side.

“Maybe this line is only in ski condition every five or 10 years,” says Anthamatten. “Maybe this story is going to continue for a few more years.”

Until then, the trio will revel in their summit of Ushba—a feat in and of itself.

“If you have climbed the mountain, you are one step further,” says Anthamatten. “One step closer to a descent.” 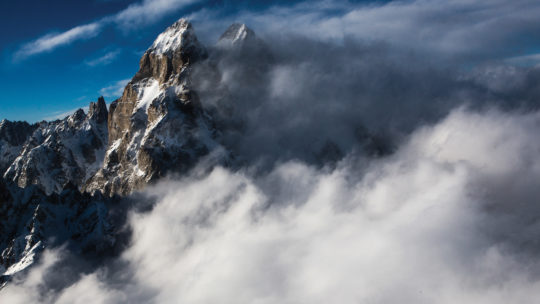