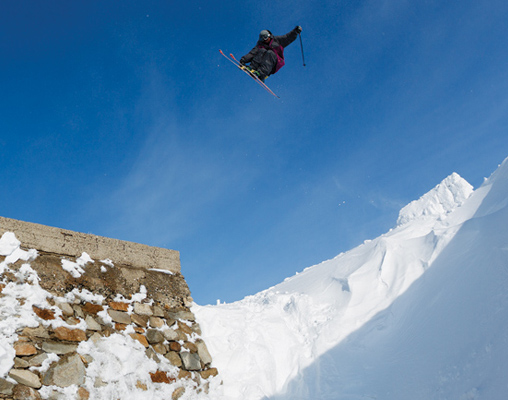 Words and Photos by Chris O’Connell_Level1

Throngs of Turkish locals and Saudi Arabian tourists lined the in-run to a mini quarterpipe, built on the side of a car park at a Mt. Hood-style volcanic mountain named Uludağ. They were chanting, “Torin! Torin! Torin!” Random shopkeepers and crowd members brought coffee and snacks to our skiers and media crew. As Torin Yater-Wallace, 16-year-old ski prodigy from Aspen, stepped out the final few feet to the top of the inrun, he explained that he was “training for the X Games.” Torin made the drop into the quarterpipe looking solid, traveled quickly up the five-foot transition, threw a 900, almost scraped his head on the coping and stomped the trick.

The crowd went berserk. The scene was ridiculous, comedic, backwards and epic.

Our new friend, Prince Mohamabar from Saudi Arabia, was among those watching and participating in this most unlikely training session two hours outside of Istanbul, the second largest metropolis in Europe. He was freaking out like he was on some sort of Turkish MDMA, losing his mind in bliss watching Torin, JP Auclair and Ahmet Dadali session our micro QP. His eyes watered with tears of joy—he was having too much fun. Was he really a prince? We never found out, but he was totally awesome. Like many other day visitors to Uludağ, Turkey’s largest ski resort, he traveled from Istanbul to rent ski poles and boots (no skis) and walk around the base area. Undoubtedly, being a part of the quarterpipe session was the climax of his vacation. 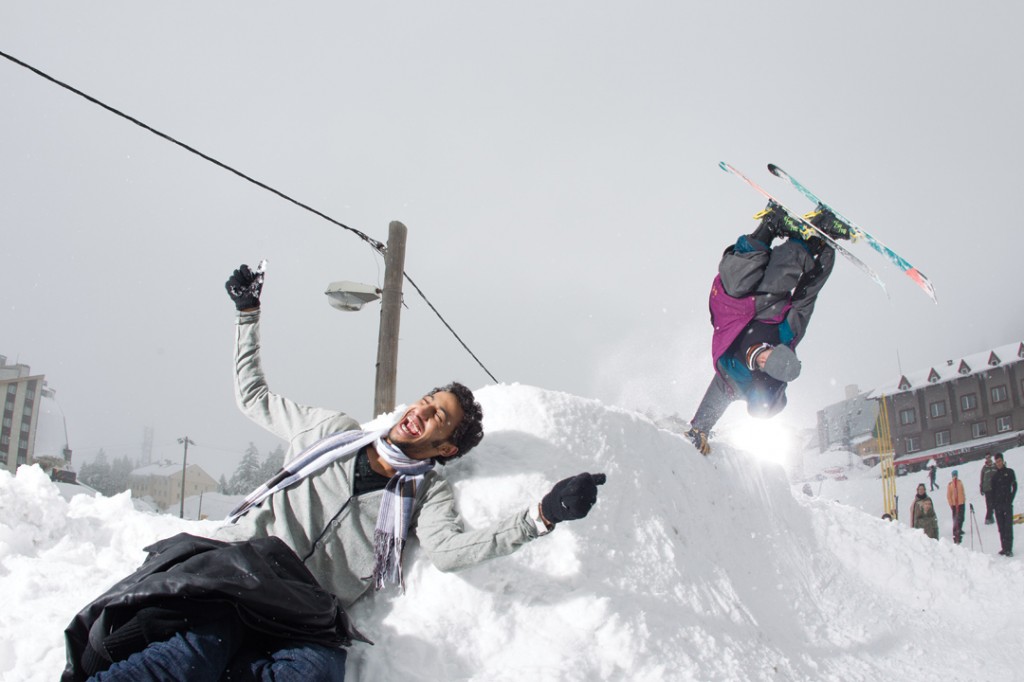 Istanbul is ridiculously large. It’s the only metropolitan area that spans two continents. It has 14 million inhabitants, more than the populations of New York City and Los Angeles combined, and is a giant melting pot of cultures. A ski city it is not, but when the Turkish go out to ski, they go out in full force. Sideways blowing snow, minus-10-degree temps and sheet ice, and they still ski bell to bell. Though I’ve traveled extensively throughout European ski countries, I have yet to see another resort in which the average Joey gets up so early and skis until dark. Keeners they are; good skiers they are not.

“You guys are definitely the first professional park skiers to visit the country,” our guide Kagan (pronounced Kaan) informed us, as he whisked us from the ultra-modern Istanbul airport, through the city, towards the mountains. Modern high-rises towered to our left; millennia-old mosques loomed to our right. We crossed the bridge over the Bosphorus Straight from Asia into Europe. Kagan pointed down to some houses along the water on the European side, “Most expensive real estate in all of Europe, more than central London to buy a house there.” Turkey is booming. It’s East meets West, for sure. The power of a strong economy and an active, powerful government can do impressive things for a country’s GDP. Behind only Moscow, New York and London, Istanbul ranks fourth among global cities for number of billionaires per capita. It’s described by the World Bank as an “emerging market.” The level of ski ability could be defined as “way before emerging.” 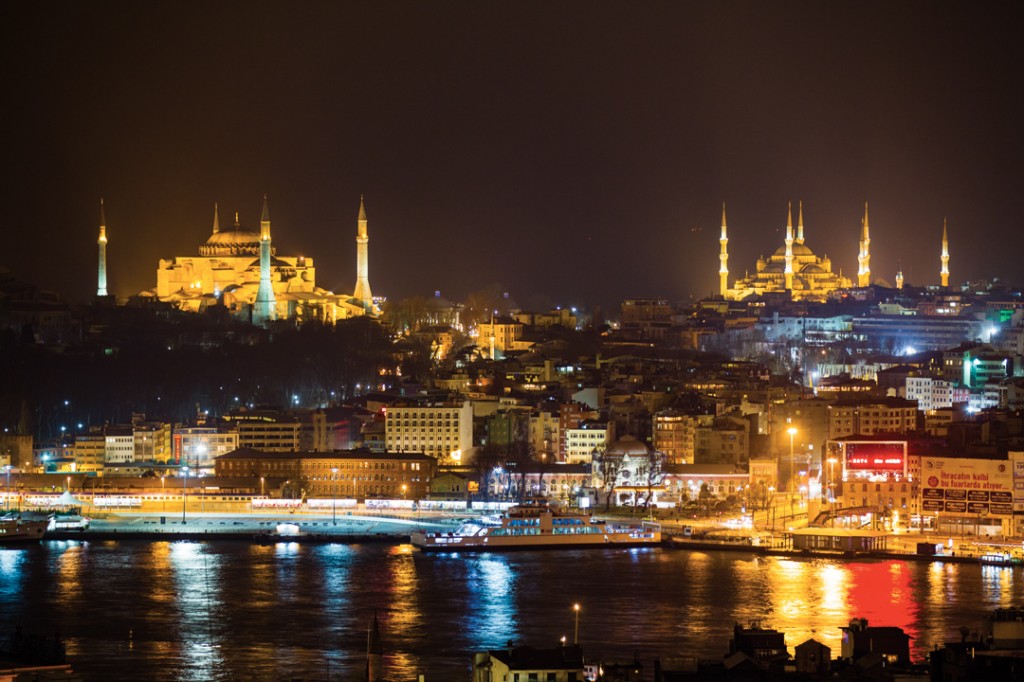 The old and the new.

Two hours later, we crowded into an elevator at the hotel where we spent our first night. The overwhelming smell of pungent body odor permeated my nostrils, and I looked at Ahmet, usually the first culprit of emitting such scents. “I know what you are thinking, and it’s not me,” he said. “It’s Turkey. That’s the way it goes.” Ahmet knows about Turkey, he’s been there a couple times before to visit his family. His grandmother, uncles and many other close relatives live in Istanbul. Ahmet is possibly the only professional freeskier of Turkish descent. He doesn’t speak the language because he was raised in New York, but he knows a few words and can understand a bit more. I couldn’t resist asking Kagan, “What do they call turkeys here?” “Funny story,” he responded, “we call them Hindis. That means Indians, because we think the birds are from India.” They come from North America, but most of the world seems to think they come from Turkey, while the Turkish people think they come from India. It’s kind of like french fries being Belgian.

As JP and Torin built a jump in the backcountry—or more accurately sidecountry, as it was visible from the lift in the adjacent inbounds terrain—the police, who double as ski patrol at Uludağ, arrived and tried to bust us. We tried to explain that this triangle-shaped piece of snow that we were building for no reason apparent to them was for a magazine article. We used all the usual hand gestures that go along with shooting photos and video and ski jumping, but they weren’t buying it. After about 45 minutes, our guides showed up in response to our panicked phone calls, thinking we were going to be taken into custody. All of a sudden everything was okay. I didn’t understand much, but the very tough looking cop started laughing after our guide spoke the word “American.” I happened to be drinking from a water bottle, and he was pointing at me as if it was unusual. He proceeded to confiscate my water bottle and inspect it. Our guide delivered the translation deadpan, 100-percent serious, “He wants to know why you are drinking water. You are American, shouldn’t you be drinking Coca-Cola?”

2 thoughts on “The Young, The Wise and The Crazy: Torin, JP and Ahmet shred Turkey”