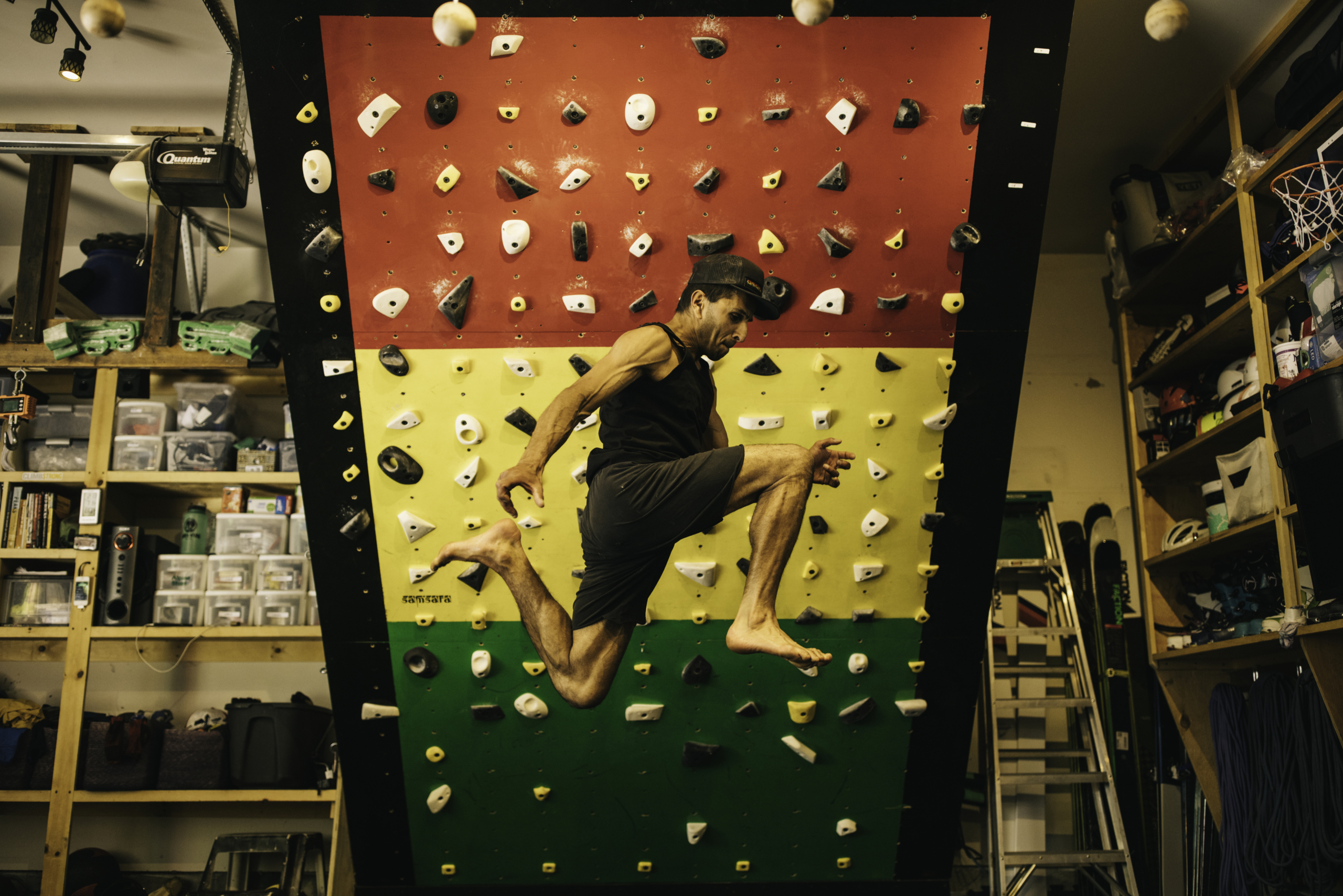 Samsara Experience and the end of “Ski Fit”

Like most of you, Zahan Billimoria didn’t come from a family of professional athletes. As the son of Indian immigrants living in Switzerland, he found his own path into the mountains, without a family pedigree to guide him. It wasn’t until moving to Jackson, Wyoming, after college that he honed his big mountain skills. Today, almost two decades later, he’s become one of the most knowledgeable skiers in the world.

Billimoria’s resume grew quickly once he started guiding in 2004, with a number of first descents in the Tetons. He made the US National Ski Mountaineering team in 2008 and later became the lead guide for Teton Gravity Research, taking professional freeskiers and filmmakers deeper and higher into the iconic range. He’s a unicorn in the industry, bridging the gap between world-class freeskiers and remote expeditions around the world.

Eight years ago, Z, as most friends call him, founded Samsara Experience, a training program that incorporates a heavy dose of research in biology, physiology and human architecture. His new methodology is aimed at improving the performance of the world’s best skiers and mountain athletes—including freeskiers Sam Smoothy and Michelle Parker, snowboarding legend Jeremy Jones and World Cup racer Steve Nyman, to name a few—by questioning long-held assumptions about training, strength and skill acquisition.

Most skiers won’t know the word Samsara offhand, but they’re often focused on its meaning—the world, which is built on the cyclicality of life and death that punctuates the lives of many who spend their days in the mountains. An important factor in staying alive when safety margins become thin is to build an athleticism that will allow you to quickly adapt and perform in all kinds of mountain conditions.

Freeskiing is one of the most underserved sports in terms of offseason training programs. Most are a cocktail of lifting plans and endurance training imported from ski racing, which, as Z will candidly tell you, comes up short—and, in many cases, is actually detrimental—to improving skiers focused on big mountaineering and freeriding objectives.

“There is very little thought that goes into applying a modern understanding of physiology and biomechanics into the big mountain skiing experience. Skiing is an agility sport, like basketball or gymnastics. It’s all about quick changes of directions, a high degree of skill and rapid responses. Most ski fit programs do little to improve any of this,” says Z.

Take, for example, pro basketball players. If NBA stars want to become better in the offseason, they focus on athleticism—jumping higher, running faster, releasing their shot quicker or acquiring a new move to skirt a defender. Z believes skiers should do the same, learning to be more explosive, faster and more precise through exercises focused on smaller movements. You might ask, don’t skiers do this already? The answer is more complex than meets the eye.

A considerable part of preseason training for most skiers—myself included—is dedicated to working out to exhaustion. The image of leaving the gym covered in sweat is enshrined in our visual lexicon as the best way to prepare for the season. “The type of exercise in which you leave it all on the floor is the problem,” says Z. “The research is very clear—skill acquisition and fatigue are absolute enemies. You can’t do both. If coordination is at the heart of a high-level skier, you should stop working out until failure.”

The Samsara method is unique in that it doesn’t care if you build larger muscles. Instead, Z and his team of trainers aim to help improve the control you have over your entire body, showing you how to recruit a higher portion of the muscles you already have. Z hopes to break the narrative that fatigue equals effect, especially for sports that rely on skill acquisition or movement capacity. “It’s an absolute disastrous idea when you’re trying to hone a new movement pattern,” says Z.

From his research on human biology and other training methods that skiers were using at the time, Z decided to start Samsara. The methodology focuses on three key components —absolute strength, the maximum force you can exert in a very short period of time, aerobic capacity, the ability to endure over very long periods, and athletic IQ, which covers intangibles and unique body movements. “Force production, endurance, balance, coordination, reflexes, stability and explosion are all ingredients of success,” says Z, “the key is remembering that the brain is the ultimate arbiter of all of this. It decides what muscles we recruit and how everything works together. Our process is more focused on training the brain than it is any single muscle.”

So, What’s The Deal?

Taking the entire summer off might be better than grinding out two-dimensional movements (like a deadlift) to exhaustion, according to Z. Sure, you’ll come out of that workout plan fit, but your skills won’t improve—in fact, there is strong data to suggest you’ll decline in coordination and movement capacity. “Skills and speed are enhanced only when the body is allowed to operate at its maximum, which you can’t get to when fatigued. Training needs to reflect this, with quick reps that never go to failure.”

Samsara athletes measure their progress through an assessment matrix that targets three movement patterns: bounding, pushing and pulling. Because skiing has nearly endless variables, from terrain to styles, progress isn’t linear, easy to map on a graph or compare from person-to-person. Instead, the program looks at basic metrics like reaction time, lateral force production and ground contact time.

The first step, Z says, is to forget about building muscle and looking a certain way. That pursuit hurts performance more than it helps. An overemphasis on big, bulky muscles overlooks the fascia and tendons—the smaller keystones in our bodies that promote confidence and quicker reactions when navigating big-mountain terrain. “It’s a total misconception of strength. Throw out the deadlifts and calf raises. Coordination exercises repeated to failure are the worst for improving skiing skills and performance.”

All The Gear You Need

The Samsara program can be started with nothing but floor space, doing the exercises with body weight. For those with a small budget, a few items can be helpful to improve performance: weights (Z suggests 35-65 lbs for most athletes), a pull up bar and rings. The program is based on a three month block, broken into sequential four-week phases, detailed below.

For those getting started with offseason ski training, Samsara Basecamp, a new online platform, might be a good baseline alternative. It covers the foundation of the Samsara method, including the process, assessment tools and resources and is available on a month-to-month subscription plan. While Basecamp doesn’t provide you any interaction with the community of athletes or coaches every week, you still have access to the same body of knowledge to help improve your skiing. For the full experience, apply for the athlete team, which is open to anyone, not just pro athletes.

The key to the program is understanding your body and the right load to stimulate change. “Even the sexiest exercises won’t do shit if you get this wrong,” says Z.

This is a prolonged isometric that’s loading all the tissues in the pattern of locomotion in your forefeet. This should put stress on the achilles and patella and all the way into the glutes. By holding this position for 30-40 seconds, an isometric strain on those tissues will help them remodel and strengthen. It’s good for both rehabbing and preparing for high-load work that comes later in the program. It also has a balance component because the isometric movements are inherently unstable.

Start with a high load, low reps and your heel on the ground. This will load the front side of the knee, which is responsible for slowing and breaking forces, like landing a jump or stomping a cliff. By varying the joint angle you are building strength on the anterior side of the leg. It is unhelpful to come up to a standing position. Try to stay in an engaged position, like you would skiing. This is a great max strength exercise, but don’t go to failure. Choose a weight you can do four reps with and just do three. Getting the load right is crucial.

Skiers need to get back to jumping in the offseason. It’s an expression of power and extremely complex coordination, and defines a lot of the sport. Jumping is two parts: propulsion up and absorption of the body coming back to Earth. For this exercise, switch stances in air by generating airtime to switch and then back to original stances. The flying knee jump requires an enormous explosion, which is built up from earlier phases.

At first glance, Samsara may seem similar to many ski fit programs, but that couldn’t be farther from the truth. The methodology behind Samsara is based, first and foremost, on improving agility, skills, and your overall athleticism, no two-dimensional strength, like most. Further, by applying cutting-edge research and working with a large team of athletes, it’s a collaborative and constantly evolving process, much like modern science today.

To learn more about the Samsara Experience and begin your training, click here.