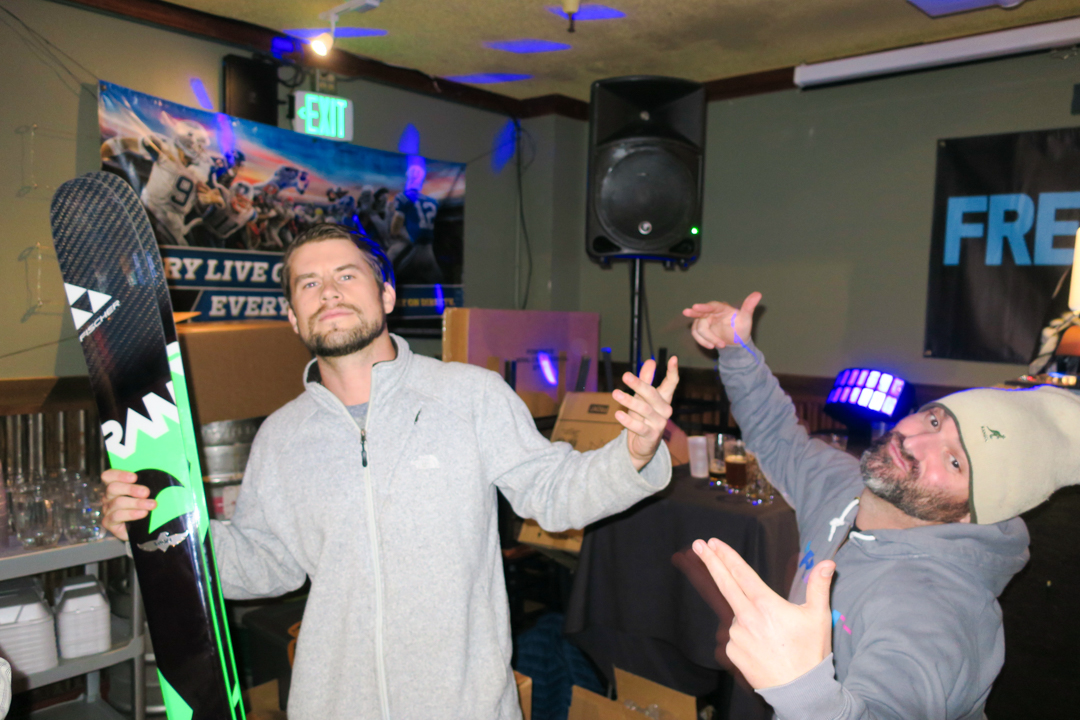 The thermometer showed a crisp eight degrees; over 15 inches of new snow had fallen in the last week; the lifts were spinning; the stoke was high; and a four-person rap battle threw the crowd at Ollie’s Pub and Grub into a frenzy.

Last night, the first stop of FREESKIER’s Elevated Après Tour set the tone for what should be an incredible winter. Hordes of hungry and thirsty skiers flocked to Ollie’s Pub and Grub on Main Street at 4:00 p.m. after a day tearing up the 255 acres of early season terrain at Breckenridge Ski Resort.

Beers flowed, wings were devoured and a few lucky attendees walked away with some incredible ski gear. To start off the gear giveaways, beer chugging contests were held and a dance-off yielded some top-notch prize giveaways.

The highlight of the night, however, was an impromptu rap battle that was almost (almost) on par with the scene from Eight Mile. One person took home a brand new pair of Fischer Ranger 98 Ti skis as a result. Four eager participants took to the microphone, spit rhymes amongst a raucous crowd, with one Breckenridge local emerging victorious. 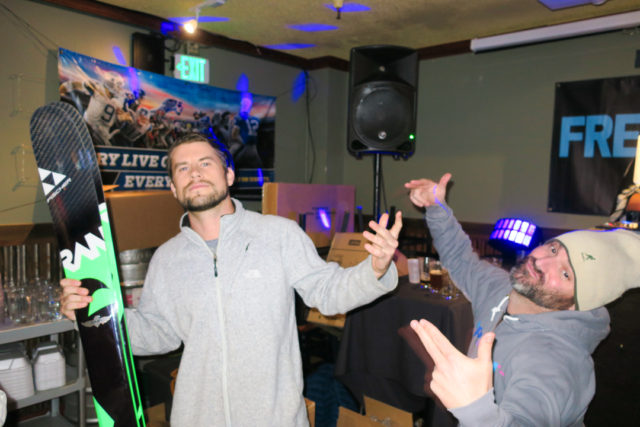 Make sure you don’t miss any more of the events on the tour. Next stop: Copper Mountain.

And if Breckenridge is on itinerary for this season, check out the beta below.

Where To, At Breckenridge Resort:

Ski: Breck’s well-known for its world class terrain parks, specifically Freeway and Park Lane. Whether it’s massive jumps, the 22-foot superpipe or the plethora of creative jibs, rails and bonks, these parks have everything you need. Those looking for a challenge of the steeper sort should check out Peak 6 (which opened for the 2013-14 season), Horseshoe Bowl and the terrain off of the Imperial Express. 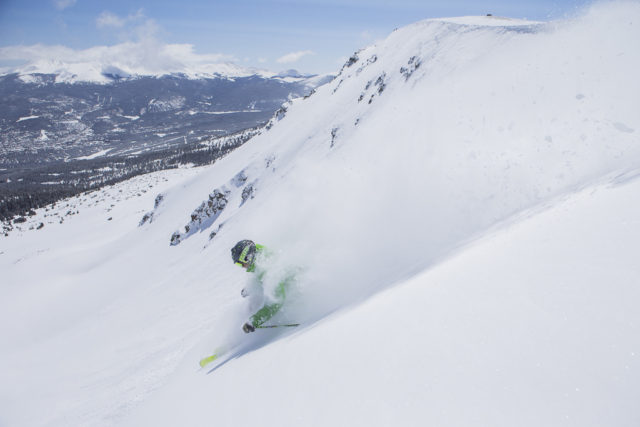 Eat: The Overlook Restaurant provides incredible views from the top of Peak 9 and guests can enjoy a local favorite, hot and flaky Harvest Turkey Pot Pie.

Drink: The TBar, located at the base of Peak 8, is the ideal on-hill happy hour spot. Kick back on the patio with a beer and some appetizers (pretzel bites with charred poblano queso, anyone?) and watch skiers throw down in Breck’s Park Lane and Freeway terrain parks. 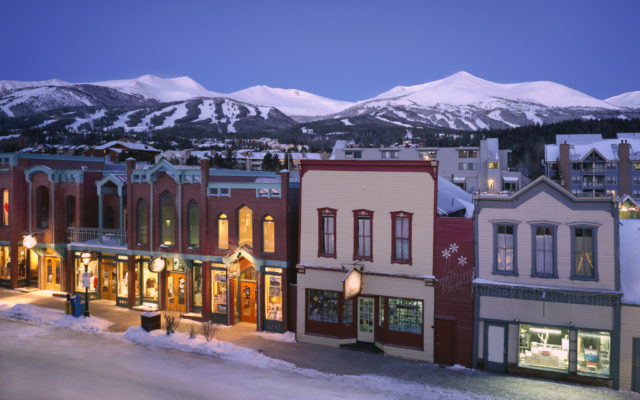 Stay: If you’re looking for luxurious dig, One Ski Hill Place is your ticket. The hotel, located at the base of Peak 8, features two bowling lanes, a restaurant, two movie theatre rooms, a spa and aquatics center and much more. The DoubleTree by Hilton, near Peak 9, is also a great option, as well as the many condo options in the Village at Breckenridge.

What’s new at Breck: The Pioneer Cross restaurant opens this December, at the top of the Independence SuperChair on Peak 7. The 490-seat eatery will offer everything from soups to international cuisine, and will overlook the expansive Summit County.