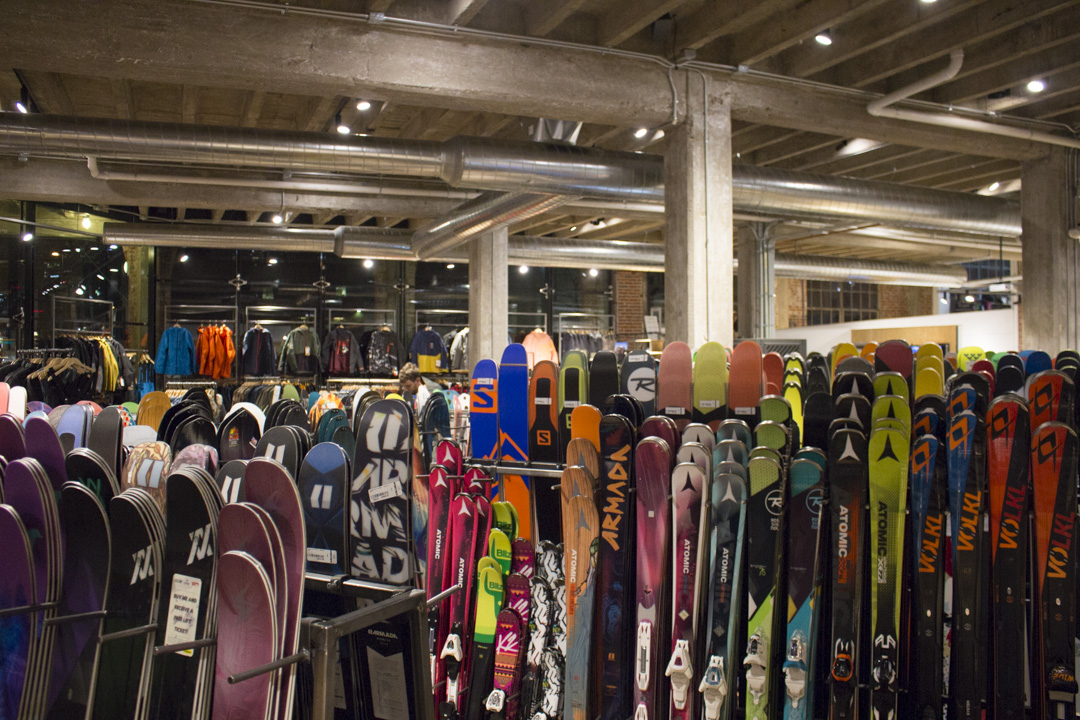 Selling goods online for the past 15 years, Seattle-based action sports and outdoor retailer evo isn’t exactly new. What is new, however, is the the company’s store in Denver, Colorado, which opened in November. Located at 860 Broadway, it has become the third physical evo store, and what a store it is.

The location was previously occupied by a local bike repair shop, Edgeworks and The Bicycle Doctor, owned by Matt Hupperts for over 20 years. Seeking to make roots in Colorado, evo teamed up with Hupperts and now the small shop has been transformed into a larger evo store—though it has kept many of its original team members.

According to Hupperts, the changes to the store have been welcome. Before, there was little room in the shop to sell and repair much more than bikes. Now, in the expanded space and through evo, he and his team will sell not only bikes, but top-of-the-line skis, outerwear, streetwear and more, as well as maintain a large repair shop for both bikes and skis in the back.

The new evo building is both beautiful architecturally and aesthetically, while taking care to pay homage to the original Edgeworks and The Bicylce Doctor store (look for the old store’s sign in the repair shop). There are brick walls, art throughout the store, as well as a gallery space which can be used to host shows, movie screenings and more.

In celebration of its opening, evo has been hosting an event each night this week, many of which support SOS Outreach—a national youth development non-profit. Be sure to check out the remaining events, tonight and tomorrow, and stop by for a ski tune before hitting the slopes this weekend.

The final night of the evo Denver opening week celebration will highlight the faces of SOS Outreach Denver. Purchase of a ticket to the event grants a beer ticket and raffle ticket, which could score you prizes from Silverton Mountain, Strafe, Burton, Jones Snowboards, Line Skis, Smartwool and Picture Organic Clothing. The Faces of SOS exhibit will highlight children who have participated in the program and their stories of how SOS as changed their lives for the better. Odell will once again be on will be on-hand to provide beer.

evo Denver will be screening Salomon TV’s latest film, Guilt Trip, which explores the effects of climate change on the country of Greenland. Chris Rubens and Kalen Thorien, the two pro skiers featured in the movie, will be on hand to answer questions following the film screening. If you’re one of the first 200 folks in attendance, you’ll receive a Salomon Freeski and evo collaboration camping mug. Happy hour begins at 5:30 p.m., and the film starts rolling at 7 p.m. 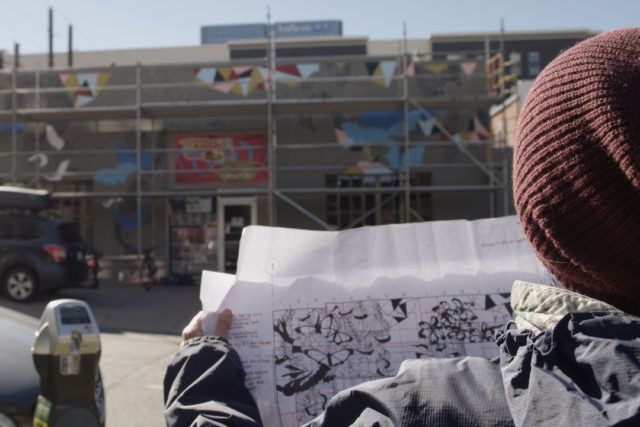