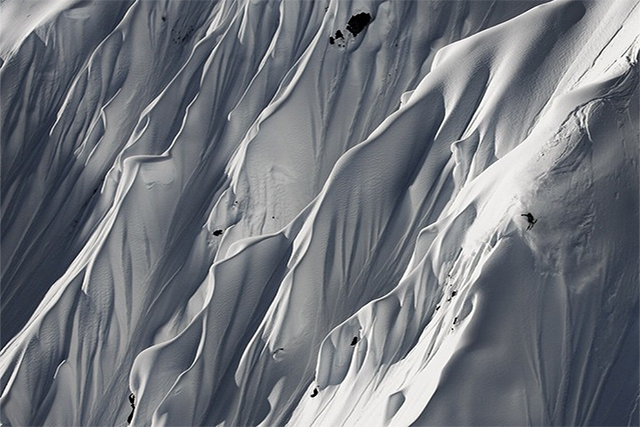 Published on June 15, 2015
by Thacher Stone
Share
Tweet
Pin
Email
This summer, FREESKIER will be highlighting a collection of the greatest ‘grams of the 2014-15 season as seen through the eyes of industry veterans and professionals. The Best of Instagram series will showcase the favorite images and 15-second clips from select athletes, photographers and media crews from this past ski season. Enjoy the ride and be sure to give these guys a follow and a double-tap the next time you’re scrolling through your feed.

This week in our Best of Instagram series, the freeskiing crew known as (The) Legs of Steel brings us five of their favorite moments of the 2014-15 season. The Austrian bunch, celebrated for their creativity both in front of and behind the lens, as well as a pure passion for skiing and filmmaking, is currently in post production of their two-year film project, Passenger. As we patiently await the film’s fall release, take a minute to soak-in some of the massive park shoots, extreme lines and incredible imagery that hit LOS’ Instagram feed, last season.

Get familiar, below, and if you don’t already, follow @TheLegsOfSteel now.

The following words are provided by Legs of Steel

Our season is almost OVER! #passengerfilm

It was the finale; the last segment of our upcoming movie and subsequently the final thing to shoot. Our crew took over the terrain park in Stubai, AUT to create our own mega park. We had pretty much the whole cast of skiers with us, plus some special guests. For what felt like the first time this year, things were not going our way. Two of the main skiers fell victim to injury and the weather could not be predicted an hour in advance. In all fairness, the shoot went down like all the rest—it was epic. We finished up the season smiling and went straight to the pub.

This image is from our first-ever shoot in Alaska. After months of preparation and countless emails to other production companies for advice, we finally found ourselves in the almighty Alaska. Six athletes, two photographers, three filmmakers, 25 down days and four ski days later, everyone emerged happy campers. Pictured above, trip advisor himself, Sven Kueenle, rips down a massive spine.

“Ah you think darkness is your ally? You merely adopted the dark. I was born in it, molded by it…" #passengerfilm

The first of the bigger projects we undertook for our upcoming movie was a park jump in the backcountry. The scale of the natural spot we chose in Zürs, Austria came to light once the shaping crew rolled in. The feature was massive. It proved to be very challenging to build, shoot and capture all the skiing that this bowl had to offer.

More snow in #revelstoke for the boys at @eaglepassheliskiing #revelstoked

Every trip can be hit or miss. We arrived in Canada on January 1st for three weeks of ripping powder. Nobody is upset to find their vehicle buried on days like this. However, shortly after this picture was taken, it started to rain, so we migrated back to Europe where it was still snowing.

We went to New Zealand last summer. The trip was a big turning point for our two-year production. It was such a fun trip and it felt like the entire time that we were there, everyone got to relax a little and have some fun. Whether we were flying in a helicopter, skiing out of a hut, cruising in the resort or surfing at the beach, everything seemed to be working out perfectly and our entire crew was having a good time. If you’re in New Zealand, we’d highly recommend checking out some extreme activities in Queenstown.