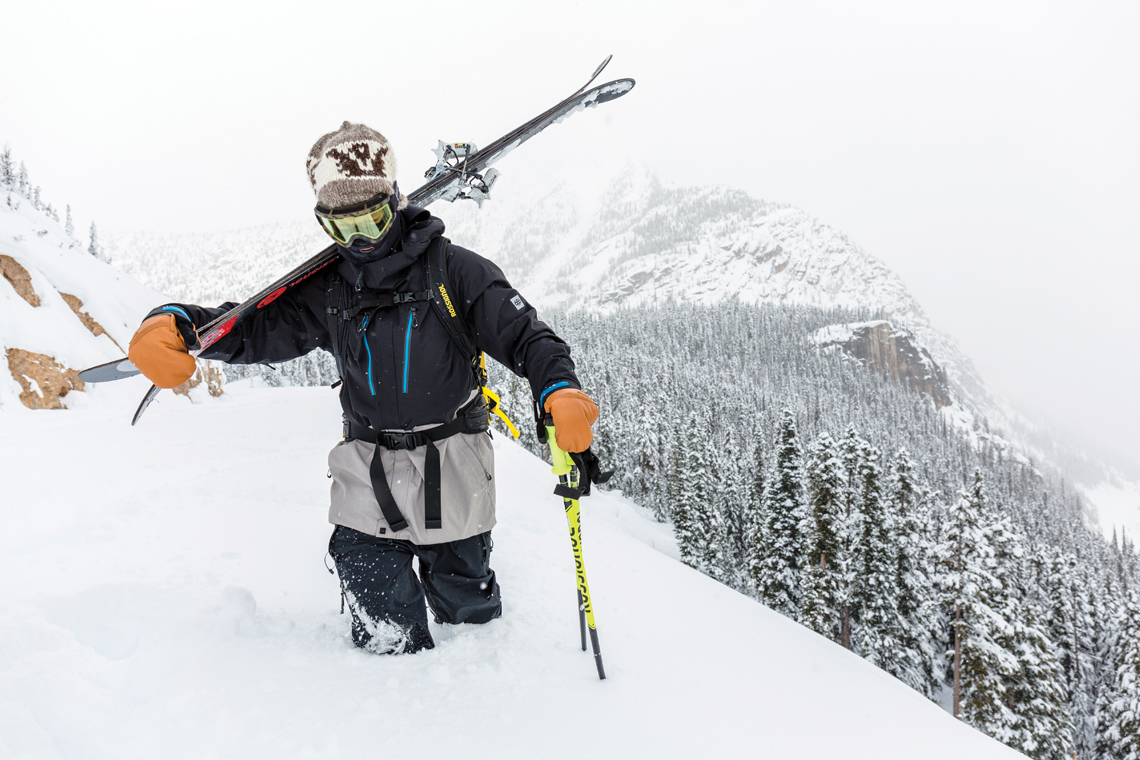 The email came in on October 12, 2016, from the elk-hunting, race-car-driving, mullet-wearing pro skier, Parker White. “686 is announcing me as their first skier in 24 years of business,” it read. “This is a big deal for their brand as well as myself and the ski industry in general that 686 is no longer only snowboard.” I sat back from my computer screen to comprehend the fact that one of the most successful snowboard clothing brands on Earth had just welcomed White, a skier, onto its esteemed contingent.

In November, when temperatures were dropping, snow was falling and 686 was ready to go public about White, FREESKIER excitedly broke the news online. And, I really wasn’t sure how people would react. While skiers and snowboarders have come a really long way over the years—and the days of Johnny Tsunami-style, Skiers-vs.-Urchins clashes are largely behind us—animosity still reveals itself from time to time. Let us not forget there are actually ski resorts that prohibit snowboarding to this day. Additionally, it’s not uncommon to see someone proudly sporting one of those “SPRAY SKIERS” hats at the resort parking lot or your favorite après joint. But, when White joined 686, the response was overwhelmingly positive from skiers and snowboarders alike; readers from all backgrounds received the news with true optimism. And, a year later, here we are: realizing all of this perhaps wasn’t that crazy… that maybe it would’ve been crazier for 686 not to embrace skiing. 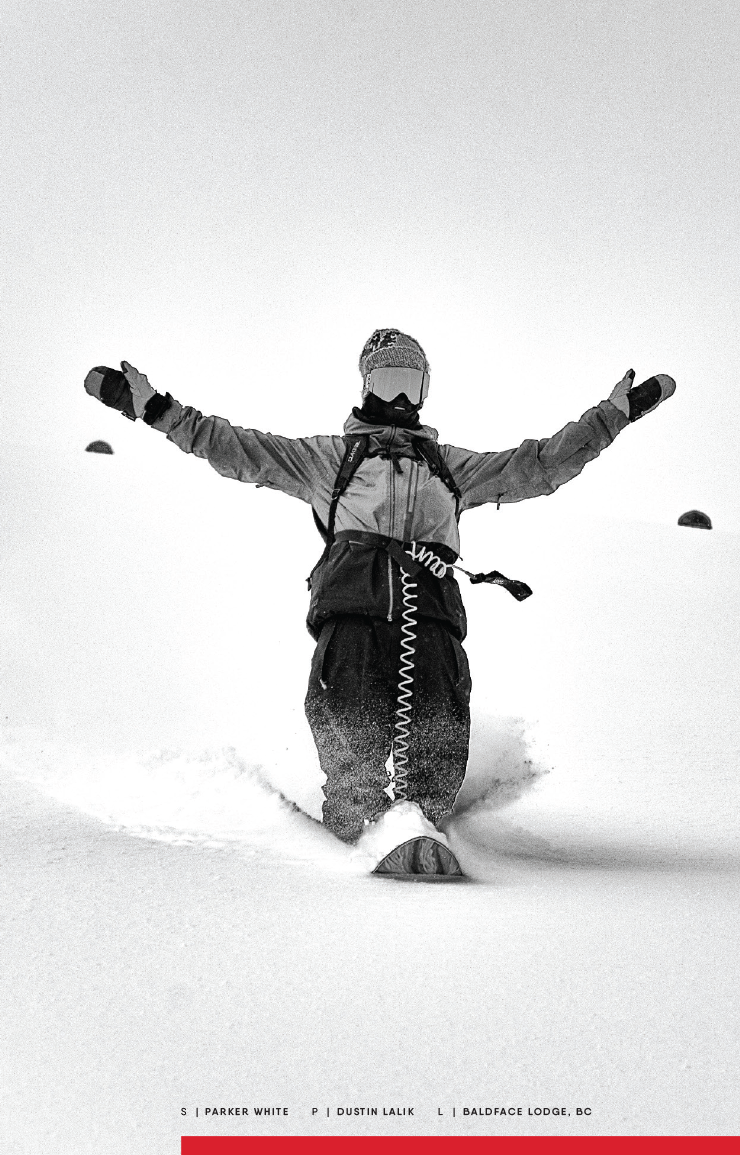 “Internally it was a huge deal. But with Parker, it just seemed too right,” says 686 founder and CEO, Mike West, who has independently owned the brand for 25 years. “At the end of the day, our history is in snowboarding because of where we grew up in Southern California with heavy skateboarding and surfing influences. But, we estimate a solid 25 percent of our customers were already skiers. So, why can’t we be inclusive, maintain our brand equity and point of view and continue building a team that really speaks the same language we’re speaking now? The assumption is always that if you’re not marketing to them, you’re against them. And that certainly was never the case.”

You might be asking yourself how 686 managed to sell a quarter of its gear to skiers in past years. That’s a big chunk of business, especially considering that, as West noted, the brand was only marketing to snowboarders. But the answer is simple: This gear looks sleek as hell and, under the hood, boasts a healthy variety of tried and true technology. The modern-fitting garments are created with the best of the best materials—ranging from heavy-duty Gore-Tex to cloud-like fleece—supplemented by practical features like state-of-the-art venting systems and Boa-adjustable ankle gussets. In short, it’s hard not to love. 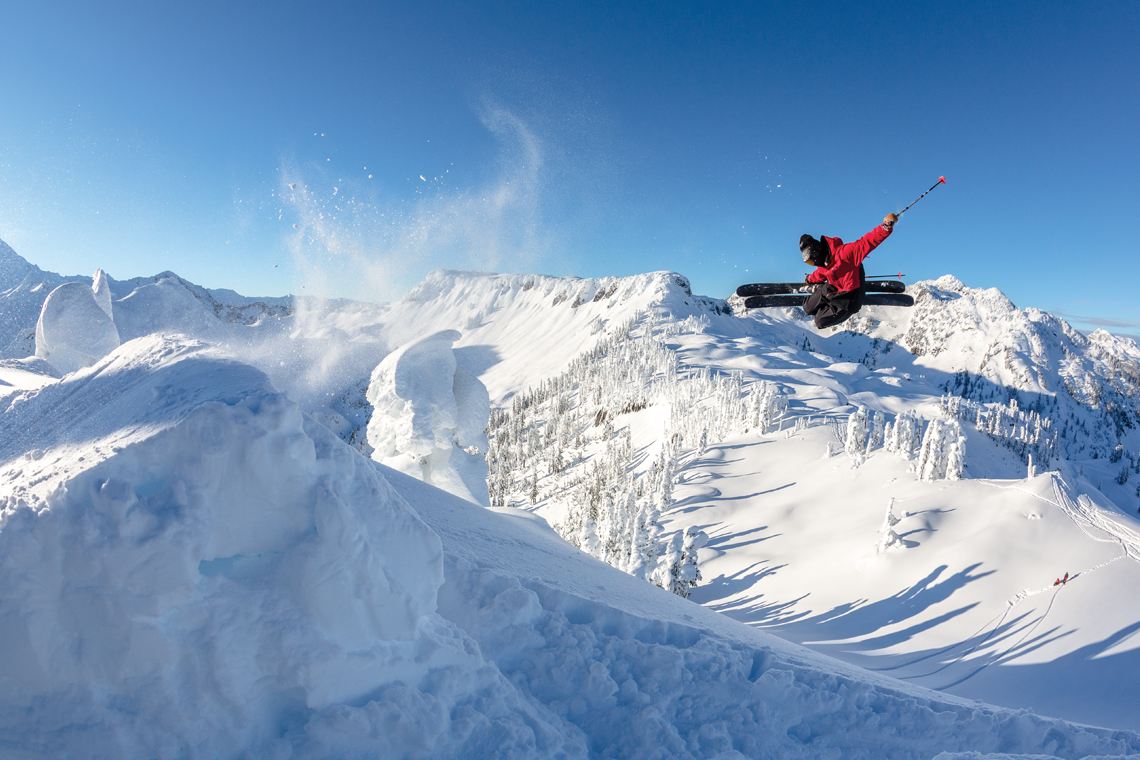 The first skier to join the 686 team, White impresses with his aggressive style. Photo by Brad Andrew.

“For me, I felt like I was reborn out there [on the slopes]. The gear is that good,” says White, reflecting on his first season with the brand. “I thrash this stuff through riding my sled, being in the backcountry every day, standing in pissing rain at the trailhead and in heavy snow up high. I put it through the wringer non-stop. And, unlike many of the brands who make gear equally technical, 686’s is just so stylish. So, when you’re wearing it, you don’t look like—for lack of a better word—a dork.”

White joins an impressive group of athletes at 686 who he’s become quite close with in a short amount of time. But, one teammate in particular, Forest Bailey, is far from a stranger. The two grew up shredding together in Vermont, carved their own successful paths in the snowsports world and, now, in full-circle fashion, they’ve reconvened via 686.“I joined when I was 16, so they’ve really watched me grow up,” says Bailey, who just turned 26. “It’s a great company and a pretty rare situation because everyone else seems to be bought out these days. You just don’t see independent companies [as much]; it’s the reality of our world. But, it’s so cool that Mike has kept with it for 25 years, and is still grindin’ in the office five days a week. He’s still a part of every step of the process from start to finish.”

Talk to any of these gents—White, Bailey, West or anyone else involved at 686—and there’s a proud, family-esque vibe that’s immediately evident. Everyone works hand-in-hand on projects including product development, marketing, trip-planning… everything, really. The team manager, Pat McCarthy, even named his daughter Rowan Bailey McCarthy—taking Forest’s last name as her middle name. 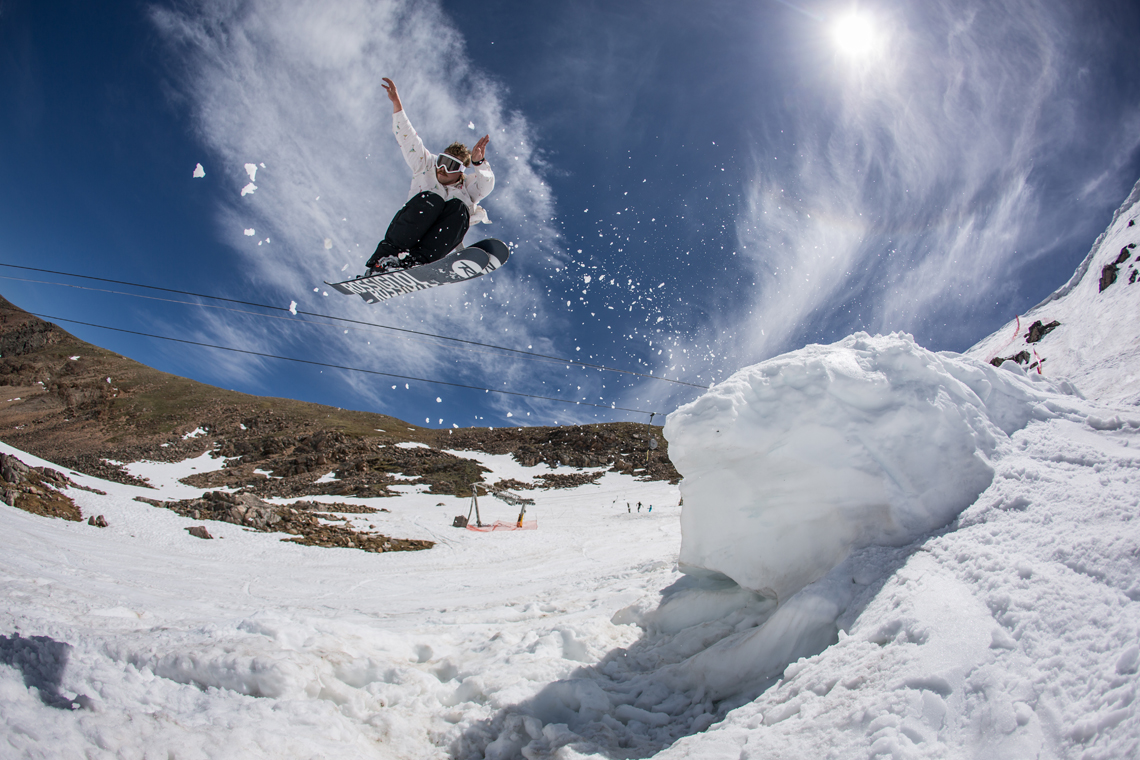 White airs it out at Beartooth Basin, MT. Photo by Erik Hoffman.

When you have a group this in-tune with one another, the positivity becomes contagious. That’s why West reels team athletes into the 686 headquarters in Gardena, California as much as he possibly can—asking them for input and filling them in on all the brand’s various happenings. And that’s also why the brand started the Compton Snow Club, a program where 686 athletes and staffers take at-risk youth out to Bear Mountain, two hours from Los Angeles, to experience the joy of snowsports. There’s a selflessness to it all that’s inspiring to customers, especially in this time where a surplus of consumerism can often be overwhelming and deterring.

Looking ahead, 686 is proud to continue developing the ski side of its team with the additions of Mike King and Laurent De Martin, two incredibly talented and charismatic fellows who are sure to fit right in. It’s possible that others may be invited to join the squad as time goes on, but no one at 686 is in a rush to make that happen. Instead, this is a brand that’s all about taking its time and doing things right.

“We pride ourselves in just creating products that solve problems—products that keep you warm and dry, but also provide an experience you can feel so good about,” says West. “We’re always trying to better ourselves and the people around us. That’s who we are.” 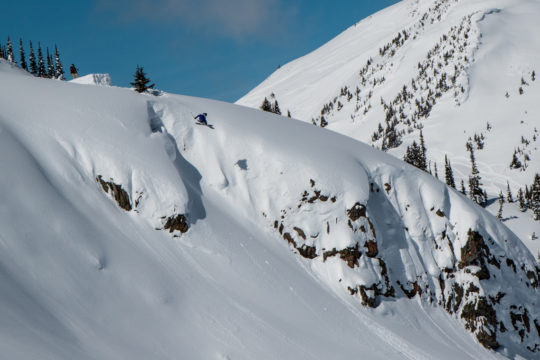