A competition unlike anything else in the ski industry, SuperUnknown was started by Denver-based production company, Level 1 Productions, to bring 10 of the best “unknown” freestyle skiers together for the chance to win a large cash prize and the opportunity to film with Level 1 for their upcoming film that drops each fall. After a week-long session at Winter Park with one of the most diverse crews Super Unknown has ever seen, it was Blake Wilson who rose to the top of this up-and-coming skier crop–as voted by his peers–and crowned Super Unknown XVI king.

“This is definitely a surprise, there’s such a super stacked crew and it was amazing to session with you all, I’m honored,” said Wilson upon receiving the sought-after honors.

Italian Giorgia Bertoncini, despite tweaking her knee on the very first day, very first run, walked away with the first-ever women’s title.

“I think that this is a great experience to show to the girl’s freeski world that there is not just normal competition, there are other ways for them to get noticed and pursue a career with shooting video,” said Bertoncini of her first experience at Super Unknown.

As told by Level 1 Productions:

Winter Park Resort has rolled out the red carpet for SuperUnknown Finals yet again, stacking some of the most technical jib and jump features we’ve ever seen, and delivering on our request for blue skies and warm spring temps. This year’s crop of Finalists is our most global yet, brining their individual styles and skill sets from eight countries around the world-each with a unique approach to skiing which is guaranteed to make this year’s Finals a tough one to judge. 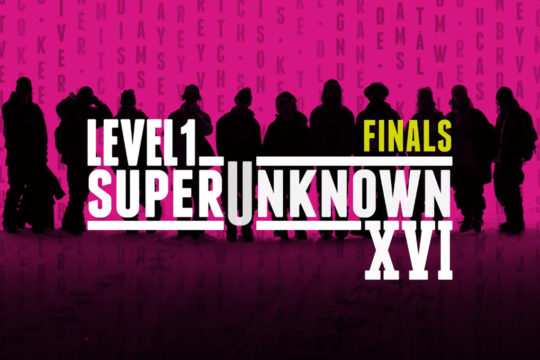