The Nine Knights event—a men’s skiing invitational in Livigno, Italy that promotes creative, progressive tricks over a literal castle of features—has been blowing minds since 2008. The images and video content that come out of the event year-in and year-out raise eyebrows, drop jaws and elicit multiple “holy sh#t” responses. The 2014 event saw Norway’s Jesper Tjäder send a double backflip over an absolutely preposterous “death gap,” and last year, David Wise set a world record for highest air out of a hip at 14.2 meters.

Jesper Tjäder tosses backflip over the “Death Gap” in 2014

In 2011, the Nine Queens event was created in Serfaus-Fiss-Ladis, Austria to provide women with an equal opportunity to showcase their talents. And each iteration has produced memorable, and in some cases, unprecedented moments. At the inaugural Nine Queens in 2011, Kaya Turski became the first woman to land a switch 1080. Then at the 2013 event, Lisa Zimmermann stomped a double cork 1260, becoming the first female to perform that trick in competition.

And on March 27, 2017, the men and women will come together for a unified event at Watles, South Tyrol, Italy, dubbed the Suzuki Nine Royals. Names like Wise (USA) and Tjäder (SWE), among other male skiers, will once again be on-site while Emma Dahlsröm (SWE) and Coline Ballet-Baz (FRA) are confirmed from the women’s ranks. Nine Royals will also include the continuation of the “Become a Royal” video competition, where amateur and pro skiers from around the world can submit video edits with the hopes of being chosen to compete among the many talented contestants at Nine Royals. 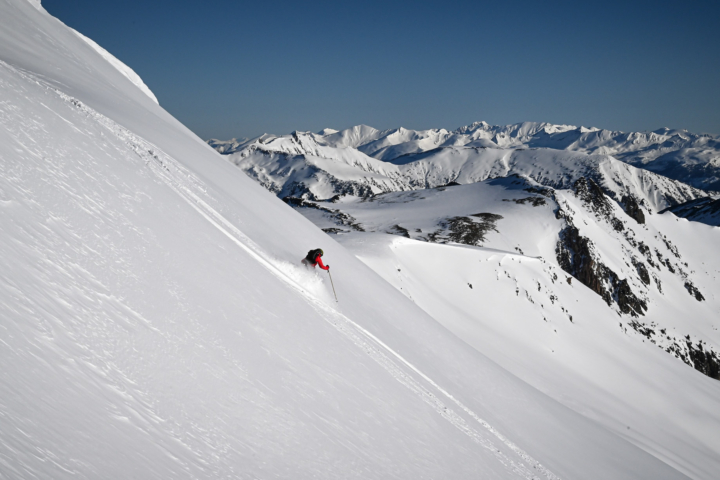