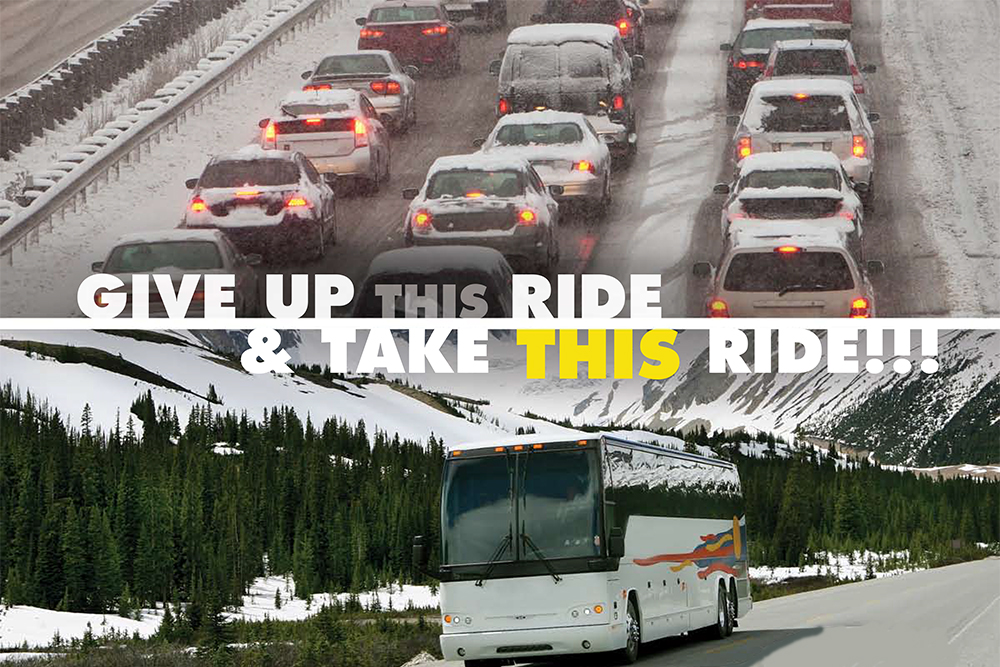 For skiers living along Colorado’s Front Range, which includes major cities such as Fort Collins, Boulder, Denver and Colorado Springs, the I-70 corridor presents a frustrating dilemma. Eight world class resorts (Arapahoe Basin, Loveland, Winter Park, Keystone, Breckenridge, Copper, Vail and Beaver Creek) are all accessed via the Interstate, but during the peak of winter, I-70 looks more like a parking lot than a highway. What should be an hour-and-a-half drive to Keystone could take twice that long.

Recently, data has come to light that shows that I-70 could soon become one of the worst commutes in the entire country. The commute could cause people to give up skiing altogether, in order to avoid the pain of sitting in traffic in the dead of winter.

Some folks in the Front Range are seeking a solution to the madness, including the Higher Ground Ski Club. The club is running charter bus day trips on Saturdays and Sundays from Boulder to resorts on the Epic Pass (Arapahoe Basin, Keystone, Breckenridge, Beaver Creek, Vail) and Rocky Mountain Super Pass (Winter Park, Copper). Each bus can accommodate 56 passengers, which would take 28 cars (assuming two passengers in each car) off the road. Not a huge number, but certainly a good first step. 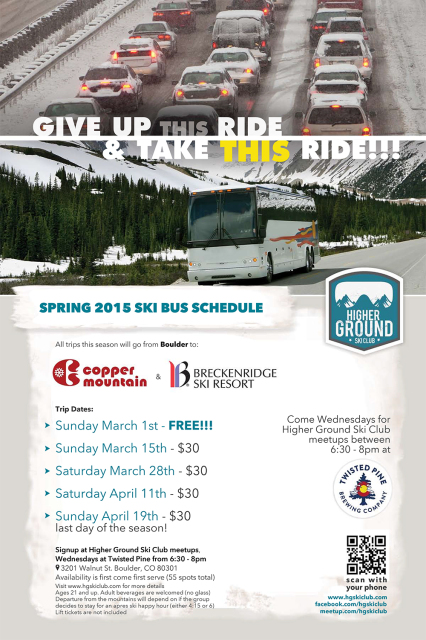 The Higher Ground Ski Club has just announced its spring schedule, with buses shuttling skiers to Breckenridge and Copper Mountain on March 1, March 15, March 28, April 11 and April 19. The ride on March 1 is free, with each subsequent reservation costing $30. For more information regarding membership options, head to HGSkiClub.com or head to the Twisted Pine Brewery (3201 Walnut Street, Boulder) on Wednesdays at 6:30 p.m. for the Higher Ground Ski Club weekly meet up.