Wondering how COVID will affect the ski season? Look to the Southern Hemisphere

Published on September 10, 2020
by Andy Cochrane 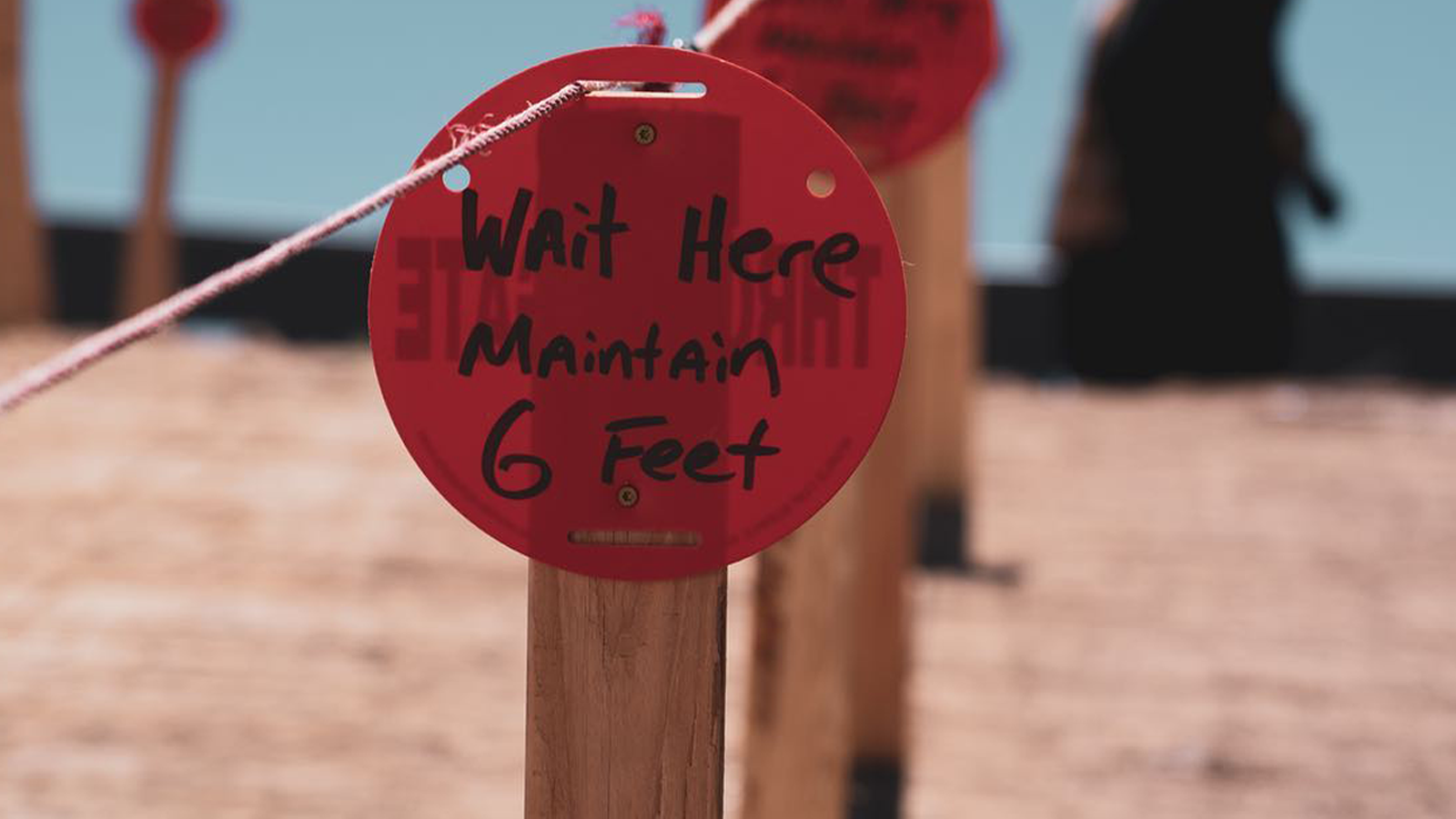 Wondering how COVID will affect the ski season? Look to the Southern Hemisphere

“We were in Europe in February, traveling with two of our suppliers, Doppelmayr and Piston Bully. My husband and children are based there and compete as freeskiers. We started watching everything unravel and knew we had to hightail it home,” said Bridget Legnavsky, General Manager of Cardrona and Treblecone, two of the largest ski resorts in New Zealand.

Combined, the two resorts employ over one thousand staffers and see almost a half million skiers during a typical year. However, this winter, even in a country as proactive as New Zealand, skiing is different.

“When I got back home, I sat down with the team and started building scenarios, everything from shutting down completely to full scale opening,” said Legnavsky. “We had over ten of these [plans] built out. Some were just for domestic skiers, or only local skiers, or maybe opening to guests from Australia. They included full budgets, hires we’d need to make and how many skiers we would expect.”

Legnavsky used data from previous seasons to build an final estimate for this year, which ended up being around 50-percent capacity. Some factors, like a possible economic downturn, were hard to calculate. “There was a lot of noise right away but, by opening day in July, we had a good idea what to expect. Thankfully the government set clear guidelines on when we could and could not be open.”

While international travel remains off limits for many citizens of the world, New Zealand offers hope for a good ski season. “We were overwhelmed on opening week,” said Legnavsky. “Don’t underestimate the passion skiers have to get outside and into the mountains. We lost some business because we couldn’t handle the volume at our ski and snowboard school, and we had far more traffic than we expected, which meant congestion and finding parking spaces was a major challenge.”

While New Zealand was at the lowest restrictions, Level 1, lift lines were normal. However, when the country recently moved to Level 2 due to an increase in cases, lines stacked up to 40-minutes due to social distancing limitations. Legnavsky says that Wanaka is a popular domestic holiday venue, which has helped fill the chairlifts. “Well-known mountain towns in the US will be swarmed. Your domestic market is much stronger than ours, and we were at capacity. There should be enough demand to keep resorts open, if they are able to keep people safe.”

Legnavsky says, during Level 1, masks were only required at close contact, like when renting skis, boot fitting or in the medical center. However, when New Zealand entered its Level 2 “lockdown,” masks were also required on chairlifts. Both of her resorts follow government guidelines for hospitality and hospitals, which makes it easier for them. “I would advise resort owners to start with the worst case scenario and work forward from there. I think it’s a safe bet to say the domestic market will be strong. People want out of cities right now. They want to get away into the mountains.”

Sam Smoothy, professional skier based in New Zealand, echoed the sentiment. “It’s been a strange winter, starting with a lot of uncertainty. Kiwis from all over the country came to Wanaka and it created a big winter holiday boom,” said Smoothy. “Since then it’s been really busy, which surprised a lot of people and definitely helped businesses that are tourism dependent. Without climbing on my high horse, I’m really proud of how this country has banded together. It’s a great time to be a small, remote island nation.”

David Owen, the owner of PowderQuest, a guiding service in Chile, had a much different experience. After 22 years of guiding small groups in South American and Japan, he decided not to operate this season. “A month into the pandemic it became clear that things weren’t going to be normal for a while. We wanted to be fair and transparent with clients, so we made the decision to skip this season and not guide at all. Looking back, it was a great move on our part. It would have been a very difficult year.”

Unlike New Zealand, Chile has been under strict lockdowns, limiting skiers and access to ski resorts. “Most resorts remain closed. The handful that were allowed to open are locals only, just for day trips and only one person per chair. Most are only allowed to operate during weekdays, too,” said Owen. “Lockdowns forced resorts to open late and some didn’t open at all because they doubted that they could be profitable. Attendance is down and the resorts are only allowed to sell up to 30-percent of their lift tickets. It’s also a long drive from the city just for a day trip.”

Owen says a big challenge is that lockdowns are hyper local. “Resort workers often don’t live in the town they work in. They commute from an hour away, in a place that’s more affordable. But many of these small communities aren’t allowed to travel due to lockdowns, so those people don’t have jobs and the resort doesn’t have workers. It’s a big challenge. I feel for those small businesses that rely on tourism.”

If you’re looking for a COVID climate similar to the US, Australia is your best comparison. With more cases than New Zealand and considerably fewer restrictions than Chile, it represents a middle ground in terms of how the country has handled the pandemic—although its number of coronavirus cases is nothing compared to the States.

For most ski resorts in Australia, tickets have been limited to reduce capacity, the start of the season was delayed and some resorts had to close just days after opening due to fears of transmission of the virus. However, there is some silver lining. Lift lines are much shorter than normal and ski runs are nearly empty—but that experience is dependent on if you’re able to get on the mountain. Depending on the resort, hotels and restaurants are still open, although often with longer wait times.

Interestingly, Australia’s reality is already stateside, at Timberline on Mount Hood. As one of the few resorts open year-round, Timberline is a guinea pig for the rest of the country. After shutting down in March, it reopened in May with new restrictions, a reservation system (similar to what Vail recently announced for this winter) and a checkpoint into the parking lot. At the start, the reservation system wasn’t large enough to accommodate all of the pass holders but, as the summer progressed, Timberline was able to accommodate more skiers, planning ahead for ski race teams and summer ski camps.

“We’ve been able to keep people safe during our summer ski season, so a lot of our safety protocols wont’ change during winter,” said Jeffery Kohnstamm, Marketing Coordinator at Timberline. “We ask that people only visit with members of their household, wear a mask indoors and in parking lots, social distance in lift lines and ride chair lifts with people in their household or solo. Unfortunately, if people don’t comply, we ask them to leave immediately.” Kohnstamm continued, “the winter will probably add some new challenges, though, as more people use indoor facilities due to harsh weather. Indoor facilities will need to be strictly metered to avoid crowding.”

Timberline hopes to not use the online reservation this winter, but Kohnstamm admits the resort will keep it in its back pocket. This limits capacity and requires guests to answer a COVID questionnaire. “It’s a challenge for everyone, especially the crews that work at the ski resort. It’s a lot of added responsibility, like lifties managing crowds. This winter, we’ll be adding staff to help make sure guests adhere to these safety protocols,” said Kohnstamm.

Smoothy believes a cap on capacity will drive some people to ski out of bounds. “There’s definitely been an increase in backcountry users, especially resort sidecountry. It’s great to see people earning their turns and I hope people put the time into increasing their backcountry education, from avy courses to actually being able to turn a ski.”

For Tom Rider, co-owner of Lutsen Mountains, this is old news. The Minnesota-based ski resort has taken lessons from a record summer and a boom in “drive-to” vacations like the North Shore of Lake Superior.

“From a bird’s eye view, the resort will look similar to any other winter but, from the ground, it will be completely different,” said Rider. “Lifts will load very differently. Only related parties will be allowed to ride together so the singles line will require some reengineering.  Lift mazes will now have ‘ghost’ lanes where no one is allowed to provide social distancing from the next line.”

Rider says that hotels will operate somewhat normally, with heightened cleaning protocols and staff all wearing masks—nothing new for our COVID culture. Chalets will be the most impacted as indoor dining is limited to 50-percent of normal capacity by state law. And the “scatter” system, where guests enter a large area, get a tray of food and scatter to get food and find a seat is effectively dead. “All of our chalets will have controlled entrances and exits, and guests will be seated by a host like in a restaurant. All guests will order and pay from their table using an app and food will be brought to the table by our staff,” said Rider. “ Guests will be limited to one hour at their table. To add seating, we are expanding decks with glass wind walls and heaters, so that guests can eat comfortably outside.”

Like Chile, there have been challenges with staffing too. “We have been hampered by the President’s order restricting visa programs. Each season we employ dozens of foreign workers to help,” said Rider. “We are located in a remote, rural area with a very small population base, too small to provide enough workers. We’ve struggled to hire enough staff locally and, despite high unemployment nationally, we keep raising wages and can’t find enough qualified workers. I expect that pattern to continue into winter.”

Last Word: Time to Spread Out

It’s seemingly the consensus that lift ticket sales will be limited at resorts across North America, especially on the busy days to reduce crowding. A whole slew of safety measures almost too numerous to catalog here will almost certainly be followed, including masking rules, travel restrictions and mandatory health checks. Resorts will work to spread people out as best as possible, including clever solutions like satellite ticket offices, keeping rental shops open at night and streamlining lift lines.

Rider says that, as an industry, resort owners do a great job sharing ideas and best practices. “We talk a lot with other resorts and through the National Ski Areas Association, which has terrific resources to guide best practices.” Despite a lack of national leadership and direction, organizations like this might help create some standardization and similar expectations across ski resorts nationwide. 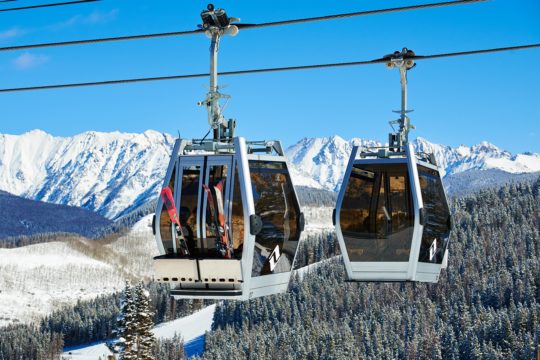