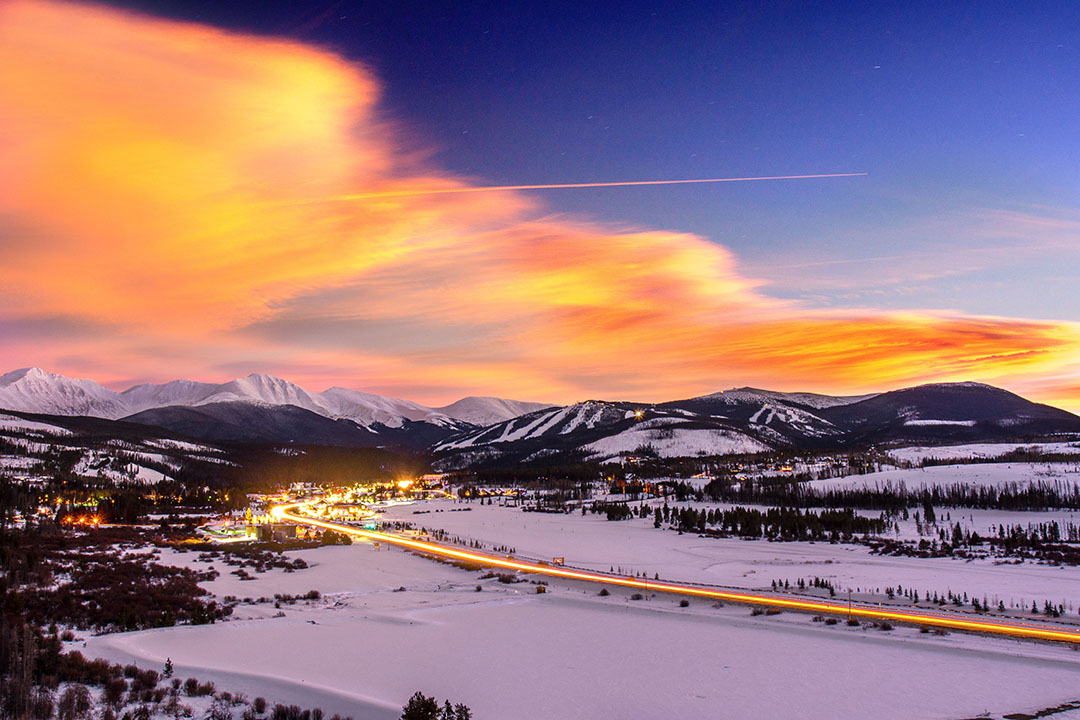 The past year has been a rollercoaster of acquisitions, consolidation season pass partnerships in the ski resort industry.

In August of 2016, Vail Resorts purchased three-quarters of Whistler Blackcomb (24 percent is owned by Japan’s Nippon Cable) adding the resort to its industry-leading Epic Pass. That same month, the Mountain Collective—a stable of world-class resorts that together sell a single pass that offers two days of skiing at 16 destinations—added Telluride Ski Resort and Revelstoke to its ranks. In February of 2017, Vail Resorts tightened its grip on the resort industry, snatching up Vermont’s iconic Stowe Mountain. With the purchases of Whistler Blackcomb and Stowe, the Mountain Collective had lost two of its member resorts. In turn, it added Sugarbush, Vermont and Snowbasin, Utah to the pass for 2017-18.

Big news on the home front this week: Aspen Snowmass and KSL acquired Intrawest Resorts (Steamboat, Winter Park, Stratton, Snowshoe, Mont Tremblant, Blue Mountain, CMH ) and today, Mammoth Resorts (Mammoth, June, Bear and Snow Summit. ) We are excited for the future as we share a common passion for the mountains and our communities. (📷: @jswansonphoto @vitalfilms ) For more info link in bio.

ASC operates Aspen Mountain, Aspen Highlands, Buttermilk and Snowmass, while KSL (which declined to comment for this article) owns and operates Squaw Valley Alpine Meadows in California. In the statement released on Monday, Aspen Snowmass said it would retain separate operations for its four resorts, and KSL’s Squaw Valley Alpine Meadows would continue under prior management but would be included in the new partnership.

As details of the acquisitions hit the newswire, skiers around the country began to speculate: Could ASC and KSL be building a resort portfolio to create a season pass to rival Vail Resorts’ Epic Pass?

The answer is maybe, but it wouldn’t be until at least the 2018-19 ski season. The Intrawest resorts are all locked into current season pass obligations, which include the Rocky Mountain Super Pass Plus (RMSPP) and M.A.X. Pass (an Intrawest product), for the 2017-18 winter, while the Mammoth resorts will remain on the Mountain Collective and Cali4nia Pass, respectively, for the coming season. Christian Knapp, vice president of marketing for ASC, described the pass situation as, “Everything is status quo with Mountain Collective, Rocky Mountain Super Pass and M.A.X. pass for 2017-18.”

But a viable alternative to the Epic Pass, which is currently on sale for $849 and provides unlimited access to 15 ski resorts, could be one of the strategies behind these acquisitions, in addition to resort improvements, increasing skier visits, etc. With a full ski season to adjust to the purchases, and perhaps acquire more ski areas under its portfolio, the joint venture will have the tools to do provide that alternative. With the recent consolidations, it seems any resort is up for sale, and the members of aforementioned passes (RMSPP, M.A.X., Mountain Collective) could be possible starting points.

“I don’t see why they wouldn’t continue to grow the portfolio,” he says. “Especially in markets where they don’t have a presence like the Pacific Northwest, British Columbia and Utah. 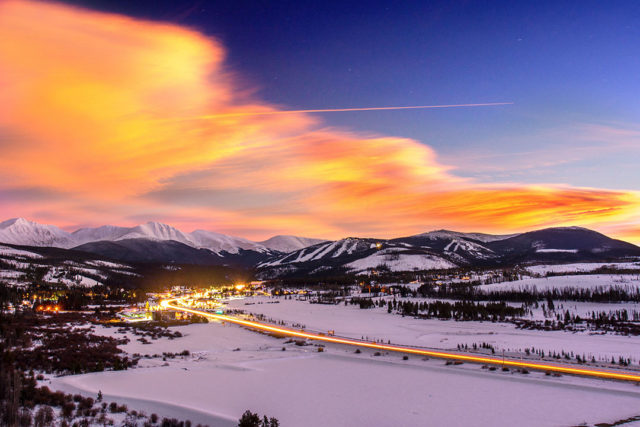 In an internal email sent to all employees of Mammoth Mountain and obtained by FREESKIER, CEO Rusty Gregory said, “This is just a starting point. The new company will continue to explore further growth opportunities, including additional acquisitions.”

Don’t be surprised to see more news bulletins with details of further purchases by ASC/KSL moving forward. As for the season pass speculation, the response from most people involved is, “it’s too early to tell,” but all indications are that the possibilities are endless. In an email, Jeff Hanle, director of public relations for ASC, said, “Every door is open right now and down the road, but we can’t really tell you what it might look like.”

Despite the uncertainty, in Diamond’s opinion, a continued period of acquisition and the creation of a multi-resort season pass would be intriguing. “Time will tell [what will happen], but they could offer a compelling alternative to the Epic Pass.”

Partnering with resorts that aren’t part of its portfolio—such as POWDR-owned Copper and Eldora, part of the Rocky Mountain Super Pass Plus—which Vail has done with the inclusion of Arapahoe Basin on the Epic Pass, could help to bolster an incredible season pass product, down the line.

“Copper and Eldora will remain on the M.A.X. and Rocky Mountain Super Pass Plus for 2017-18,” explains Jennifer Rudolph, corporate communications at POWDR. “As for the following season, it’s too soon to tell but we’d be open to conversations about additional pass products that would allow POWDR to continue to provide our loyal guests with amazing mountain experiences.”

One of the most intriguing aspects of those two resorts in particular, is that they provide Colorado’s two Woodward experiences, yet another tasty scent that could draw in potential partners. Whether its investing in destination resorts like Mammoth, Steamboat and Winter Park, or smaller, beginner and family-friendly ski areas close to metropolitan areas such as Blue Mountain, Bear Mountain/Snow Summit, the game of “Let’s Make A Deal” is sure to continue. 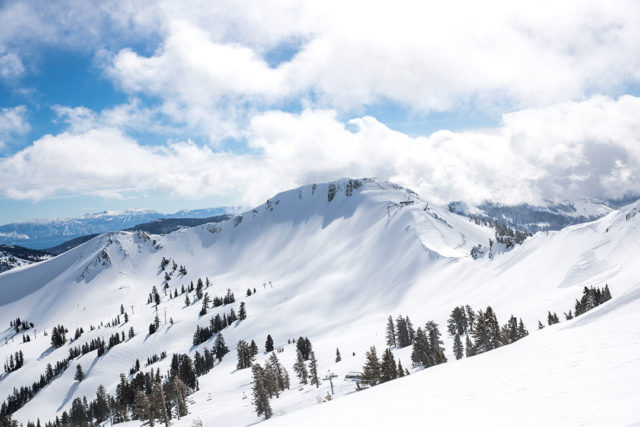 Imagine a single season pass that allows access to the iconic Palisades and Fingers zones of Squaw Valley, infamous hike-to of Highland Bowl at Aspen Highlands, expansive alpine terrain of Mammoth, world-renowned après village of Tremblant, cold smoke powder of Steamboat, quad-busting steeps of Winter Park’s Mary Jane territory, zooming groomers of Stratton and so much more. One can dream.

The bottom line is that the future does indeed seem bright, which is summed up by Mike Kaplan, CEO of ASC:

“The enthusiasm that Intrawest and Mammoth’s employees exhibit for the guest experience and for being responsible members of their communities is apparent in all they do. We are excited to be part of the investment group that is going to work hard to help realize the collective potential of our portfolio of resort.” 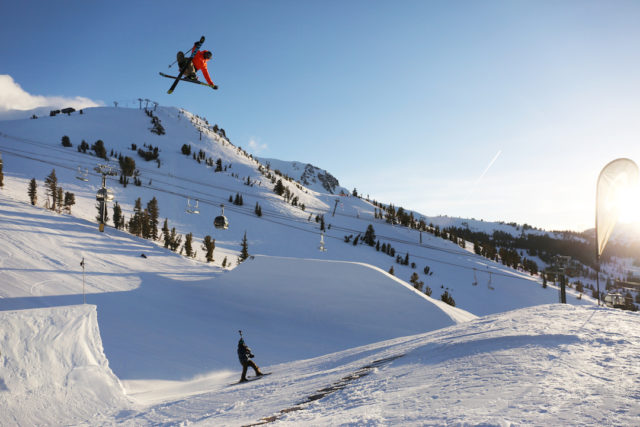