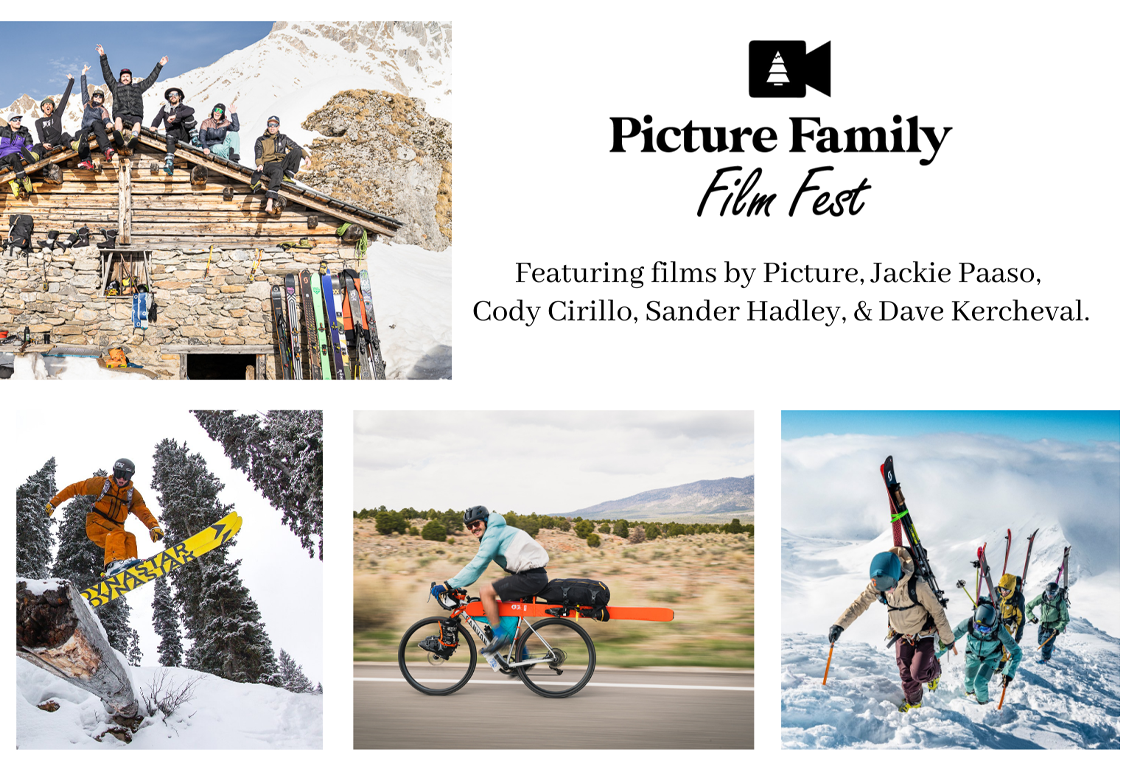 After last year’s Covid-19 global shutdown cancelled all in-person celebrations, including popular pre-season ski movie premieres, Picture is excited to announce its Picture Family Film Festival. Kicking off on October 20th in Denver, Colorado, the apparel brand is inviting all snow sliders to safely gather once again and celebrate an awesome collection of films from Picture athletes, including Jackie Paaso, Sander Hadley, Cody Cirillo and Dave Kercheval, as well as the Picture family feature-length film.

Grab your tickets to the Denver premiere—click here!

Showcasing five distinct ski films with their own unique stories, the Picture Family Film Festival leans on the shared concept of close-to-home exploration—both in outdoor adventure and internal examination. HOME LINES is the feature presentation and it explores the idea that global warming has forced skiers to look at our habits and change the way we play in the mountains. “It was such an enjoyable experience to get to know this crew while spending 10 days out in the beautiful region of Beaufortain in France,” says athlete Jackie Paaso. “We made the most of the terrain surrounding our camp and memories that we will take with us forever.”

For Sander Hadley, filming an entire project close to home in Idaho with the people he cares most about was a much-needed reset after losing his dad and battling the highs and lows of the ski industry. “After years of chasing the unattainable bigger and better, it was really refreshing to film around my home [in Idaho] and spend time with the people I’m closest to,” says Hadley.

As for Dave Kercheval, it’s all about finding balance between life’s daily responsibilities and its unexpected pleasures. “It’s quite the privilege to prioritize recreation,” says Kercheval. “Most of us have to balance fun with life’s priorities and commitments. We wanted to represent the majority of working winter sports enthusiasts and inspire them to go ski if they have the time. I think Island Day does just that.”

A five dollar ticket—plus proof of vaccination or a negative Covid-19 test—will earn you entry to the festival’s world premiere, set on the rooftop of the Battery 621 building in Denver. Along with the screening of Picture’s five films, guests will enjoy free beer from Outer Range Brewery, gear giveaways from Picture, Dynastar, Zeal, Faction and Lithic Skis, as well as a Q&A and poster signing with Cody Cirillo, Dave Kercheval and Sander Hadley.

“Even though we’re not quite post-pandemic yet, it’s a really good opportunity to [safely] come together as a community and get excited for winter,” says Picture’s North American Marketing Manager, Jesse Ambrogi-Yanson.

If you’re unable to make it to the world premiere in Denver, don’t sweat it—there will be plenty more stops this fall. Not sure you want to gather in public quite yet? All five of Picture’s featured films will also be available for online viewing at the end of December, so you can watch—or host a premiere of your own—from the comfort of your couch.

For a complete schedule, venue and ticket information, click here.

MORE ABOUT THE PICTURE FAMILY FILMS:

Global warming has forced us all to change our old habits and to take a new look at our local mountains. Searching for adventure in your own backyard makes so much sense. Home Lines adjusts to this new paradigm, choosing to embark on a low impact expedition close to home. No moralizing or judgment implied, just a simple proposition, a yearning, an experience.

In April 2021 a team composed of two couples, a pair of professional big mountain skiers, and two IFMGA guides set out on a 415km traverse above the Arctic Circle. The goal was to summit and ski all of the 2000 meter peaks in Sweden. This is an area where the tallest peaks are changing due to melting glaciers and new 2000 meters peaks are being discovered as recently as 2016. The journey will take them through what is often considered Europe’s last wilderness. The team will face the unpredictable weather of the Arctic, abnormally unstable avalanche conditions, and perhaps the biggest challenge, each other. If successful they could be the first crew to do so in one go during winter conditions.

Nix is the latin word for snow. For pro skier, Sander Hadley, snow has been the driving force in his life. In the film, Nix, Sander describes his journey as a pro skier, the ups and downs of the industry, dealing with his father’s death, and eventually, finding happiness in the simplicity of living life closer to the land at home in Idaho.

​​​​​​​​​​​​​​This season was hard. A pandemic, avalanches, injuries – sometimes you just want to get away from it all. After a trying winter filled with a pandemic, avalanches, injuries, and ideas that just didn’t work, skier Cody Cirillo wanted to get away from it all. So, he took to the road. Southwest Scramble follows Cody on a bike-to-ski journey from his home of Telluride, CO to the Southern mountains of Utah. Through hundreds of miles of road, gale-force winds, and excruciating climbs, his arduous excursion ultimately pushes his journey inwards.

​​​​​​​​​​​​​​​​​​​​​​​​​​​​Those essential days among those of structure, obligation, and commitment. These coordinated mechanisms of action are suspended among this world’s most intimate dance with balance. One nurse finds his balance as needed, and lends you a perspective into his time between. Through a days glimpse into a venture of coastal ranges and salty shores. Our Dave, departs the hospital after a long stretch of night shifts, consistent as the tide he moves to a favorably undiscovered nature and finds his restoration. He intends to attend life’s balancing act and dance with scales. By boat he sails to isolated shores to join the ocean, seeking swell for a morning’s ride and gentle winds of compliment. Only then does the scale begin to tip, and he retreats to the dense mountains for an afternoon’s slide. High above it all, this Dave finds his sought after balance in acquaintance to the natural world of these cascading peaks. There, he holds space to embrace all of life’s essential dualities, and finds harmony on his day of the in-between; his “Island Day.” 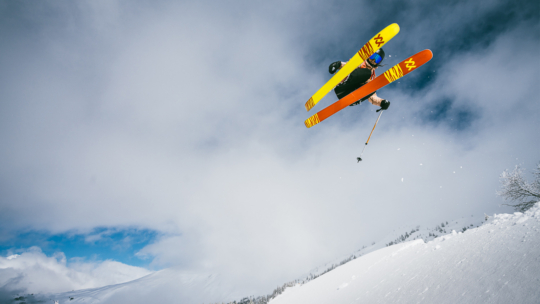