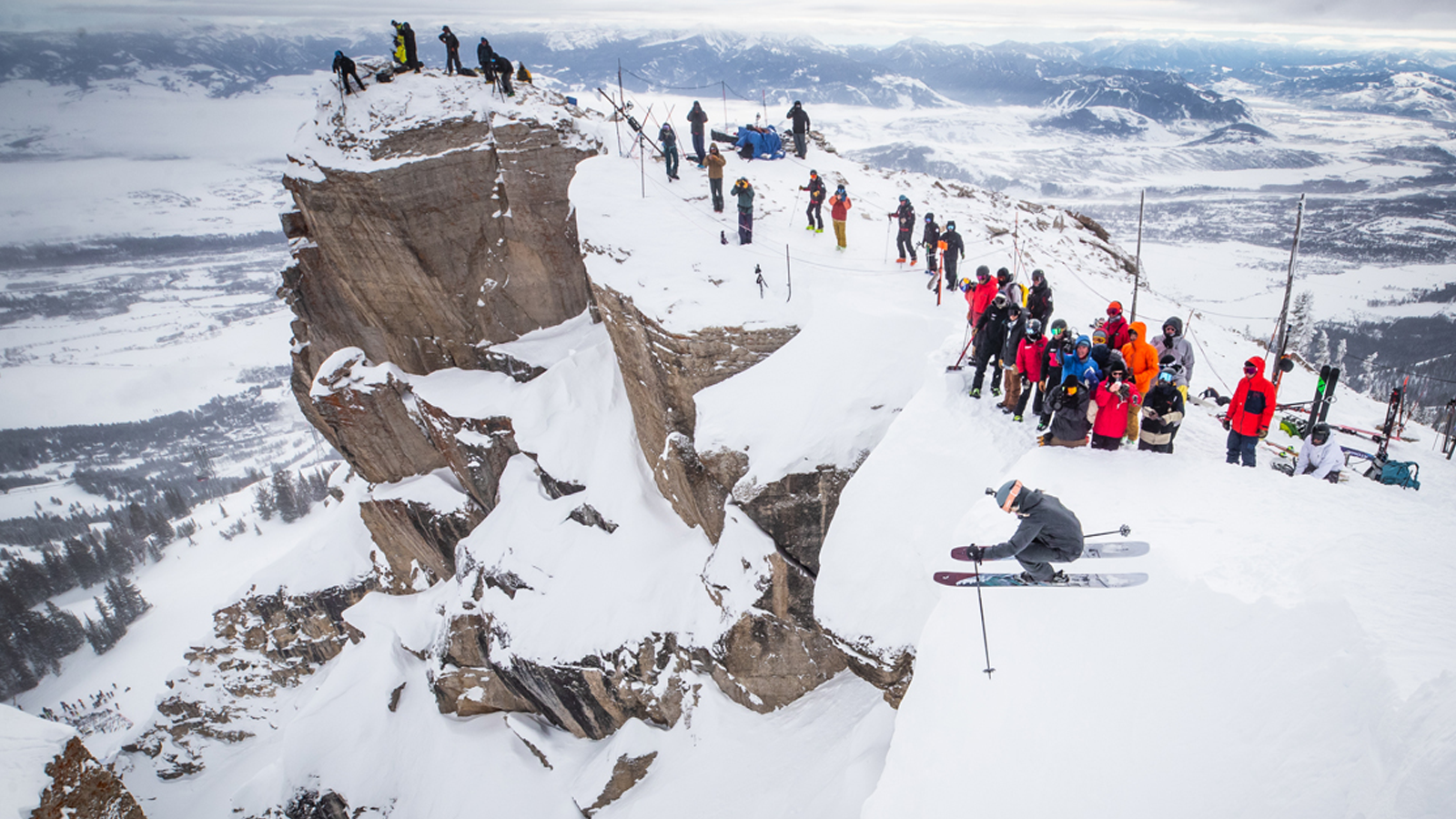 For the fourth consecutive year, a handful of the best ski and snowboard athletes in the business have converged at Jackson Hole Mountain Resort for the Kings and Queens of Corbet’s, set to take place at the infamous Corbet’s Couloir atop Rendezvous Mountain. Simply put, Kings and Queens (as it’s known) is one of the rowdiest events in the sport, pitting riders against a 30-foot drop into the couloir, deep powder turns and a slew of man-made kickers and jumps. As the riders compete for the title, “King or Queen of Corbet’s,” each competitor is granted two runs down Corbet’s with the best run counting toward the grand prize.

The peer-judged event will crown two winners—one on the men’s side, the other on the women’s—and is set to drop jaws, melt minds and rock the socks off of everyone watching. Here, you’ll find everything you need to know about the contest, including how to watch, a complete athlete list, Corbet’s stats and event history. Stay tuned on FREESKIER’s social channels—Facebook, Instagram & Twitter—to see event highlights before the replay next week.

Due to Covid-19 consideration, there will not be a live stream of the event this season. Viewers worldwide will be able to watch the competition for free and in its entirety on Red Bull TV beginning on Monday, Feb. 22, 2021 at 1:00 pm MST.

Ski patrol opens the couloir each season when there’s enough snow to cover the boulders in the chute and rocks in the entrance. That’s generally when there is a base of 50- to 70-inches. The slope in the couloir apron averages 45 degrees, a certifiably steep (and deep) ride down.