Published on February 4, 2021
by Paddy O'Connell 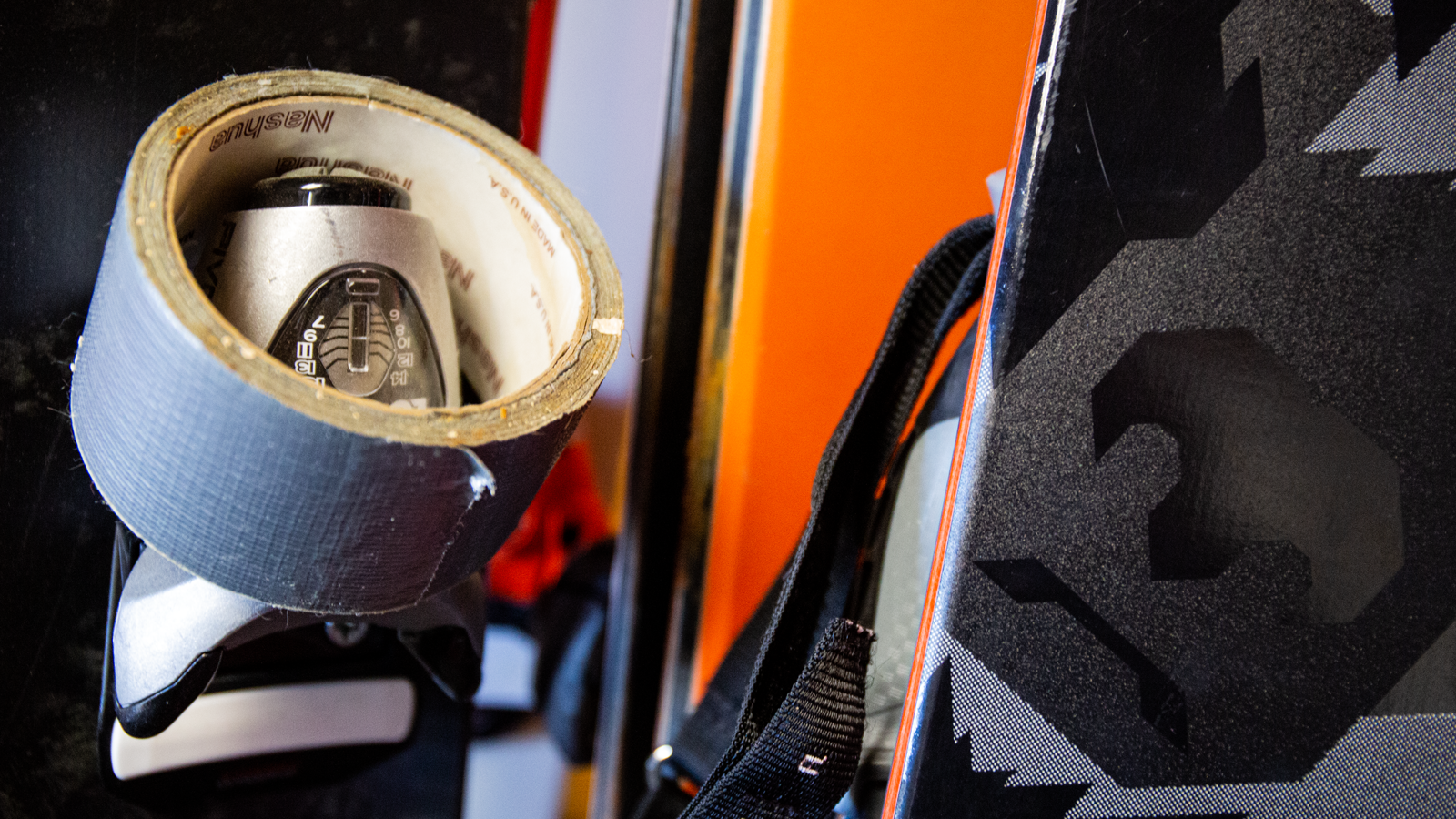 Can you even call yourself a skier if you don’t use duct tape?

If you have a white-as-snow handlebar mustache that cascades off your face like a furry waterfall, permanently wind whipped cheeks, a barrel chest and a twangy mountain drawl; I’m going to listen to what you have to say. When Thirsty, my old snowmaking boss, spoke about the job or life or really anything at all, my ears turned his way like a dog hearing the crinkle of a bag of treats. And of all the wisdom and jokes he imparted, there is one remark that has stayed with me since I first heard it uttered when I was in my early twenties and brand new to skiing: “If you can’t duct it, f*ck it.”

I laughed when I first heard the phrase, because, well, it’s funny. But I quickly came to realize that duct tape was not a quick fix, something to use in an “OH NO!” moment for snowmakers, but rather an essential piece of gear, if not THE essential piece of gear for skiers everywhere. And I’ve since realized that it is second only to a pair of skis in the repertoire of must-haves. Duct tape patchwork is everywhere in ski towns: on the inside cuffs of ski pants, sleeves of ski shells, holding back a chicken coup’s worth of feathers on bubble jackets, on Subaru bumpers, Tacoma toppers, holding rocket boxes together, on ski racks, inside ski boots, on top of ski boots, a roll or square or swatch of dirtbag welding is not far from any and all ski town skids.

And we skiers are not the only ones who are obsessed with duct tape. Since its creation, duct tape has been widely used and heralded as a lifesaver. Like most remarkable things in this world and things that have saved our collective keisters, duct tape was invented by a woman. During World War II, Vesta Stoudt worked in the Green River Ordinance Plant in Dixon, Illinois, packaging ammunition into boxes, sealing them shut with paper tape, and waterproofing the boxes by dipping them in wax. But she noticed soldiers struggling to open the wax-coated boxes of ammunition. Stoudt had an idea: create a super-duper strong and near-waterproof cloth-based tape. So, she wrote the president about it—seriously. And then FDR, or rather the War Production Board, wrote her back—yes, seriously, again—informing her that Johnson & Johnson was set for widespread manufacturing of the adhesive—yes, once again, seriously.

According to Johnson & Johnson Chief Historian Margaret Gurowitz, “the military called the waterproof, cloth-backed, green tape ‘100-mile-per-hour tape’ because they could use it to fix anything, from fenders on Jeeps to boots.” U.S. soldiers have used duct tape ever since. And so have astronauts. After an explosion in one of the oxygen tanks crippled the Apollo 13 spacecraft, transforming a trip to the moon into a DIY rescue mission, the astronauts used duct tape and “hey, maybe that’ll work” NASA widgets onboard to fashion lifesaving air filtration canisters. And the Apollo 17 astronauts used duct tape to repair their lunar rover while they were spinning donuts on the moon. In fact, Apollo missions 11 through 17 had rolls of duct tape at the ready. So it goes, duct tape was on every official gear list ever made.

All this is to say, that if duct tape is a “don’t leave home without it” tool for space travellers and a do-it-all solution for the upper echelons of our military, what Thirsty told me during the early stages of my ski bummery is a stone-cold fact. I like to imagine Jim Lovell spouting the phrase as he MacGyver’d Apollo 13 back to Earth or a WWII soldier exclaiming it as a battle cry as they fought Nazis. But I don’t need to daydream about duct tape to have first-hand knowledge of its impact on my ski town dirtbagging: There’s a roll permanently placed in my car. And in my camp kit. And in my backcountry ski pack. And in my kitchen. I’m honestly thinking about holstering a roll on my belt, slung low like the DIY adhesive repair version of cowboy steel. A patch of duct tape worn proudly by a ski bum is as synonymous to skiing as a goggle tan or a braided side pony or a frozen mustache or lack of affordable housing. Our love affair with duct tape knows no bounds. 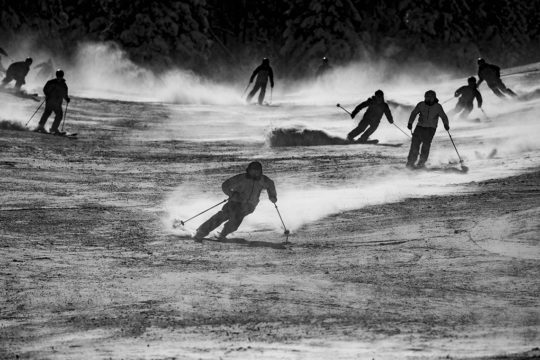 The Wicket: Slow Down, Aspen!