The artwork behind the 2021 Line Tom Wallisch Pro & Chronic skis 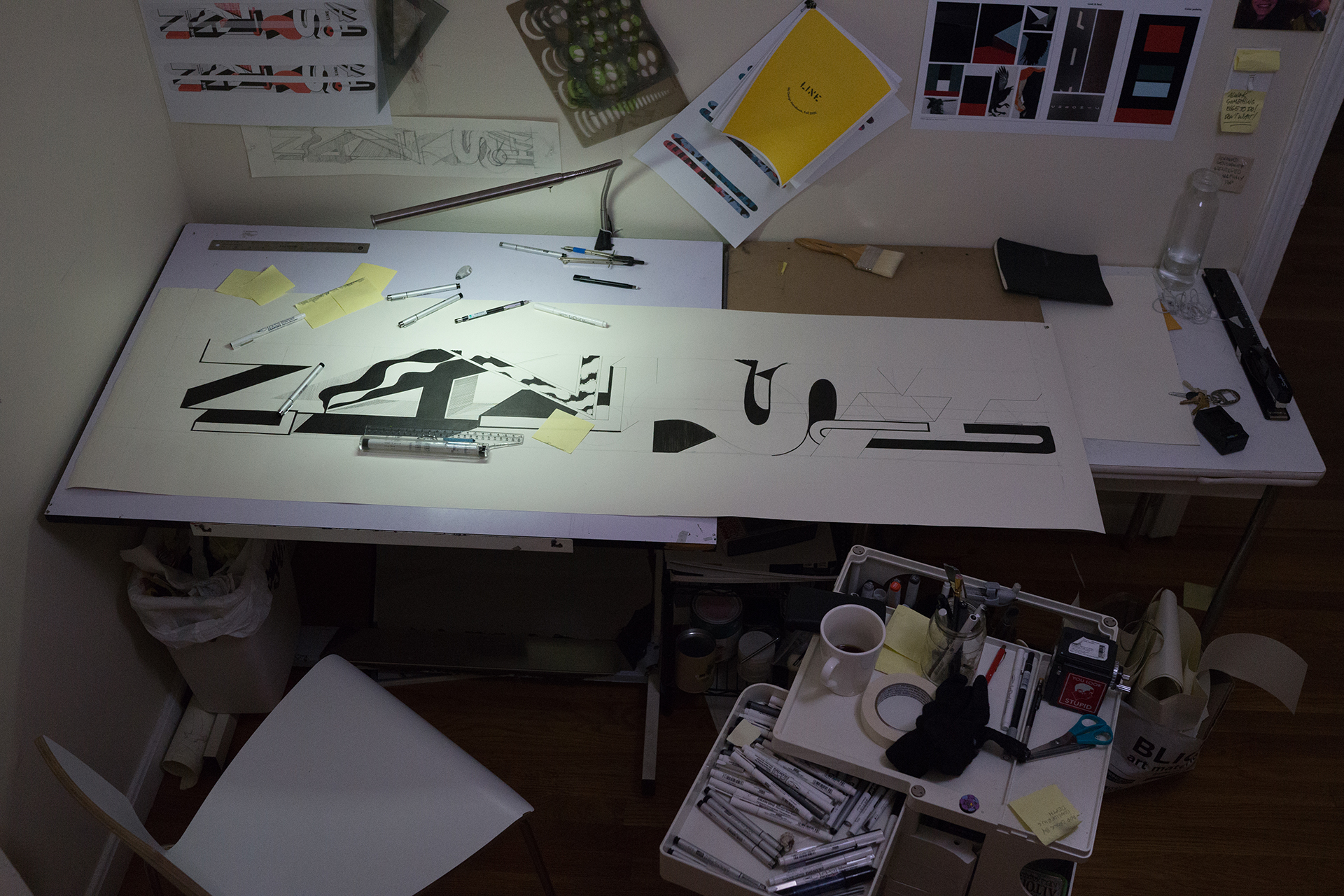 The artwork behind the 2021 Line Tom Wallisch Pro & Chronic skis

In November 2018, an email that I had been patiently waiting for finally arrived. In one sense, I’d only been waiting for a few weeks, but in a different way, I’d been hoping for that email for over a decade. The month before I caught wind that a friend from college, Will Eginton, had been pushing to get my art on a pair of Line Skis, and I was now on the shortlist to design the 2021 Tom Wallisch Pro. When I opened the email from Line’s Senior Graphic Designer, Charlie Cultrara, I saw that I had not only been selected to design the Wallys, but also the Chronic, with a rich visual tradition going back to the early 2000s.

It was the end of 2003 when I got my first pair of twin tips, the Line Mike Wilson Pro with blue and white afro pick bases. I was the butt of jokes for the entire winter that year because, at 14, I was almost six feet tall but rode skis that only came in 153 centimeters. I didn’t care, I liked the graphics. I especially gravitated towards the funky lowercase Line logo, which I drew in just about every margin of every school notebook that year. I had skied my whole life, but never cared for the shiny silver and fluorescent spaceship-inspired ski graphics of the late ’90s and early 2000s. Line changed that for me with original, hip-hop, graffiti and pop-art inspired graphics that transcended the limited visual language of the ski industry long before anyone else tried.

I grew up just outside of Syracuse, New York. While New York State has the highest number of ski areas in the country, the ski season is painfully short and skiing is viewed mainly as a recreational activity, not a passion. Yet skiing was my life growing up. My friends and I quit organized sports teams to ski, built summer setups, hauled ice rink snow to handrails and talked skiing year-round. My identity as a teenager was completely rooted in the culture and skiers I looked up to, something that was largely misunderstood by the rest of my high school. While they listened to country and Top 40, I listened to J Dilla and Mobb Deep. I was fortunate to get into skiing just as the world was connecting to the internet, so I built a network of friends near and far who reaffirmed that I was part of something real. In high school, I kept to myself and put all of my energy into skiing. In an attempt to keep my mind on schoolwork, my parents banned me from going skiing during the week. Not to be deterred, I made backyard rails and drew pictures from ski magazines. Drawing and skiing always seemed similar to me. In both, style is king and you’re only as good as the last thing you did. As I neared the end of high school, I applied only to schools in Vermont and New Hampshire. Somehow, despite doing far more skiing than college prep, I got into the University of Vermont.

My passion and halfway-decent talent landed me in the middle of the ski community in Burlington in the fall of 2007. This was a crucial year in the sport; seeing both the inaugural International Freeski Film Festival (iF3) and Tom Wallisch’s infamous Level 1 Superunknown video. Although coming years after the truly defining moments in the fledgling sport of freeskiing, these two events had a huge impact on expanding the culture and opening up the door for more people to be involved in the industry.

In Vermont, I began to step up to bigger features but also took bigger slams. New tricks became less frequent than new injuries. Results from rail jams were replaced by torn rotator cuffs, a broken arm and bad knees. Two things became increasingly evident as I progressed through college; I was far from good enough to ever become a pro skier, but I wasn’t interested in settling down for a “normal” job after college. The ski industry had swooned me away from ever considering a desk job, but now I was faced with the reality of having to get one. I doubled down on my interest in art despite my degree in environmental science. I designed logos and graphics for a friend’s t-shirt company and painted my first mural in his shop space. I picked up an interest in graffiti and lettering art and learned as much as I could about both. After graduating in 2011, I moved out to Utah to chase dreams of a western winter, but nagging injuries and an irrelevant college degree cast shadows over that ideal. I’ve always been a perfectionist and knowing I couldn’t ski the way I used to dimmed the magic. At the end of that season, I moved back east, disheartened and searching for change.

To help take my mind off of skiing, I sought refuge in something that had been present my whole life—visual art. I looked back at my adolescence and saw that I had completely immersed myself in art without realizing it. Even in skiing, I was constantly striving to express my individuality in a way that came to me so naturally when making art. I was in my mid-twenties and realized that I had the chance to dive into a passion in the way I had always tried to with skiing. In 2013 I moved to Boston, got a night job bartending, removed all other distractions and dove headfirst into teaching myself to become an artist.

My art education was self-directed. Like any education of style, I researched those who came before me, practiced religiously and let my taste choose my course. I gravitated towards certain artists the same way I had once studied the style of skiers like Mickael Deschenaux and Pep Fujas. Throughout this whole transition, I watched skiing fondly from a distance. I made sure to catch Level 1’s new movie every fall. I found inspiration for my art in skiers like Lucas Stål Madison (LSM) and Phil Casabon who draw on influences from skateboarding to jazz, shifting skiing towards being the full celebration of individuality I could only have dreamed of as a teenager. Watching how skiers took their interests and translated them into their own stylistic language was a very important part of me finding my way in visual art. The sport was going in so many interesting directions, I longed for a way to become involved again.

When Charlie’s email arrived, I had just wrapped up my first solo exhibit in Boston and was eager for a new challenge. My success in the art world was modest at best compared to the task of designing two ski graphics that would appear in movies, be shipped around the world and be judged by the most discerning of all art critics: teenagers. As intimidating as this was, I entered the project with an attitude that I honed on the hill: always commit.

Any creative professional wonders—even if only for a moment—whether their idea is the “right” one for a client, or if they’re deserving of an opportunity. As a young artist at the beginning of my career, it would be easy to let these thoughts carry me away. I only had to look to skiing for guidance on how to handle making the most of the unknown. Once I decided to take on the project I ignored the consequences of not being able to succeed, or not having the right ideas. I put all my energy into making the graphics a combination of my skills, influences and vision without remotely considering the possibility of failure. In the beginning, it felt like the first time trying to land a new trick. But soon, the thrill of the unknown overshadowed any second-guessing. I was able to challenge myself in many new ways, from making a ski-sized ink drawing for Tom’s ski to creating an original M.C. Escher-style tessellation for the base of the Chronic. While the two finished graphics are very different, they’re both undeniably mine and I couldn’t be more proud of them. I owe much of this to Charlie for seeing my vision and helping to make it real.

At the end of February 2019, I found myself at the top of Silver Fir at Snoqualmie with Line’s Art Director, Charlie. It had been six years since I last put on a pair of skis. I traveled to Seattle to help choose ink colors for the graphics and Charlie had graciously brought me out for some night skiing. It was the kind of bone-chilling night where normally you would take a couple of laps to justify the drive then head home. The wind had scattered any fresh snow into dust-on-crust moguls, and I was riding borrowed Chronics with edges detuned for rails. None of this mattered to me though, I was grateful that Charlie was down to ski for a few hours before calling it a night. I linked some nice turns, hit some natural jumps, and even rag-dolled after overshooting. When I look back at all the time I’ve spent on skis, it really doesn’t get any better than that night, regardless of conditions or equipment. Skiing may have given way to art for me, but it still guides my life at every turn. 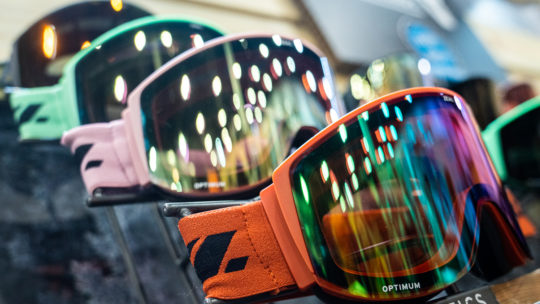