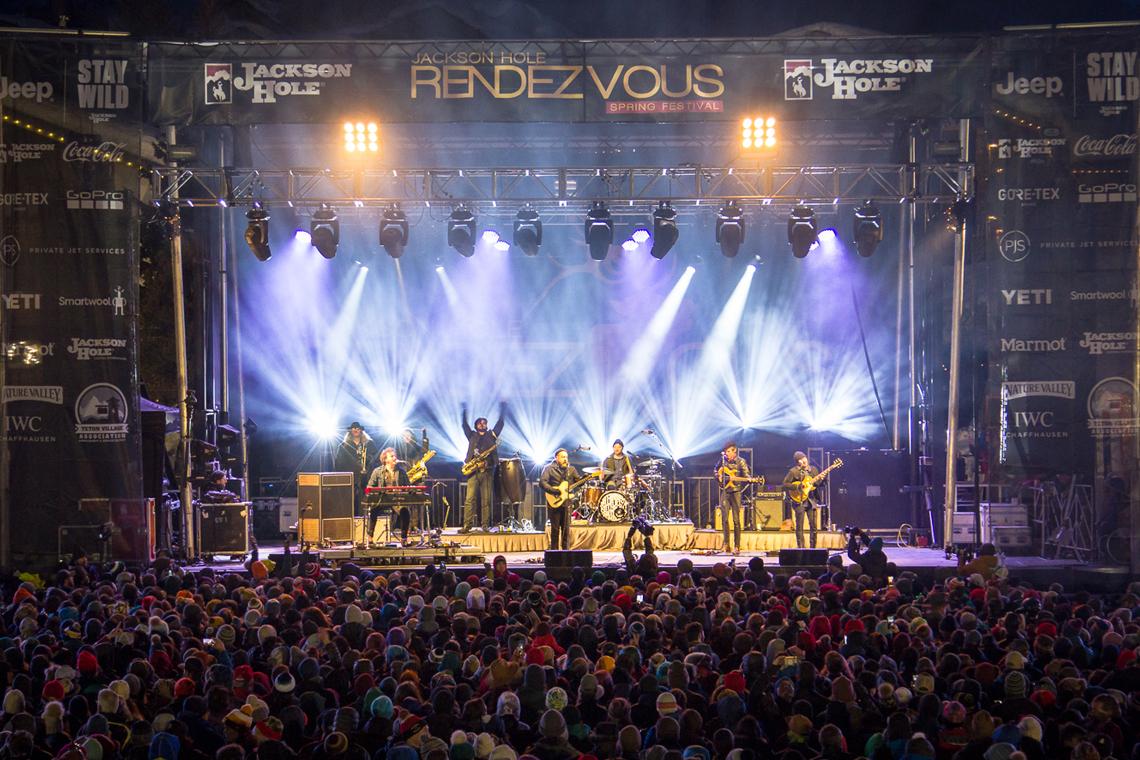 “I hope you don’t mind if I stay out and play a song by myself–I’m not like those other pansies. Well, I shouldn’t call them pansies; they’re just flatlanders.”

That playful statement was uttered by Grace Potter Friday night in the Jackson, Wyoming, town square when the members of her backing band decided to step off stage for a few minutes to warm their extremities. And while the native Vermonter was just cracking a joke about the thick skin growing up in a town like Waitsfield helped her develop, the statement itself was indicative of what Rendezvous Festival offered attendees as a whole all weekend: a spring mountain music festival unlike any others. 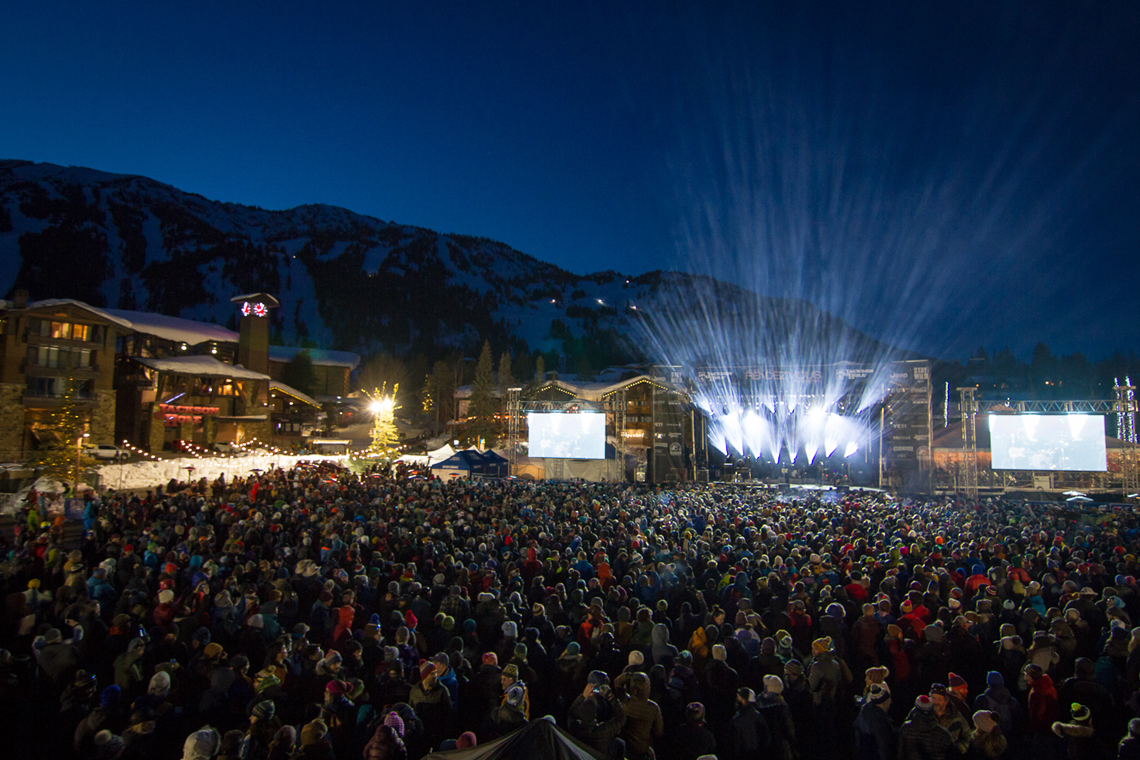 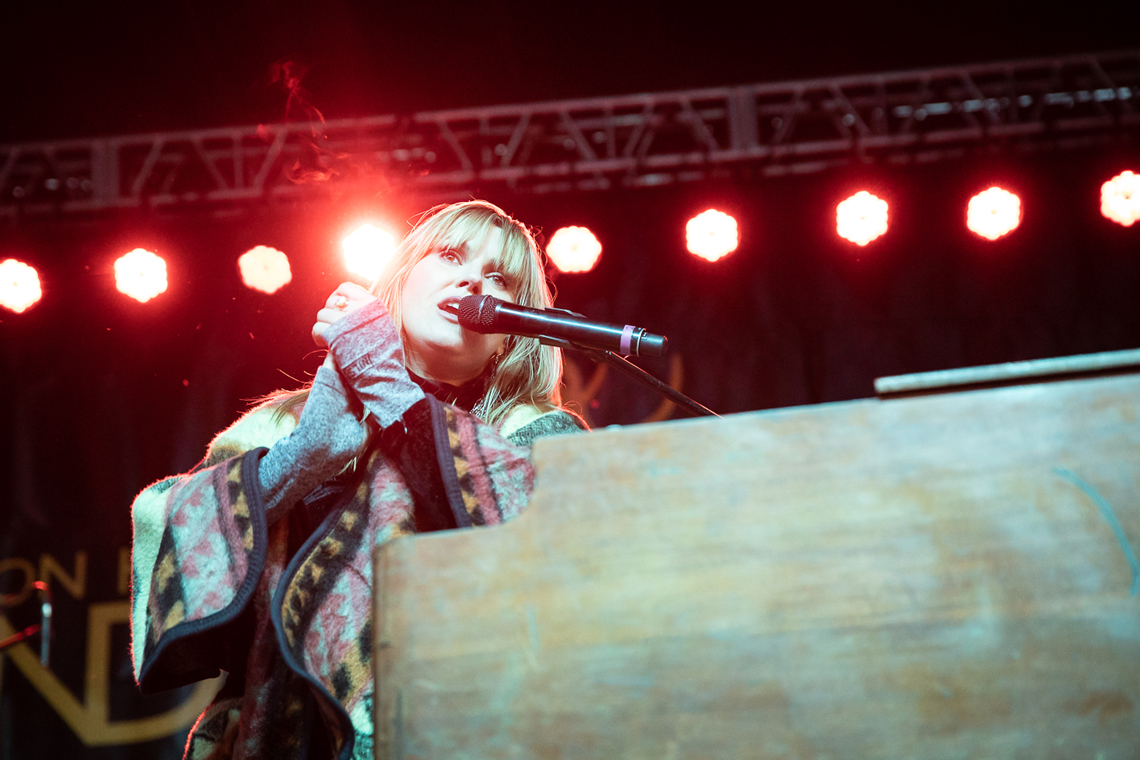 Music festivals and ski towns have long gone together like beer and nachos, but as with anything done in Jackson, a music festival held here is one that lives in extremes. Think less “festival-goers drinking champagne and dancing to EDM in Summit County” and more “skiers shredding all day and then braving single-digit temps to watch rock shows and drink beer.” And so, in a season that has regularly trafficked in the absurd in Jackson (Jackson Hole had its snowiest February ever this year) it only made sense that this year’s Rendezvous Fest would again land on the same weekend as St. Patrick’s Day during what seems like the only time all year snow wasn’t falling–which just allowed for sunshine-fueled and shamrock-tinted tailgate parties.

“It’s been a relentless season this year with the amount of snow that’s fallen and the amount of skiers that have visited,” Anna Cole, Jackson Hole’s media manager, said. “Rendezvous Festival is just our way of saying thank you to the local community for another amazing season in Jackson with some great spring skiing.” 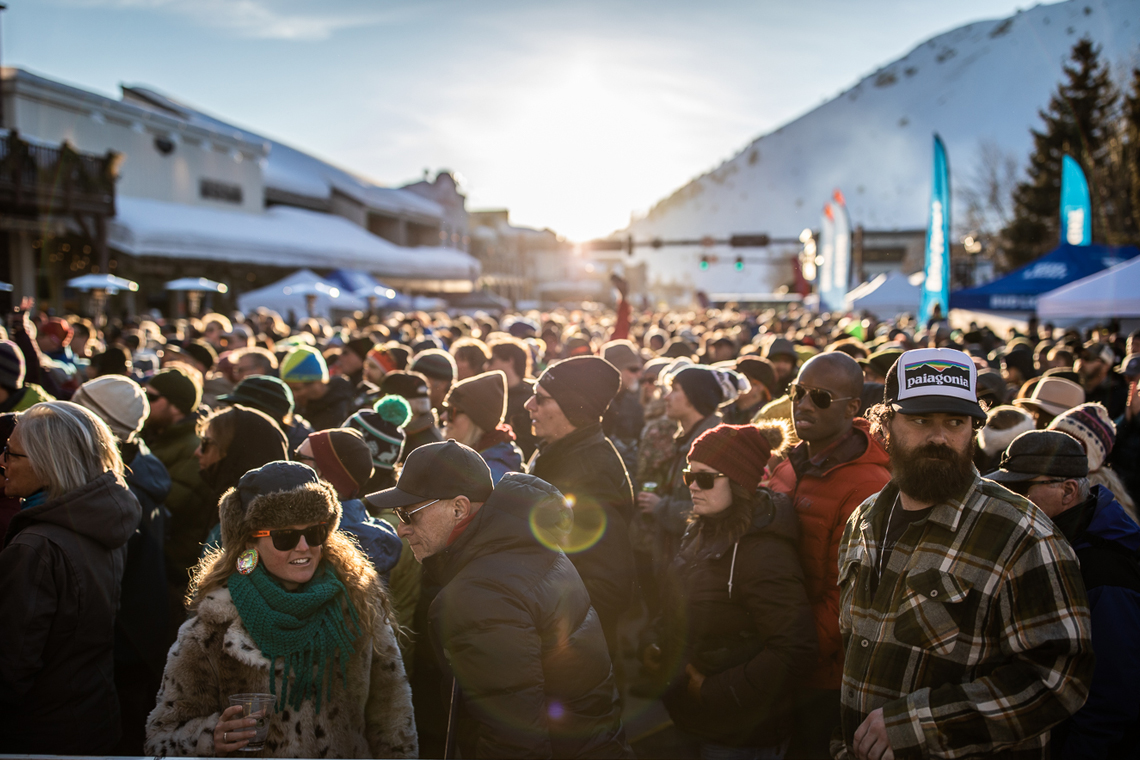 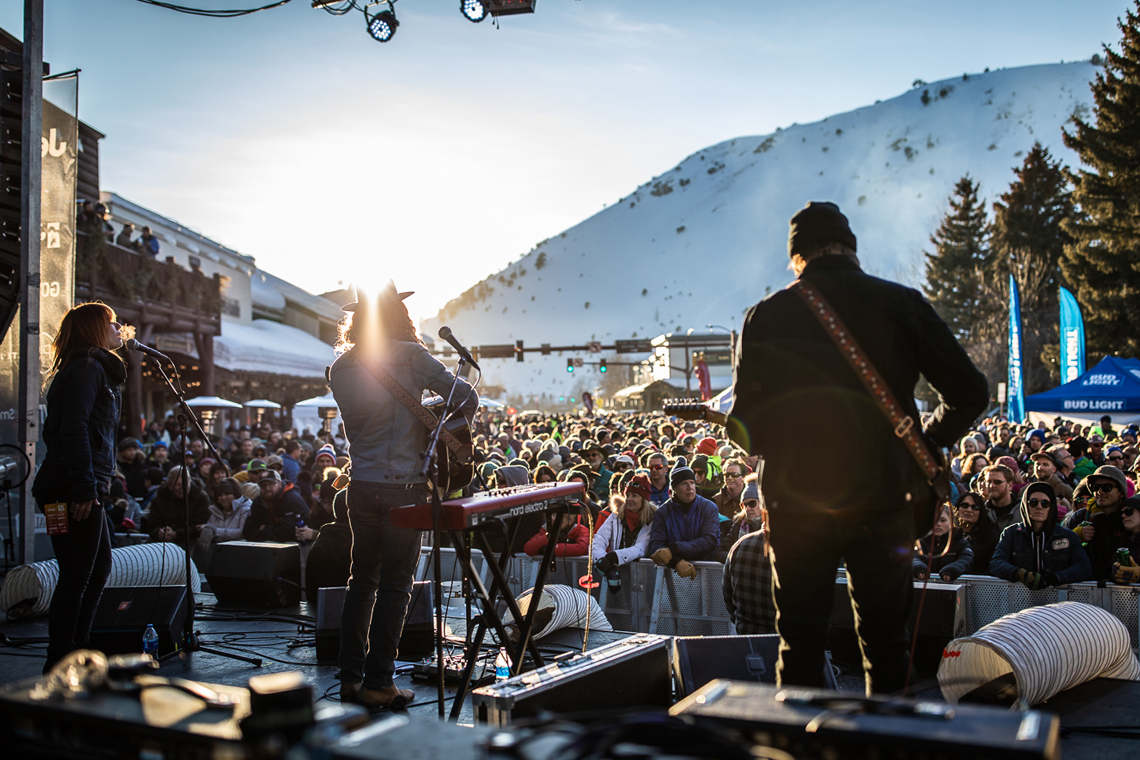 To do that, the resort called on a couple of usual suspects along with some new ones it knew could brave the cold to entertain the masses. The aforementioned Potter, as well as Nathaniel Rateliff and the Night Sweats returned this year, joined by festival newcomers Greensky Bluegrass, who surprised a tram full of skiers with a live soundtrack on their way up the mountain Saturday afternoon. A few hours later they lit the crowd up with an opening slot performance that sounded more like a co-headlining set and got the crowd fired up as the sun set behind the Tetons.

Nathaniel Rateliff picked up right where Greensky left off and kept the party going well into the evening. Rateliff opened for the Zac Brown Band during the 2016 iteration of Rendezvous, when he started off the act with the bold statement “Jackson Hole is the greatest resort town in the United States.” 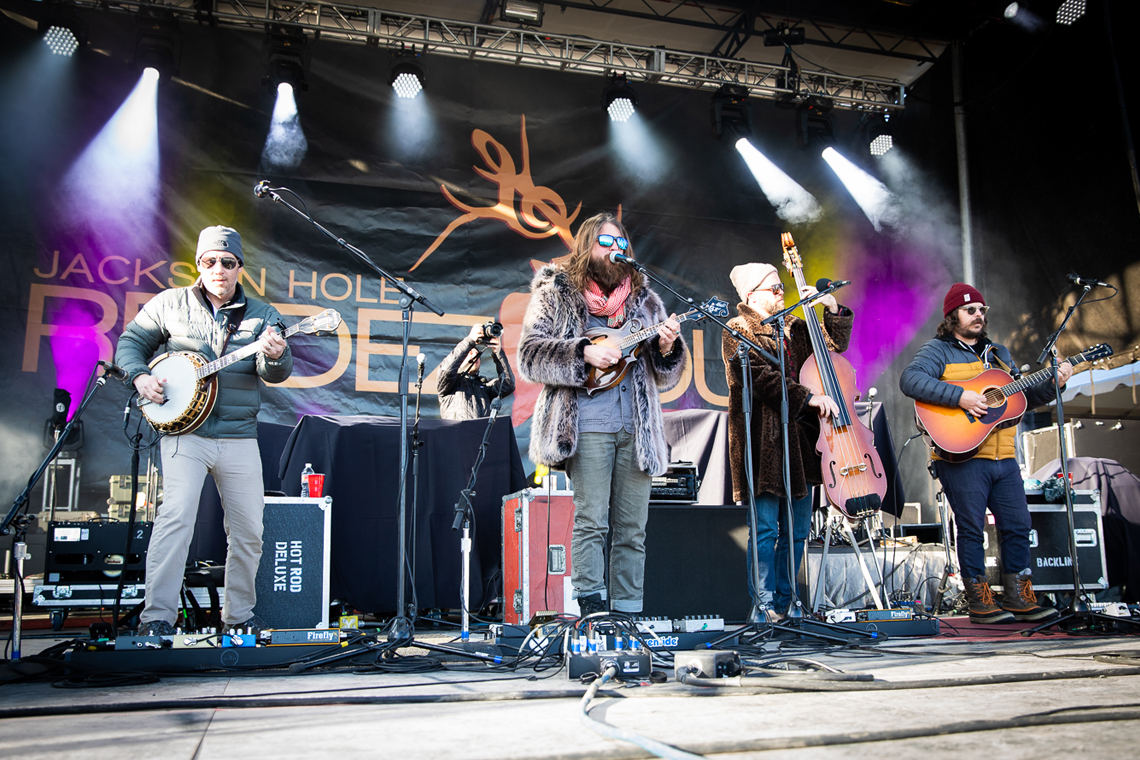 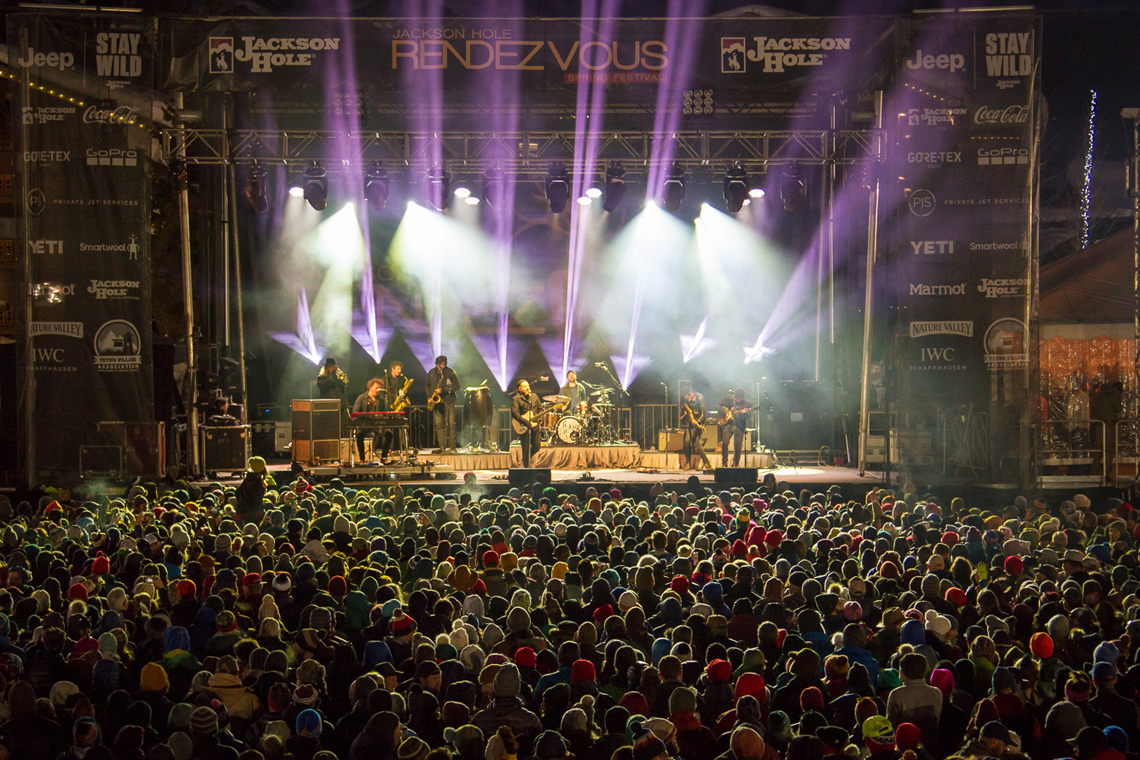 This weekend brought with it a litany of corollary evidence to bolster that statement: Nonstop sunshine providing endless slush bumps, gas station pregames, parking lot cornhole tournaments, and a bevy of frozen fingers and toes as the mercury dropped during the outdoor rock shows.

Luckily, to paraphrase Ms. Potter, there must not have been too many “flatlanders” in the crowd, because nobody seemed to mind. 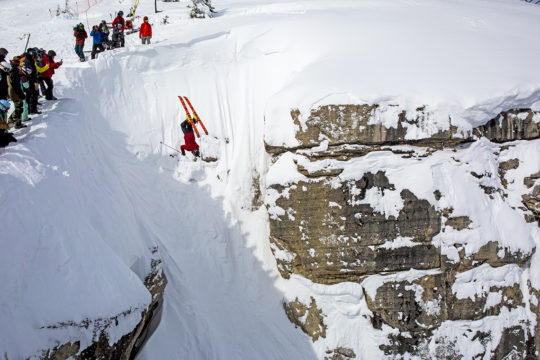