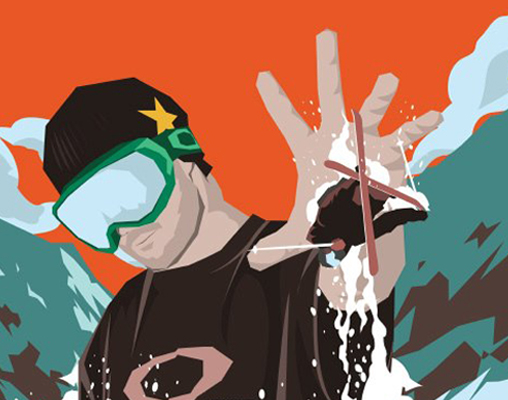 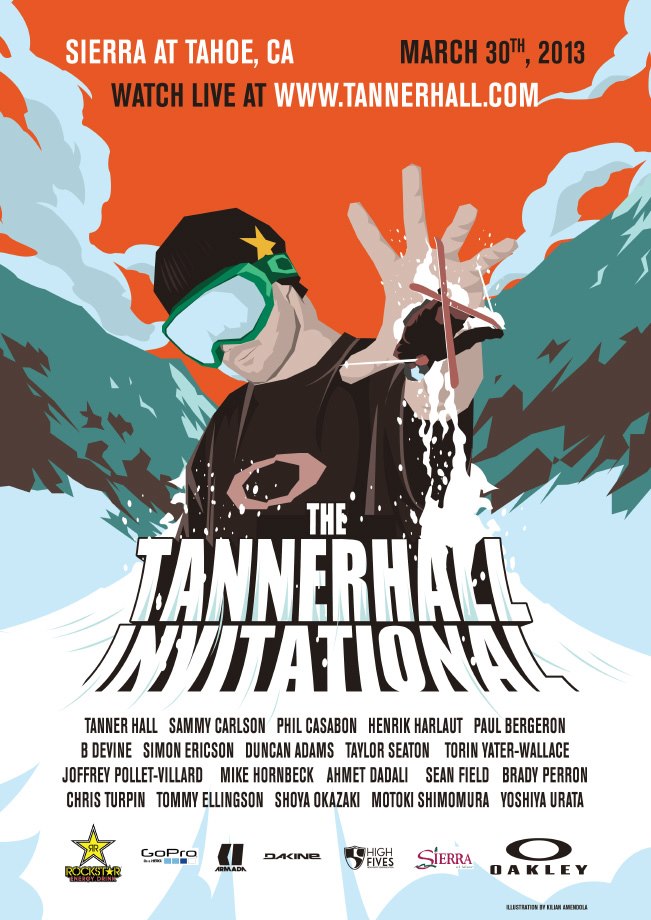 Breaking the news via Facebook and Twitter, Tanner Hall announced yesterday plans to host the first ever Tanner Hall Invitational, slated for Saturday, March 30 at Sierra-at-Tahoe, CA. With a stacked list of confirmed riders, and a live stream of the event available for viewers around the globe, the contest promises to be a memorable one.

“Sierra-at-Tahoe Resort is extremely excited to partner with Tanner Hall to hold the first ever Tanner Hall Invitational,” said Steven Hemphill, Communications Manager for Sierra-at-Tahoe. “After SPT [Snow Park Technologies] approached us with the idea, we jumped at the opportunity to hold an event for the world’s best skiers. Hosting an event like the Tanner Hall Invitational allows us to align ourselves with skiing’s core and continue to deliver a product that focuses on the ski experience. The line-up of riders is incredible and we are anxious to give them a feature that will progress skiing and offer a different format than the traditional slopestyle contest.”

Sierra-at-Tahoe indicated SPT will construct a tombstone feature for the event—a quarterpipe set between two hip jumps. The contest will be jam-format, with one jam taking place on the hips, and another on the QP. Competitors will also act as judges.

The official event poster [above] lists a handful of confirmed riders, including Tanner himself, Sammy Carlson, Phil Casabon, Henrik Harlaut, Paul Bergeron, Duncan Adams, Taylor Seaton, Torin Yater-Wallace, Joffrey Pollet-Villard, Mike Hornbeck, Ahmet Dadali and more. These athletes are widely recognized as some of the most stylish skiers in the world. Given the talent pool, we anticipate an event revolving heavily around smooth stunts, and less around big hucks, doubles, spin-to-win, etc.

Hall tells ESPN, “A lot of contests lately, especially now with the Olympics in everyone’s mind, have gotten super serious, with a million coaches and ski techs and wax guys at the top of the courses. With this event, we wanted to bring back the fun of skiing and make everyone remember that first and foremost the sport is about having fun with your friends and style and progression. This event is all about that.”

The live stream of the event is available via tannerhall.com.