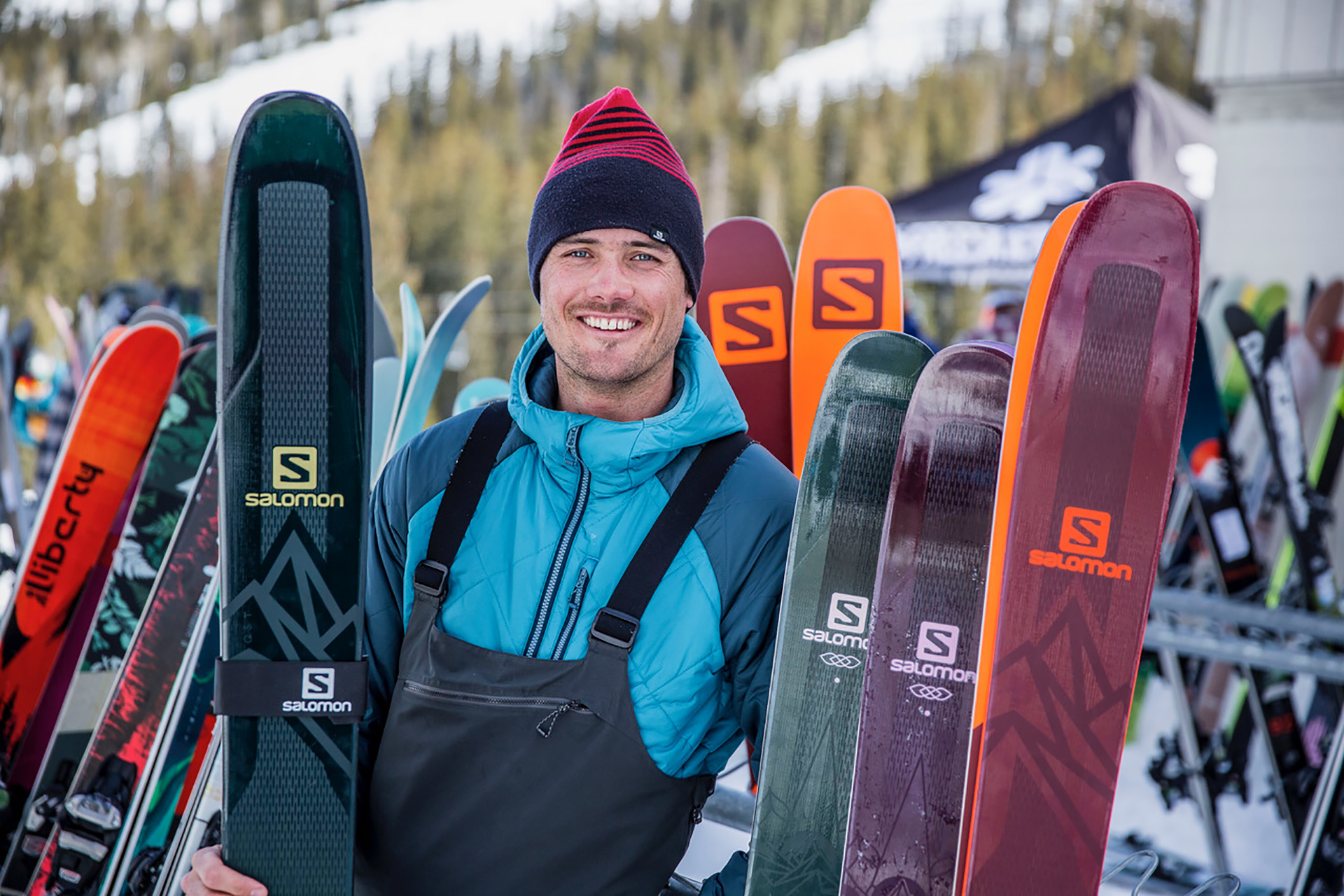 Aspen born, bred and based skier, Sam Coffey, died on Monday, May 20, at the age of 29. He succumbed to a sudden series of strokes suffered on a surf trip in Mexico. Coffey was a ski industry veteran, working PR for Backbone Media and rygr, managing accounts such as Black Diamond and Salomon. This winter, he took a break from PR to serve as his friend Wiley Maple’s ski technician on the World Cup tour, before returning to Aspen to do PR for Aspen-based Strafe Outerwear. He was also a founding member of “The Freaks,” Aspen’s “fastest ski gang.” I’ve worked with Sam quite a bit over the years, as have my co-workers here at FREESKIER. News reached the FREESKIER office midday on Monday. It rained all week, the gloomy, gray skies reflecting the palpable somberness felt among our staff, all of whom were friends of Sam’s, and touched by him in some way. We thought of the community of Aspen, to which we are so close, as well as his sister JoAnna and mother Cathy, who had just lost father Joe, to a long battle with melanoma last year.

The outpouring of love came in a flood as Monday progressed into the evening. It seemed like Sam had crossed paths and made an impact on almost everyone I followed on social media. It’s been said many times in the past few days, but it’s no surprise that so many were affected by his passing. Sam was one of the most genuine people on earth. He was authentic in his love for skiing, there was nothing he’d rather be doing than going fast on a pair of skis down a snow-covered slope. The last time I saw him, at dinner in the Hume Hotel in Nelson, BC, he was complaining, with a hint of sarcasm, about having to attend a wedding in another state that next Saturday, causing him to miss Aspen Mountain’s closing weekend. He had a point; his absence from Ajax’s closing day just didn’t seem right. His love for his hometown was as honest as his affinity for skiing. For anyone who spent just a few minutes in conversation with Sam, you knew that Aspen, Colorado, was indeed the center of his (the?) universe. And, most importantly, evidenced by the countless people who have come out to share their thoughts on Sam this week, was his genuine affection for his friends, both close and on the periphery of his circles. He made time for everyone and made us all feel welcome, no matter where we happened to be—on top of a mountain, at the bar, the dancefloor, it didn’t matter.

The first time I met Sam was at FREESKIER’s Ski Test in 2015. He was representing Black Diamond for Backbone Media at the time and wanted to get me on a pair of the brand’s new Boundary 107 ski. He teched my bindings and hopped onto his pair of planks, and we raced off from the testing corral toward the skier’s right of Aspen Mountain. Sam took me straight to Walsh’s, a steep shot near the boundary of the ski area that’s often the go-to run for first tracks on a powder day. A mogul field was all that remained from last week’s storm. I remember balking at Sam’s grace on his skis. He charged down the run with an effortless fluidity that sparked awe and a hint of jealousy from me. He waited for me at the bottom and gave me a healthy high five. His stoke was contagious. Anyone who’s skied with Sam knows he’s just that good, and that invested in the sport. The second time I met him, we summited and skied Mount Sopris, one of the defining peaks of the Roaring Fork Valley. I’ll never forget that day, for the triumph of touring to the top of, and skiing down from, one of the first big peaks of my life. But also for the stoke that Sam brought, the words of encouragement and little jokes that made the slog to 12,966 feet not so bad. Pleasurable, even.

My memories are minuscule compared to the ones he shared with those he touched the most in his life. But, I’m glad my last ones will be from a weeklong trip to Retallack Lodge, BC, this past April. Sam damn near single-handedly made that trip as spectacular as it was. Let’s just say there was some crowd surfing on the part of Mr. Coffey.

Coffey will be missed by so many, but he’d be the first to tell anyone bumming out to cheer up. While it rained all week in Denver following his passing, it snowed at high elevations in Aspen, likely a parting gift from someone who based his life around the snow. The sun finally came out today, on the eve of a three day weekend with a bottomless spring snowpack still left in the mountains of his home state. I suspect many will be taking advantage of that in Sam’s honor this weekend.

There will be a celebration of Sam Coffey’s life held on Monday, May 27 at Aspen Mountain. You can rest assured that it will be “lit,” Sam would have it no other way.