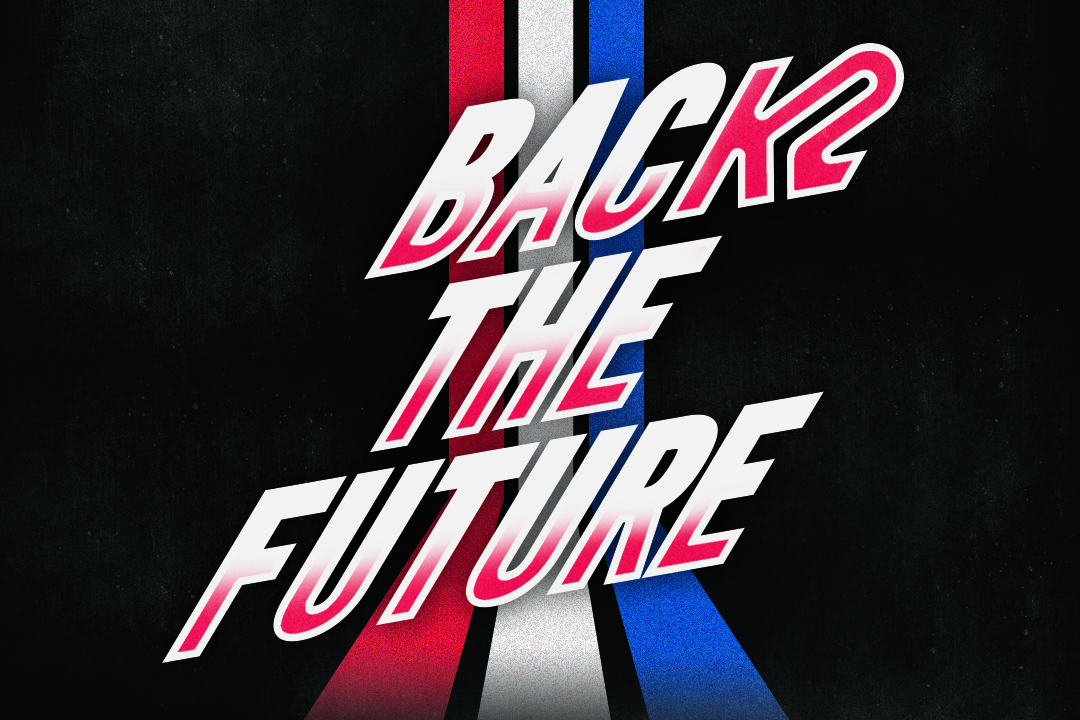 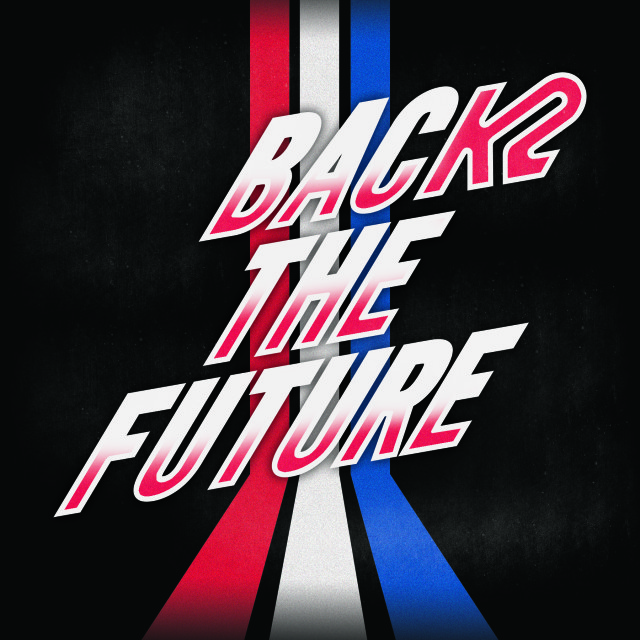 Among North American ski manufacturers, there is no brand with as rich a history as K2. The Seattle, Washington-based company has been putting out some of the best skis on the planet, promoting rad times on the hill and just generally having fun since 1962, with no plans of stopping. With this history, naturally, comes a classic photographic archive. We just finished perusing hundreds of K2-themed images, memorializing the products, places and personalities that have shaped K2’s image; the photos display the talents of McConkey, Mahre, Morrison, Pettit, Plake, Schmidt, Wong and more. All told: Flipping through those pages is Serious Fun, and we know that the word “fun” is part of your everyday vocabulary, too.

These old K2 gems are too good not to share. So, we pulled four zany images from the K2 archives and are now calling on you to post your very own re-creations of these photographs. The prizes? Four brand new pairs of badass K2 skis.

Here’s how it’s going to work:

Each Thursday for the next four weeks, beginning today, we’ll post a photo that we want you to re-create in your own way. Get weird, get silly, do something crazy. Do your best to exude the fun times that K2 has sought to bring to skiers, both then and now. We’ll select the best of the bunch and award the masterminds behind the top re-creations with brand spankin’ new pairs of K2 Shreditor skis. Note: there will be four winners total—one each week.

Thursday, March 10, 2016: Via the @FreeskierMagazine Instagram feed, we’ll post up the first badass K2 image we want you to re-create. You have until Wednesday, March 16 @ 11:59 p.m. MT to upload your best re-creation to Instagram. You must use the following tags to be eligible to win: @FreeskierMagazine, @K2_Skis, #BacK2theFutureContest.

Thursday, March 17, 2016: FREESKIER will announce the winner from week one via Instagram, and also post the second image for you to re-create. You have until Wednesday, March 23 @ 11:59 p.m. MT to re-create it and post it to Instagram. You must use the following tags to be eligible to win: @FreeskierMagazine, @K2_Skis, #BacK2theFutureContest.

Thursday, March 24, 2016: The winner from week two will be announced via Instagram and we’ll present photo number three for you to imitate. Wednesday, March 30 @ 11:59 p.m. MT is your deadline to post to Instagram. You must use the following tags to be eligible to win: @FreeskierMagazine, @K2_Skis, #BacK2theFutureContest.

Thursday, March 31, 2016: The fourth and final image will be posted. Do your best homage to that photograph; you have until Wednesday, April 6 @ 11:59 p.m. MT to get ‘er done and post ‘er to Instagram. You must use the following tags to be eligible to win: @FreeskierMagazine, @K2_Skis, #BacK2theFutureContest.

NO PURCHASE IS NECESSARY TO ENTER OR WIN. A PURCHASE WILL NOT INCREASE YOUR CHANCES OF WINNING.
The Contest (“Promotion”) is sponsored by Storm Mountain Publishing hereafter referred to as (“Administrator”). The geographic scope of this promotion is the Lower 48 United States and Canada, excluding Quebec. Promotion is subject to all federal, state and local laws. Void where prohibited by law. By entering, entrants agree to these Official Rules. Limit one (1 Pair) Shreditor 102 per person.

Promotion begins on March 10, 2016 and concludes on April 7, 2016 and hereafter referred to as (“Promotion Period”). Final entry deadline is April 6, 2016 at 11:59 p.m. MT. Administrator’s computer is the official time-keeping device of this Promotion. To enter, submit your best “recreation photo” via Instagram. Only entries submitted following above outlined directions will be considered as official entries.

ELIGIBILITY
Promotion is open to legal residents of the U.S.A. and Canada (excluding Quebec) who have reached the age of at least thirteen (13) years old as of the first day of the Promotional Period. This Promotion is subject to all applicable federal, state and local U.S. laws.

PRIZE AND SELECTION OF WINNERS

Four (4) winners will be selected at random to win the following:

Prize Details: The prize will be awarded to four winners.

Only one entry per Instagram user will be counted. Winner will be selected based on discretion of Freeskier editors from all entries and contacted via Instagram via user’s account, provided when entrant initially entered the Promotion.

All details of all prizes shall be at Administrator’s sole discretion. Winner assumes sole responsibility for all costs associated with the prizes not explicitly outlined above. All federal, state and local taxes (if any) are the sole responsibility of the Winner.

Storm Mountain Publishing and its affiliates are not responsible for technical failures in entry transmission, or lost, late, misdirected, damaged, incomplete, illegible, or postage-due mail, or any damage to participants’ computers relating to information about or participation in the promotion. Storm Mountain Publishing reserves the right to cancel electronic method of entry if it becomes technically corrupted. Administrator will contact potential Winner in accordance with the information supplied to Administrator on the Winner’s Entry. Winner may be asked to provide Administrator with valid identification and execute an affidavit of eligibility and, where legal, a publicity release, and return these documents within seven (7) days of notification. Acceptable identification includes a valid driver’s license or other valid picture ID showing name and address. Faxes will not be accepted. The Winner may also be required to sign other legal documents, including tax forms and a release supplied by Administrator which, among other disclaimers, releases the Promotion Sponsors and a range of subsidiaries, directors, agents, agencies, affiliates, franchisees, promoters, officers, directors, employees and related persons from any and all liability related to this Promotion and the receipt and use of the prize. Released parties include Storm Mountain Publishing its parent companies, subsidiaries, affiliates, and their respective directors, officers, employees, agents and assigns.

Upon verification of eligibility, the name of winner may be posted on Storm Mountain Publishing’s websites, including but not limited to the following sites: freeskier.com, facebook.com/freeskier.

In the event of a dispute over the identity of an online entrant, entry will be deemed submitted by the “Authorized Account Holder” of the email address submitted at time of entry. Authorized Account Holder means the natural person who is assigned to an email address by an Internet access provider, online service provider, or other organization that is responsible for assigning email addresses for the domain associated with the submitted email address. Entry materials/data that have been tampered with or altered, or mass entries or entries generate by a script, macro or use of automated devices are void. Sponsors are not responsible for: (i) lost, late, misdirected, damaged, illegible or postage due mail/entries; or (ii) error, omission, interruption, deletion, defect, delay in operations or transmission, theft or destruction or unauthorized access to or alterations of entry materials, or for technical, network, telephone equipment, electronic, computer, hardware or software malfunctions of any kind, or inaccurate transmission of or failure to receive entry information by Sponsors on account of technical problems or traffic congestion on the Internet or at any web site or any combination thereof; or (iii) any injury or damage to entrant’s or any other person’s computer related to or resulting from participating in the Promotion. By participating in the Promotion, you (i) agree to be bound by these official rules, including all eligibility requirements, and (ii) agree to be bound by the decisions of the Sponsors, which are final and binding in all matters relating to the Promotion. Failure to comply with these official rules may result in disqualification from the Promotion. Sponsor reserves the right to: (i) permanently disqualify from the Promotion any person it believed has intentionally violated these official rules; and (ii) withdraw the online method of entry if it becomes technically corrupted, (including if a computer virus or system malfunction inalterably impairs its ability to conduct the Promotion), and to select winner from among all eligible entries received prior to withdrawal. LEGAL WARNING: ANY ATTEMPT BY AN INDIVIDUAL, WHETHER OR NOT AN ENTRANT, TO DELIBERATELY DAMAGE, DESTROY, TAMPER OR VANDALIZE THIS WEB SITE OR INTERFERE WITH THE OPERATION OF THE Promotion, IS A VIOLATION OF CRIMINAL AND CIVIL LAWS AND SPONSOR RESERVES THE RIGHT TO SEEK DAMAGES AND DILIGENTLY PURSUE ALL REMEDIES AGAINST ANY SUCH INDIVIDUAL TO THE FULLEST EXTENT PERMITTED BY LAW.

Storm Mountain Publishing may contact entrants with product offers they believe may be of interest to entrants. By entering the Promotion, entrant holds harmless Storm Mountain Publishing and their parents, subsidiaries, operation divisions, and affiliates from any liability whatsoever for any claims, costs, injuries, losses, liability, actions, or damages of any kind or in connection with: (1) entering Promotion (2) acceptance of any prize or (3) anything related to the Promotion and the awarding of prizes. Any claims relating to this Promotion shall be governed by Colorado state law without regard to its conflict of law, rules, and any such claim must be heard in Colorado. No telephone calls, please. Official Promotion sponsors: Storm Mountain Publishing 137 2nd Ave., PO Box 789, Niwot, CO 80544.