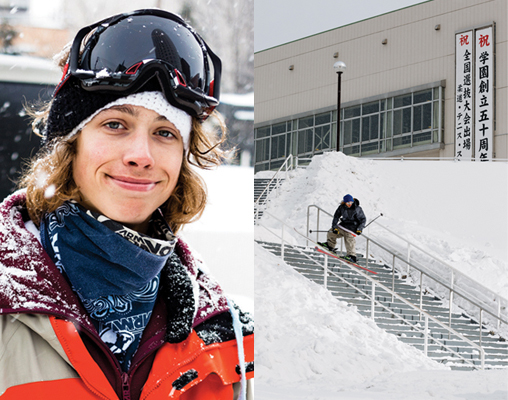 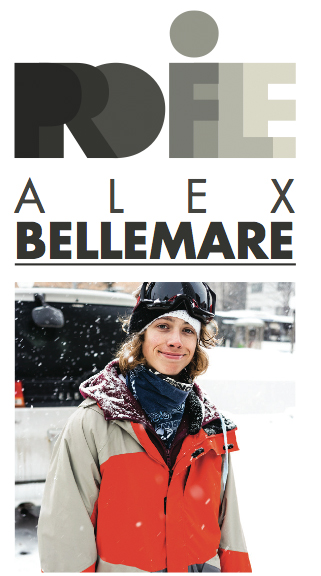 Like many skiers who are born and raised in Quebec, Alex Bellemare has a knack for park shredding and jibbing. Separating Bellemare from the rest is an incredible talent in the air. His performances during the past season at slopestyle events, like the US Grand Prix at Mammoth, CA and the Winter Dew Tour at Snowbasin, UT, caught the attention of the Canadian National Slopestyle Team, and it wasn’t long before Bellemare was able to call himself a proud member of Team Canada. Today, Bellemare balances competition with shooting films and skiing in urban environments.

Where did you grow up? I grew up in Saint-Boniface. I always come back here every now and then. It’s pretty nice. My father and his girlfriend and her daughter and my brother are here.

How’d you get into skiing? I was six the first time. My father was a skier and decided to give it a try with me and my brother, and we kind of liked it, so we never stopped. When I was nine, I did my first contest. I won. It was a BS little event, super small. I enjoyed it, for sure. At that time it was like, “Holy shit, wow, this is awesome.” I was like, “I want to be a pro skier.”

Did your dad push you to compete? No. I think my parents thought, “Oh shit, he probably won’t be a pro. He’s gonna be really not stoked one day and probably not go to school.” So, he wasn’t pushing me too hard, but he wasn’t holding me back at the same time. He was doing exactly what I wanted him to do, actually.

You mention school. Have you been pretty focused on that? No. When I was in high school, I was missing exams and stuff to go do contests, but I was still passing. I went to CEGEP, which is like grade 12 for people in the States, and I ended up failing everything. I was like, “I gotta find a way to do without that, ‘cause I can’t do that. It’s too hard.” So no, I’m not into school.

You’re on Team Canada. Tell me about that. It was a pretty last-second thing I guess. They just saw me this past season at some of the contests I did, and they decided to get me on board. I like it. The team is really cool. It’s a bunch of cool dudes, and Coach [JF] Cusson is pretty sweet. But they definitely have a few things that I don’t like. Like having to do water ramps and all that serious stuff. But it’s whatever… you just do it.

With JF as your coach, you guys just do backflip mutes all day? Oh yeah, no doubt. [laughs] 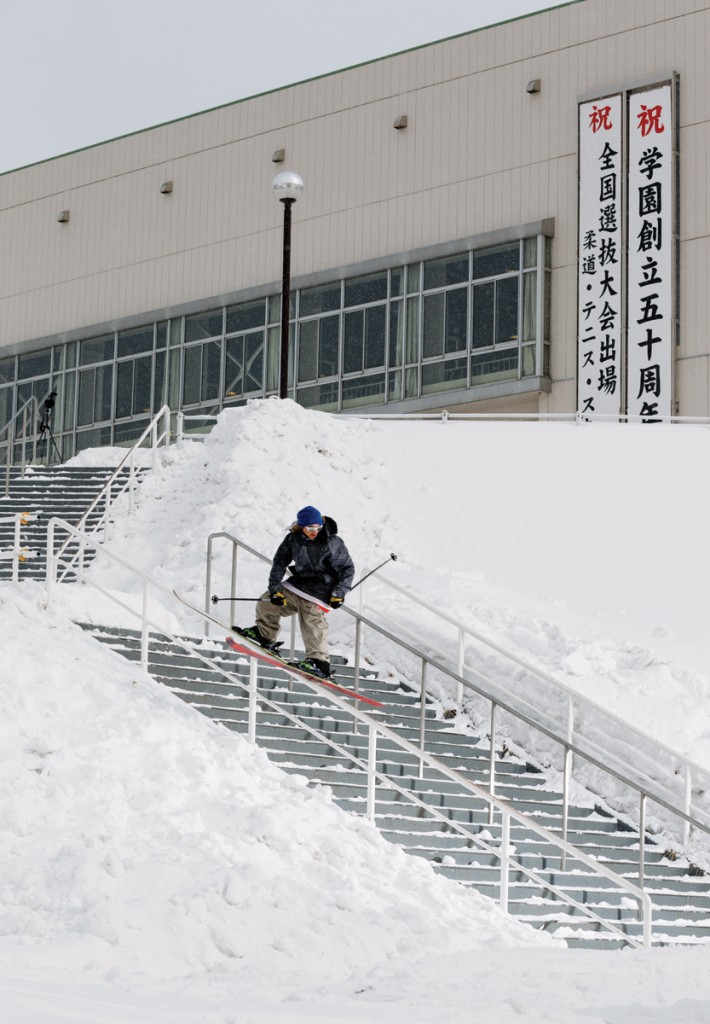 Is Sochi pretty heavy on your mind? I try not to think too much about it. It can be stressful if you overthink everything. But it’s definitely on my mind, and I’m stoked on it.

What’s your take on having freeskiing added to the Olympics? I think it’s a good thing for every athlete’s wallet, but I don’t know, it’s changing the sport in a way that’s not too cool, I find. The “free” part in freeskiing is kind of fading away, I think. Everyone is training. Back in the day, we just went skiing, now people go training. Airbags, water ramps, all that, I don’t know.

Does Team Canada get bummed when you film urban? No, they’re stoked for me. They just don’t want me to get hurt sliding down some rail.

But they encourage you to compete as much as possible, right? Yeah, no doubt. That’s all that counts in their eyes and the eyes of their bosses and so on. So they definitely want me to do as many contests as possible.

Does being on the team help you get all the ladies? [laughs] Sure, definitely helps a bit! Being a potential Olympian and shit—it’s pretty cool, I guess.

You shot with Level 1 for After Dark, were you shooting with them for Sunny, too? Unfortunately, we didn’t get much time to film. Last year, I went to the park shoot in spring, and that made up a good part of my segment, but this year I broke some ribs right before so I couldn’t go. I only had a one-week trip in Japan for urban. I got some shots but not as many as last year.

You’ve been filming with ESK Media pretty much every year. Tell me a little about the crew. It’s just a bunch of dudes from Quebec. It all started when I got called by those guys, super random, one day, they asked me to go with them for a video contest on the next day. I was filming with nobody at that time so I said, “Alright, yeah I’ll go.” We did the video contest, it went really well, and from that year on I’ve just been with them. They’re a good crew. Super mellow.

Why is everyone in Quebec so good at urban? [laughs] I guess it’s just the super icy mountains we got over here and not much snow. We have super shitty mountains with those damn rules about sizes of jumps and all that, so without much opportunity to jump, we hit rails.

Any sweet plans lined up for winter? No, man, but I can’t wait to be back in Breckenridge skiing the best damn park every day. Best place on earth I’d say. In the winter, at least.

*This article originally appeared in the Volume 15 November issue of FREESKIER. Subscribe to the magazine, or get it on the iTunes Newsstand.