Published on February 24, 2021
by Andy Cochrane 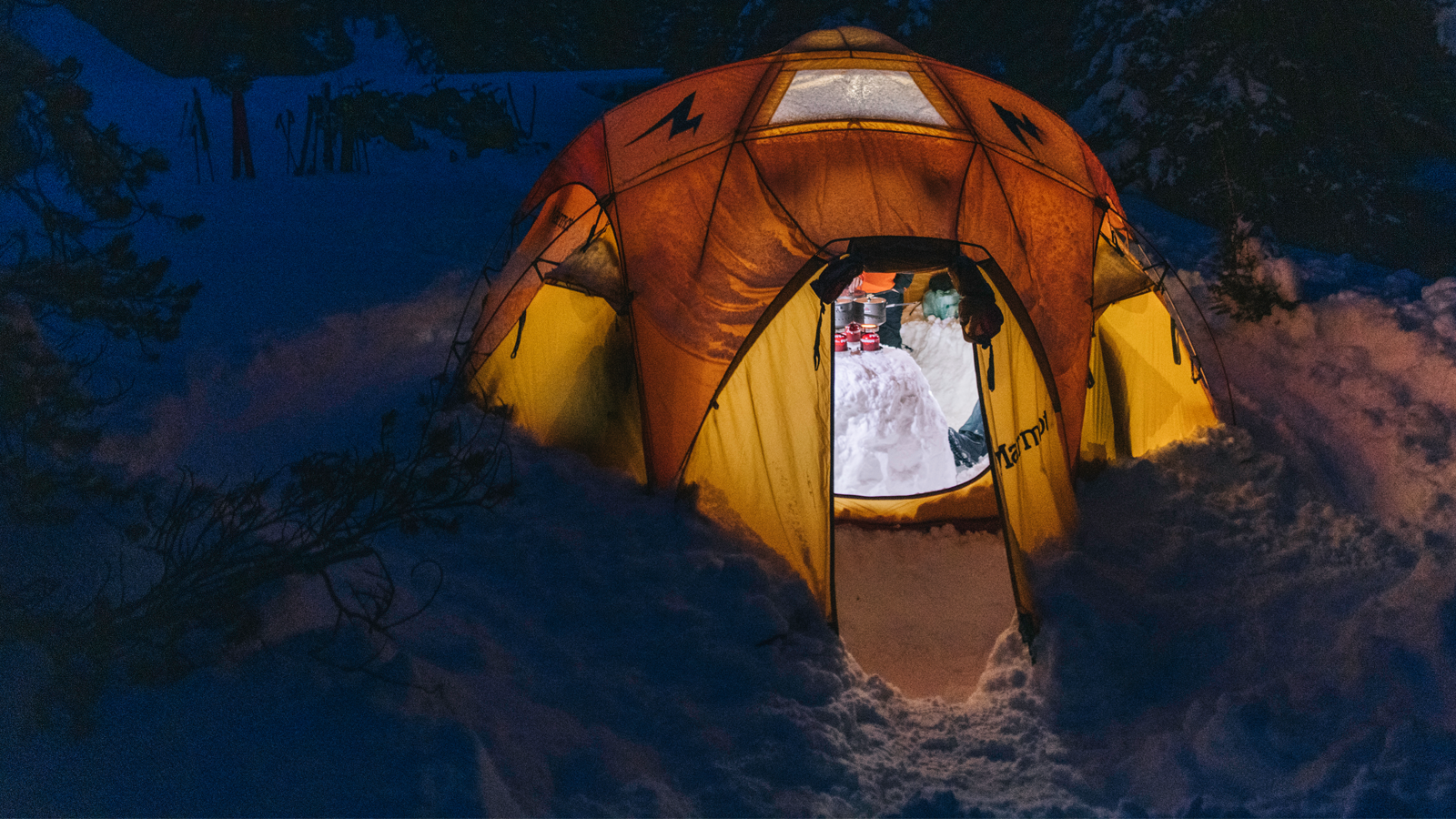 The idea of sleeping outside in nylon tents when even grizzly bears have decided to hibernate may, at face value, seem ill-advised. If the bears think it’s too cold—why would it be a good idea? I’m here to help you reconsider.

My first piece of advice is don’t believe the mainstream narrative that winter camping sucks. Sure, your friends will laugh at your naivety, your mom will question if you’ve gone off the deep end and your significant other will tell you that your life is in danger. I mean, if Leonardo DiCaprio barely survived in The Revenant, how are you going to fare fighting off ruthless wolves and huddling around a fire all night to avoid frostbite?

But all that is bullshit.

With a few tricks, a stockpile of snacks and a pack full of insulated layers, you’ll surprise yourself. At least, that’s what I pitched to seven friends a month ago, declaring that winter camping for three nights in the middle of February was a wise decision. Somehow, all of them, including Fischer athletes Kyle Smaine, Lynsey Dyer and Sophia Schwartz, said yes.

After a few weeks of planning, methodical gear packing and an afternoon at the local grocery store, we met at the trailhead on a stormy Saturday morning, just as dawn struck. Ready to load our pulk sleds and snowmobile into the Grey River Range of Wyoming, I thought to myself “God, I hope this works out.” The weather looked good, relatively speaking. A foot of snow was on the way, bringing with it “warmer” weather—most nights would stay above zero-degrees Fahrenheit and daytime temps would flirt with the mid-twenties. The risk was humidity and, in turn, lots of sweat. While winter camping, you are often times your own worst enemy…

Unloading snowmobiles off of a trailer feels unnatural for those who have never done it before. But sometimes you just gotta hop on the horse and figure it out yourself. Saddle up!

We spent about an hour rigging our gear to the snowmobiles and in the two large pulks. Similar to a complex game of Tetris, eventually everything found a spot, even the carton of Goldfish.

The first half of our 18-mile journey into the range was on recently groomed trail. Despite low visibility, we made good time to the junction and morale was still high. Turning west, we headed into a less used drainage, breaking trail for the last five miles of the commute.

After some debate on the best location, we found a wind-protected spot near a small creek, which would save us considerable time and fuel without having to melt snow. We spent most of the afternoon building platforms, setting up the tents and crafting the inside of the cooktent, which nostalgically feels like building forts as a kid.

The next day we snowmo’d further up the valley and subsequently skinned up a north-facing slope, with hopes it was holding more snow and had a more protected persistent deep layer. After digging a pit to assess the snowpack, we felt good about continuing upward, and climbed nearly 3,000 feet to the base of a big cliff band, before ripping skins and dropping in.

The slide down was defined by fresh pow and shit-eating grins. We then retreated to our basecamp, spending most of the evening holed up in the cooktent while it continued dumping outside.

Up early on day two, we headed out for a new tour, this time to a ridge we spotted a day earlier. The turns were better than expected and, by lunchtime, we were back at the snowmobiles, scheming our next move.

With snow still falling, the group agreed that larger and more technical lines were off limits. Calling an audible, we spent the afternoon building a huge, 60-foot jump and testing our nerve one after another.

Trying to get in as much as possible, we threw in a quick two-hour tour the last morning, before packing up camp and snowmobiling back the way we had come in. Overall, no major issues, no frostbite, and no Instagram posts to prove it. I wouldn’t want it any other way. 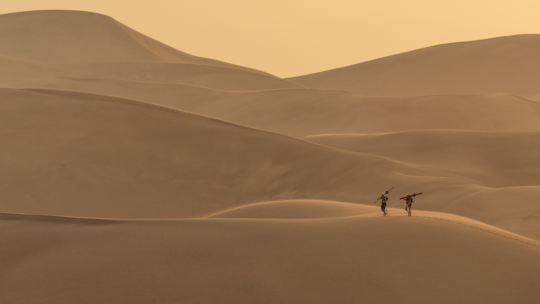