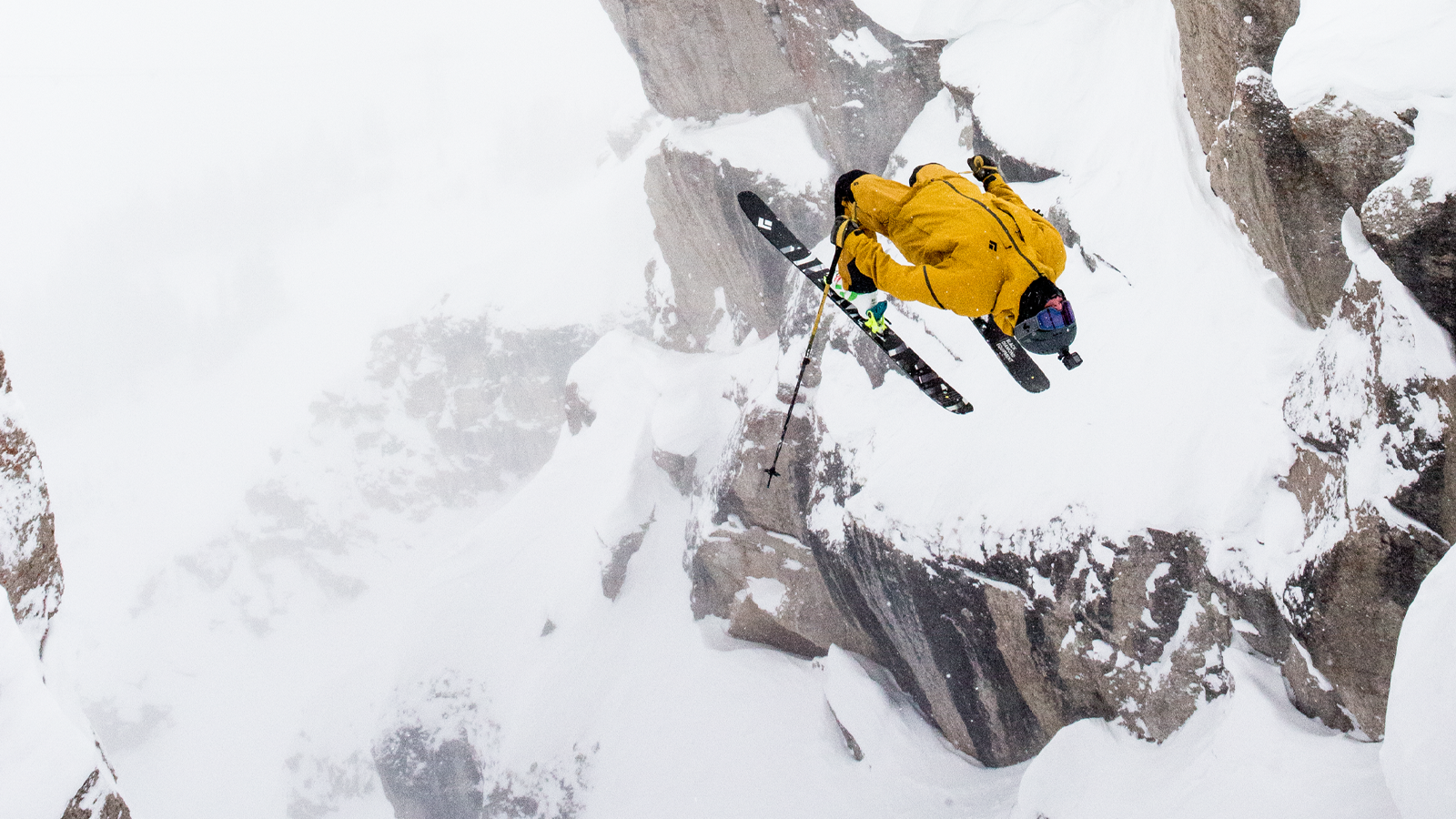 Hunkered down in Corbet’s Cabin, the athletes barely spoke and the aroma of fresh waffles had yet to consume the high-alpine hut. Aaron Blunck, set to take the first drop of the day, pumped music through his headphones. Alex Hall, a first-timer in the Kings and Queens of Corbet’s competition, read comics printed in the local paper. The rest of the athletes competing in the fourth-annual event at Jackson Hole mulled about, double-checking equipment and visualizing how they’d launch into the famed in-bounds run. The atmosphere felt quiet and concentrated.

But that all changed when the ropes to the top of Corbet’s dropped. The hush within Corbet’s Cabin transformed into a palpable buzz as the athletes exited the cabin and converged atop the run, unpacking shovels to discuss and build the various in-runs to the couloir. Peering into the cloudy landing, gusting winds throwing snow into the air, the athletes looked down, then up toward the start gate and back again, visualizing their runs. For the moment, the landing in Corbet’s stayed pristine—a perfect three-foot landing pad of powder snow.

The weather window for Kings and Queens of Corbet’s offered a forecast with plenty of fresh snow and little break in the storm. On the second night of the weather window the athletes met at RPK restaurant, next to the Tram in Jackson Hole village, to draw bib numbers and decide the drop order at random. Aaron Blunck, making his second appearance at the event, drew the lucky number one spot and would break the ice, followed by 2020 winner, Parkin Costain, and Montana young gun, Jake Hopfinger.

With two days until the event, which ran on Thursday, February 18, the skilled group of athletes took to the mountain to shred as a pack, scope the course and enjoy the bounties of Jackson Hole in mid-February. What emerged was a group of athletes riding as one, with a notably collective mindset; although the competitors were all competing for a spot on the podium, in the days prior to the event—and during it—there was a notable sense of community that defined the atmosphere. Taking hot laps around the resort and discussing ideas for the big drop with other competitors was commonplace during this year’s Kings and Queens, defining it as one of the most community-minded, supportive contests in the sport.

When it came time to roll the cameras and get the competition underway, the tone at the top of the cooler was one of collective hype, every athlete cheering on the next. Aaron Blunck dropped a massive zero spin, Veronica Paulsen threw a backie, Parkin Costain and Jake Hopfinger launched off the “Wu Tang” kicker, Alex Hall, in his first-ever drop into Corbet’s, performed a stylish hand drag 360, Sophia Rouches took flight with a massive straight air, Thayne Rich landed switch (per usual), Sam Schwartz, Max Martin and Blaine Gallivan let it all hang out and Karl Fostvedt stomped a mind-blowing switch 900. Needless to say, the action had everyone’s jaw on the floor and the cheers from the committed crowd scattered around Tensleep Bowl echoed back to the start gate after every hit.

When the time came to judge the competition, four-year veteran Karl Fostvedt rose to the top of the pack, cleaning up his second run and wowing the athletes and crowd. Second place was awarded to Hans Mindich; thrid to Jake Hopfinger. On the ladies side, Madison Blackley, took home top honors followed by Audrey Hebert and Zoë Vernon, knocking the reigning backflip queen, Veronica Paulsen, off the podium.

On “normal” days when Jackson Hole ski patrollers open Corbet’s to the public, skiers and snowboarders will often take the “goat path” into the cooler, opting to avoid the 30-plus-foot drop off the nose and commit to a few steep turns before entering the powdery, 45-degree pitch below. On comp day at Kings and Queens, however, the athletes weren’t ready to settle for the easiest way down. The 26 skiers and riders participating in the event were focused on progressing the sport in ways we’ve never seen before, conjuring zero spins, double flips, straight airs and wall rides that are forever marked in the history books. 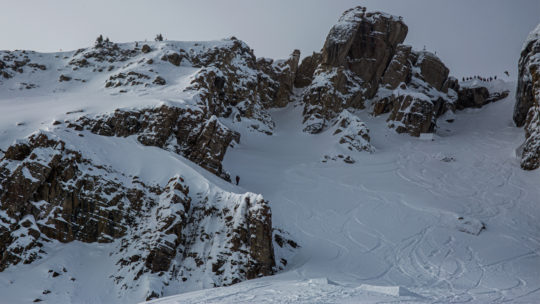