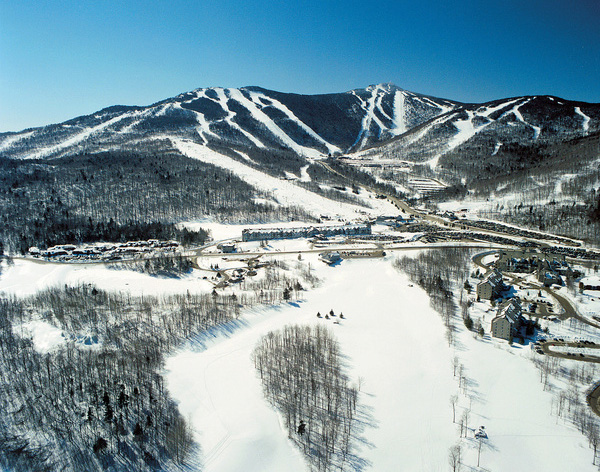 Killington Resort is set to become the first ski area in the East to open up for the 2013/14 ski season. The resort will open on Friday, October 25 at 9:00 a.m. for those who have a Killington season pass or express card. “The Beast,” as the resort is affectionately known, anticipates opening its slopes to the rest of the public on Saturday. The Rime trail will be open, offering up 600 vertical feet of early season skiing, and the resort usually has a couple of park features set up for those who prefer to jib. Killington consistently has the longest season on the east coast, often opening in late-October and running sometimes into May.

Killington Resort kicks off the 2013-14 winter season Friday, October 25, with an exclusive day of early season skiing and riding for Season Pass and Express Card holders. These lucky guests will enjoy the first turns of the East Coast skiing and riding season from 9:00 a.m. to 3:30 p.m. on Friday.

Killington Resort anticipates opening to the general public for skiing and riding on Saturday, October 26, 2013, for the duration of the weekend. Lifts will turn from 8:00 a.m. to 3:30 p.m., and crews will re-evaluate the conditions Sunday afternoon to determine the operating schedule moving forward. Check www.killington.com/conditions for latest updates.

Dedicated resort snowmakers fired up the snow guns on the Rime trail in the North Ridge area on Tuesday, October 22 and will continue to make snow and expand terrain coverage as long as conditions permit. Early season conditions will exist. Skiing and riding will be on advanced terrain only on Rime trail, providing roughly 600 vertical feet of terrain. No beginner terrain will be available at this time. The K-1 Express Gondola will provide uploading and downloading, and guests will access terrain via the Peak Walkway.

“We’re really excited to get the season off to a great start, and we wanted to thank our Season Pass and Express Card holders by sharing Killington Resort’s early season skiing and riding with them,” stated Mike Solimano, president and general manager for Killington Resort. “We truly appreciate their support, and we are looking forward to building upon last season’s success with our commitment to a high-quality guest experience, including the longest on-snow season possible.”

Light snacks and beverages will be available for purchase at the base of the North Ridge Triple Chair and the K-1 Lodge will be open for ticket sales, lunch, après, guest service, retail and restrooms.