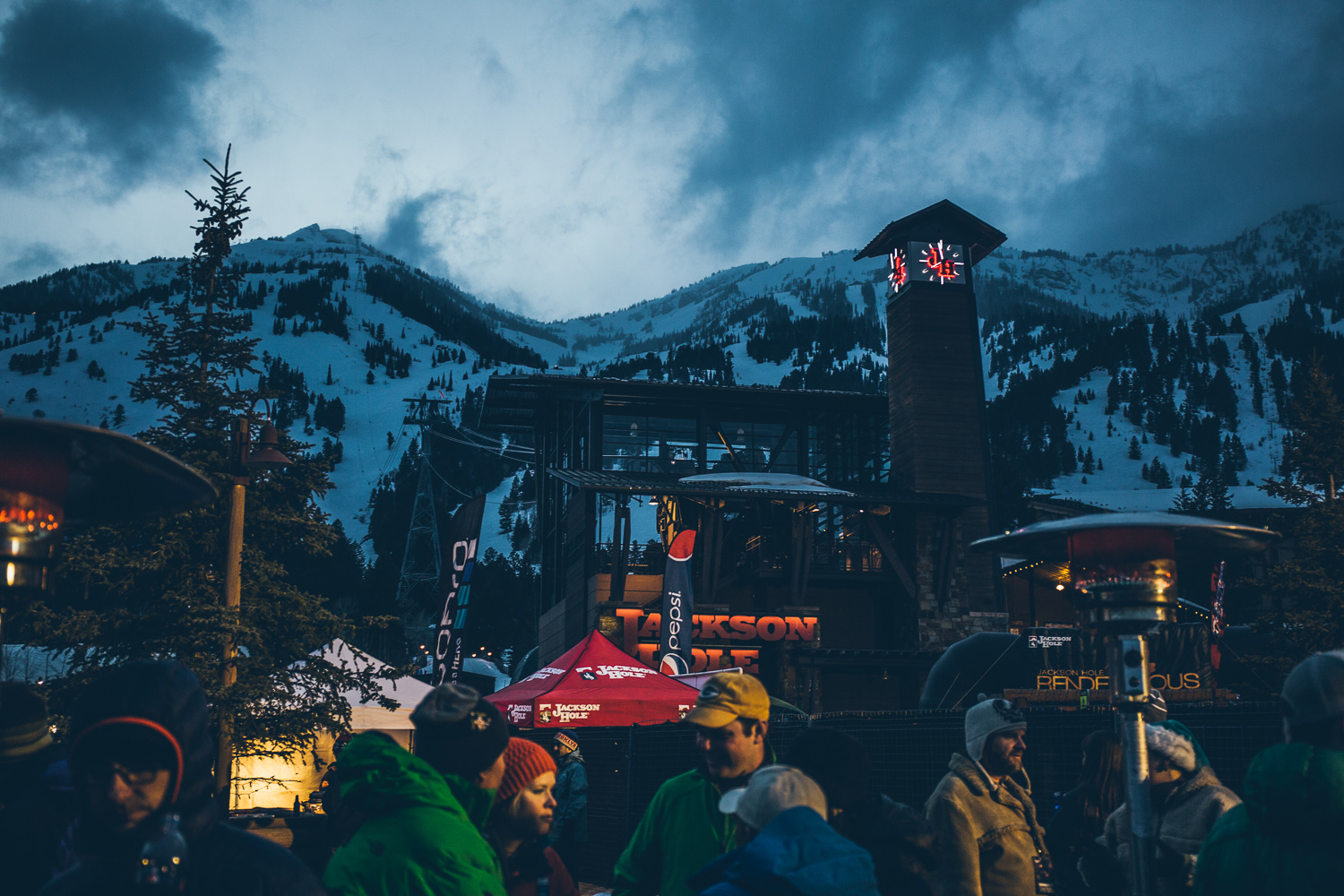 Spring skiing. Just the thought of it should bring a smile to your face. The only gloomy thing about spring skiing is that it marks the beginning of the end of the season.

While the end of the ski season may be near, its definitely not over in the Tetons. As if spring powder skiing at Jackson Hole wasn’t attractive enough, the Rendezvous Festival featured free concerts each evening. Shows by Karl Denson, Blues Traveler and Michael Franti led us into rowdy nights at the Mangy Moose, but we had had to be careful not to send it too deep. Mother Nature chimed in with a performance of her own, dropping 30 inches of spring pow over the weekend. It was full on blower pow each morning, so pizza slices from the Village Cafe capped each night in an attempt to ward off the inevitable hangovers.

While we’re always up for challenges like late night partying leading into early morning powder laps, the 39th annual Pole, Pedal, Paddle was a bit over our heads. It’s a quad-sport marathon consisting of a 3-mile alpine leg, a 5-mile Nordic leg, a 19.8-mile bike ride and a final 9-mile boating leg. This year Adam Wirth and Kate Ceronsky took top times for the event, finishing in 2:26:06 and 2:56:58 respectively. Though the course may have been tough, many were sporting costumes and taking the whole ordeal with a pinch of humor. We may have seen a few of these guys at the Mangy Moose after their race.

Whatever brought you to Rendezvous, the skiing in the Tetons was by far the main attraction of the festival. Mother Nature delivered the good stuff, so figuring out a way to be on that first tram was key. Even better yet, hiring a guide and getting on an early tram guaranteed face shots. Those early tram rides led to one of the coolest moments in all of skiing – hanging at Corbet’s Cabin waiting for a little red light on the wall to turn green. When crimson turns to clover, the mountain is officially open.

That light turns green and you shove that bacon and peanut butter waffle in your face, step into your skis, and make a beeline for…anywhere. Send it into Corbet’s Couloir or shred Rendezvous Bowl straight to the Hobacks. The tram delivers 4,139 vert of terrain so mind boggling that you swear you got there in a helicopter.

As if the concerts, spring powder, competitions and mind blowing terrain isn’t enough, nearby Teton Pass was in prime shape. The pass serves up some of the best backcountry skiing anywhere. With the sun setting well after 7 p.m. we opted for a rare treat on our last day, a backcountry ski that starts at 5 p.m. The Mt. Glory boot-pack kicks your ass with 1700 vert of stair master hell, but that 1700 vert is pure magic when you ski it in the evening light.

If you missed Jackson Hole Rendezvous this year, add it to your bucket list for next season. Spring in the Tetons is something every skier needs to experience. If you’re looking to get in a Jackson Hole tram lap of your own this season, you better hurry up as the resort’s closing day is Sunday April 6th.

A huge thanks is in order to the fine folks at Jackson Hole Mountain Resort for allowing us to be a sponsor of this event along side GoPro, Marmot, Bud Light, Jeep, Gore-tex, Teton Village Association and 4JH. It was an honor and a pleasure and we can’t wait to be back there next spring. Who knows, maybe a musical guest will play an intimate show in the tram again…