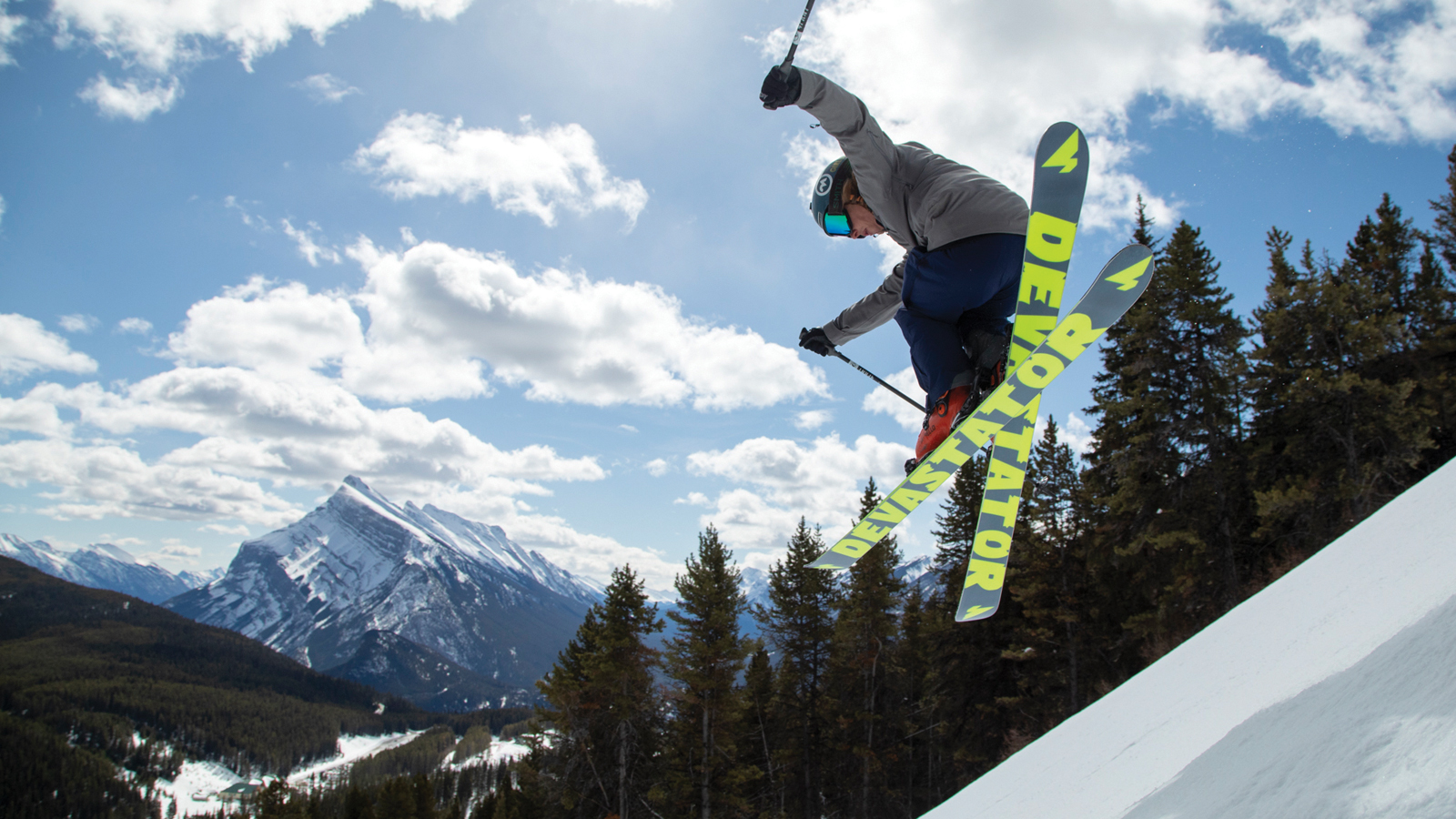 You may remember Noah Maisonet from his appearance alongside his grandfather, Eddie Hunter, in Sherpas Cinema’s 2014 web series Sculpted in Time. Hunter was born the same year as Mt. Norquay, Banff’s local ski hill, was established and has helped sustain three generations of Banff skiers, including Maisonet, on those slopes. In the episode, “The Wise Man,” Hunter speaks about his pride in passing down the sport of skiing through his family, and his voiceover is accompanied by shots of Maisonet and family taking on Norquay.

As fortune would have it, when we caught up with Maisonet in April 2018, he had just finished up another enjoyable day ripping Norquay with Hunter and he revealed what growing up a third-generation skier in Banff National Park truly means to him.

You were out skiing with your grandfather on Norquay. He’s still ripping out there, eh?

He’s still givin’ ’er. He showed up [to Norquay], and he said, “Oh, my hip is pretty sore. I don’t know if I’ll be able to ski today.” But, sure enough, he clicked in and ripped up the groomers anyway.

Your grandpa is 92 years old and is still skiing Norquay. How does he embody the spirit of skiing in Banff?

He still skis two or three days a week. That definitely motivates me on days when I’m not super keen to go up, but I know my grandpa is going skiing. It just shows this community produces happy, youthful people no matter what age they happen to be.

You have family roots in Banff that go back three generations and have deep ties to the area’s skiing heritage. How did that shape you?

It’s a special place to grow up. I’ve been on skis basically since I was able to walk. Skiing has been second nature to me my whole life. It’s a small community, and knowing that skiing runs in my family helped push me to pursue it for my whole life.

What’s the allure of a town like Banff? How does it pull people in for multiple generations?

What I love about Banff is that it has that small town charm to it, but still has the buzz of a city. It’s not a sleepy little town where nothing is going on. You always feel like you’re right in the heart of everything where the action is going down.

And everywhere you look, there’s an insane view, so it’s a pretty easy place to be inspired by the mountains.

And how were you affected by growing up skiing with others who shared your same obsession with skiing and the mountains?

After starting off skiing at Norquay and learning the fundamentals, I moved over to Lake Louise and joined the Rocky Mountain Freeriders, [the resort’s freeskiing team]. I met more like-minded people that enjoyed jumping off of cliffs and getting sendy. That’s where I grew most as a skier. We had coaches like Chris Rubens and Eric Hjorleifson. We didn’t think much of it back then, but now it’s crazy to think of the level of coaching that we had.

Learning from Rubens and Hoji must have been unreal. How would you describe the type of skiers you skied with, based on the terrain you all grew up with?

It definitely creates a different type of skier here. We don’t get as much snow as some of the British Columbia areas, obviously, so we’re used to skiing hardpack, rockier conditions. I find it produces more technically sound skiers, a tougher type of skier.

You may not get as much snow as the coastal mountains, but you end up with that dry, dreamy powder as a result of the location, right?

Totally. It’s colder, drier snow, so when we have those powder days, it’s legitimate blower pow. Also, at Lake Louise, it could snow five or 10 centimeters [two or four inches] overnight, and the wind can blow it around and create pockets of 20 or 30 centimeters [eight or 12 inches].

Having skied Banff for so long, you must have a few noteworthy memories to share?

A couple of years ago, the Capel brothers [Keegan and Garret], and I decided to ski all three resorts in one day. We tried to ski every single run on all of the hills, too. It ended up being a pow day. I don’t think there’s anywhere else in Canada where you could go to three different resorts in one day. It was so cool.

Did you get all the runs?

We did. It was super tight, we were pretty rushed, but we got them all in.

Honestly, some of my fondest memories are just skiing Norquay when I was a little guy—learning the fundamentals, hitting my first jump, learning my first 360. There are times when I go back to Norquay, I’m flooded with all of those memories and it reminds me of how special it is to me. 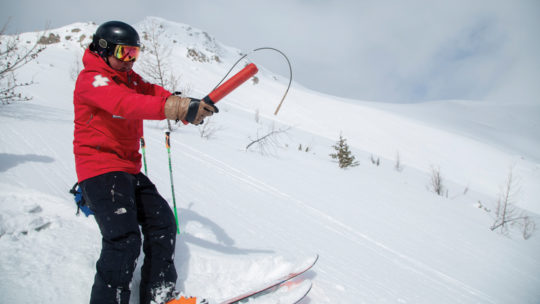