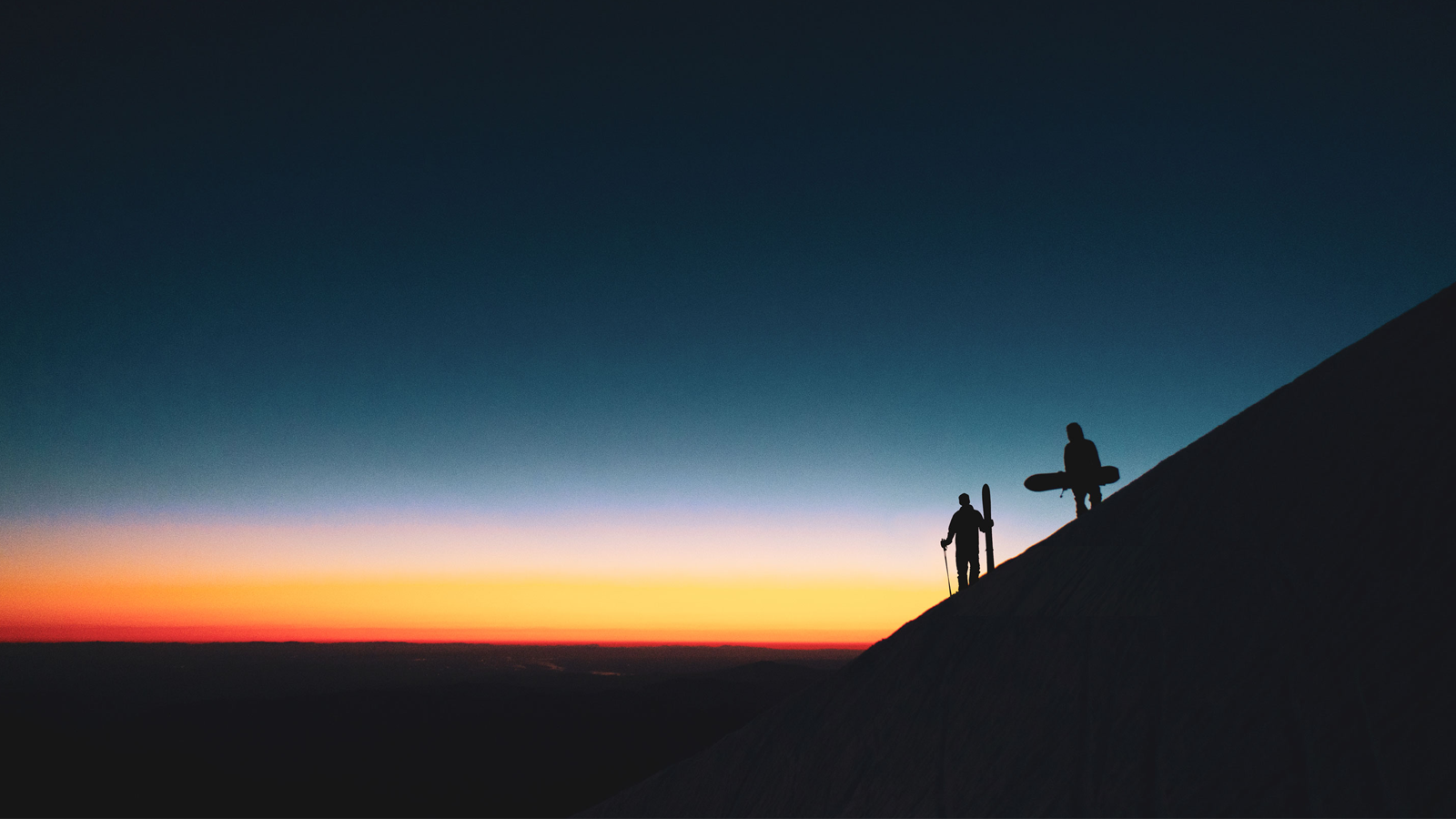 Introducing Season Eqpt., here to humbly shake things up with skis and snowboards built for anyone who loves snow.

When Eric Pollard finds something interesting, he doesn’t say, “Well, that’s interesting,” and move on without leaving his mark. Just look at his skiing. His films. His photos. His art. His 50-ish pro models designed with Line Skis over the past 20-plus years. Every single artifact—whether it’s a painstakingly detailed topsheet or a slash on a Japan powder day—is unmistakably Eric Pollard.

But now, the 37-year-old skier and father of two is putting his creative energy into something bigger than himself: a new company called Season Eqpt.

Founded alongside pro snowboarder and fellow Oregonian, Austin Smith, Season Eqpt. is here to humbly shake things up across the snowsports industry by offering both skis and snowboards centered around values of simplicity and longevity. Both Pollard and Smith left big contracts behind with Line Skis and Nitro Snowboards, respectively, to start this new chapter. And, as Pollard explains, personal brands will have nothing to do with any of it.

“This brand is not about me,” says Pollard. “It’s not a line of Eric Pollard pro models. And the gear isn’t intended to reflect what I’ve done in the past. It’s intended to create difference.”

Difference. This is the most important word to remember as you get to know Season Eqpt. And the difference begins with the color black. Every ski and snowboard is darker than a night sky—not just because it looks badass, but also because it stands out. In recent years with Line, Pollard felt that even his most creative skis—full of color and original illustrations—were getting lost among liftlines and ski racks.

“I recognize the influence I was having was a positive one, but it was to a point that actually felt almost like other brands were taking something from me,” he says. “So when I sat down to begin Season Eqpt., I just wanted to draw from the beautiful simplicity of raw utilitarian equipment—like an old camera, for example. A durable, black camera is built for you to create your own experience. The object is not supposed to be your actual expression. It’s your tool to go express yourself. And that’s how we see our skis and boards.”

That beautifully simple utilitarian mindset translates into endless points of difference at Season Eqpt.—including a unique stance on longevity. This stems from another problem Pollard realized in his later years at Line: encouraging fast-paced consumerism through new graphics. He wants that to change.

“We need to start disincentivizing people to re-up their product every single year just based on graphics,” he says. “So we founded our company entirely around the message of product longevity and keeping equipment out of landfills.”

Some would argue this marketing approach isn’t the most advantageous. After all, telling folks to keep their skis and boards as long as possible is literally the opposite strategy of most brands out there. But two primary investors understood this unique vision, nonetheless, and helped Season Eqpt. get off the ground. One is the Swiss-based Nidecker Group, that’s invested in a list of other notable snowsports brands like Jones Snowboards. The other is growing action sports retailer, evo, offering a robust online store as well as brick and mortar locations in Denver, Salt Lake City, Portland, Seattle, and Whistler.

Beyond their financial commitments, these investors have also helped guide Season’s unique distribution strategy—one of the trickiest hurdles for a new brand to overcome. Nidecker is leveraging its relationships with shops across Europe to place products, while evo is currently Season Eqpt.’s exclusive retailer in North America. The gear can also be purchased directly at seasoneqpt.com. Three skis and three boards, donning the same names across both categories, are currently available: the carving-focused Aero, the all-mountain Nexus and powder-prowling Forma.

“As a brand, we’re trying to distill things and simplify as much as possible. We see this approach to retail as just that,” says Pollard.

The allure of Season Eqpt. also pulled in two key team members. On the marketing side is Josh Malczyk, who worked at Line and Full Tilt for about 10 years—serving as the Global Brand Director for the past seven and working closely with Pollard the entire time. Meanwhile, Andy Hyjtan leads the brand’s product development side. Hyjtan worked at Line for a number of years, as well, and most recently engineered skis at Armada.

“So these guys [Malczyk and Hytjan] are basically tracking to be presidents and CEOs,” says Pollard. “Then I come in and ask them not just to take a step back, but to scrap everything, take many steps back, and build something from scratch. Luckily, they joined, and now it’s four of us just trying to plug every hole in the boat before we really set sail.”

As for the name of the brand—it’s another simple and pleasant story. Pollard explains that even in today’s divided world, the winter season is the most fundamental thing all skiers and snowboarders share in common. Thus, Season Eqpt. was born.

“It’s just the season we love,” he says—very matter-of-fact. “For us, winter isn’t a season. It’s the season.”

“Our logo resembles a rangefinder from my utilitarian camera concept,” says Pollard.